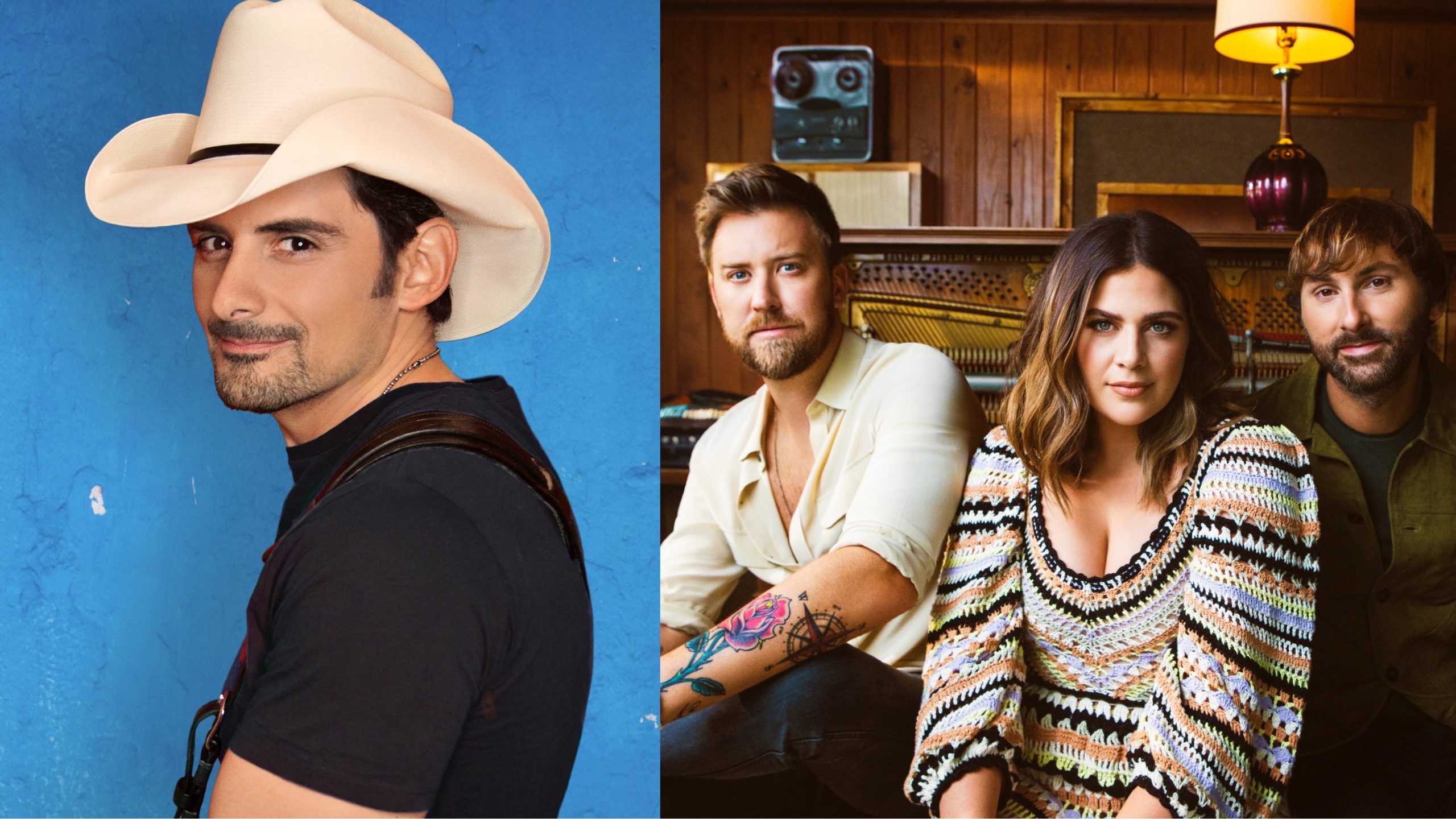 Paisley is one of the genre’s most decorated solo artists. Over the past 20 years, Paisley’s songwriting and showmanship have won him numerous awards, including three Grammys, two American Music Awards, 14 CMA Awards and 15 ACM Awards, among others. A member of the Grand Ole Opry since 2001, Paisley has written 21 of his 24 No. 1 hits, and became the first artist to achieve 10 consecutive Billboard Country Airplay No. 1 singles, amassing nearly 4 billion on-demand streams throughout his catalog.

Since their debut over a decade ago, Lady A has ushered more than 18 million album units, 34 million tracks sold, nearly five billion digital streams and 11 No. 1 hits. The trio, which consists of Hillary Scott, Charles Kelley and Dave Haywood, earned the biggest first week streams of their career with their No. 1 album Ocean. Known for their 9x Platinum hit “Need You Now,” which is the highest certified song by a country group, they have earned CMA Vocal Group of the Year trophies three years in a row, as well as five Grammy awards, Billboard Music Awards, and more, and were recently inducted as members of the Grand Ole Opry.

Fox Rothschild LLP served as legal counsel to HarbourView in the transaction. Both Paisley and Lady A are represented by Greenberg Traurig, LLP’s Jess L. Rosen. Terms of these transactions were not disclosed.