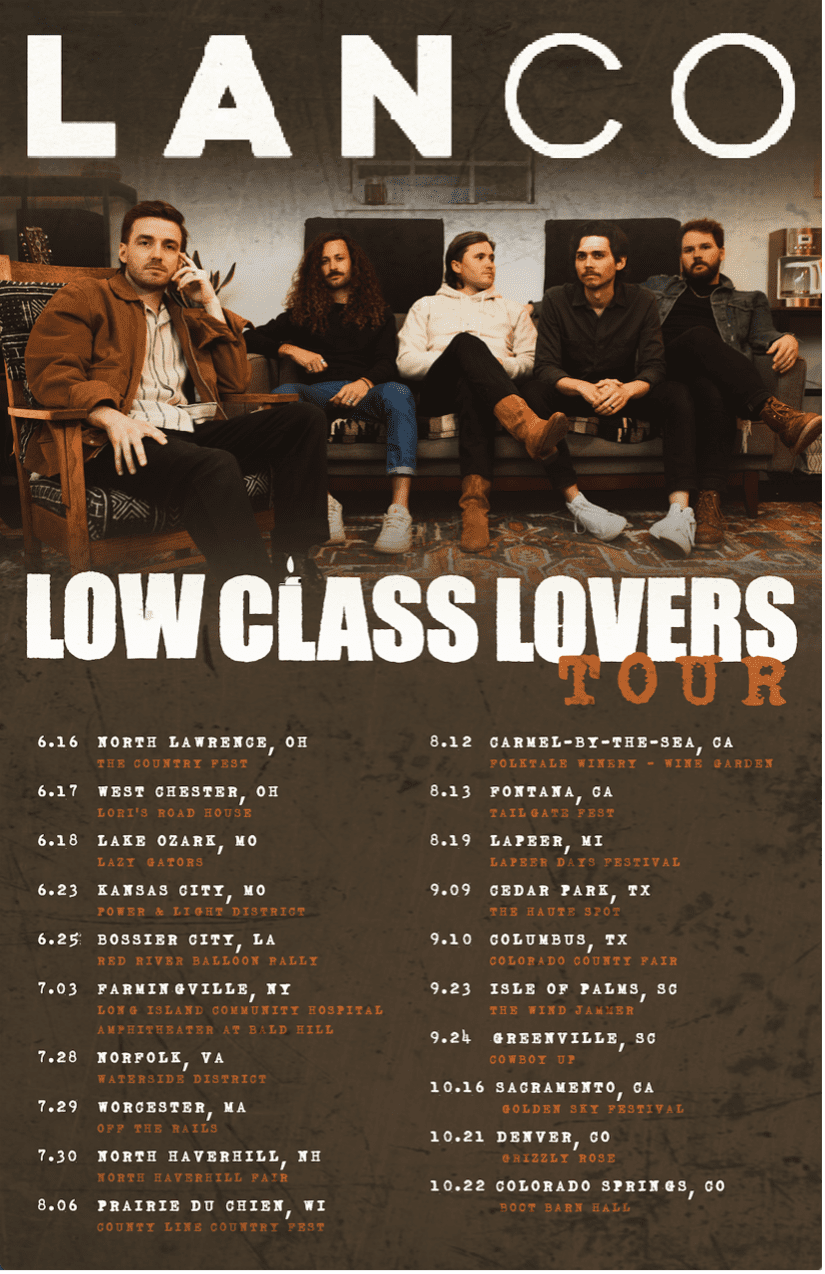 Lanco is set to kick off their headlining “Low Class Lovers Tour” on June 16 in Ohio. The 20-date run, named after their new single, has the group crisscrossing the country throughout the fall with stops in Kansas City, Norfolk, Denver, Sacramento, and more through October.

“The Low Class Lovers Tour” announcement comes on the heels of Lanco’s radio success as they were recently named iHeart Radio’s Bobby Bones Show National Spotlight Artist of the Week.

Solely written by lead vocalist Brandon Lancaster and produced by Jay Joyce, their single “Low Class Lovers” tells the story of finding happiness through experiences and is the follow-up chapter to their double Platinum, multi-week No. 1, “Greatest Love Story.” 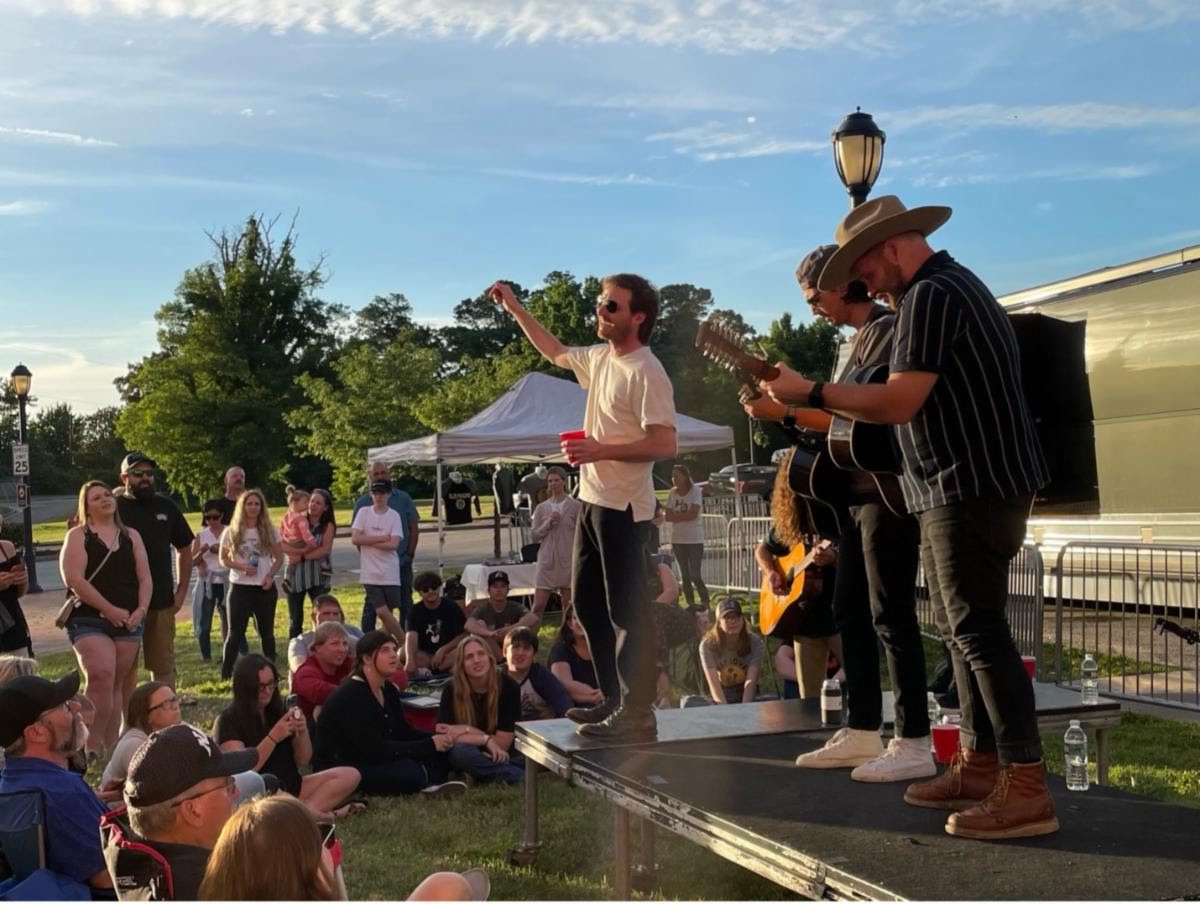 This past weekend the band showcased their dedication and adaptability when the power at The Beacon Theatre in Hopewell, Virginia went out and prevented them from playing. Lanco quickly pivoted and set up a stripped-down stage in the park across the street from the venue where they performed an acoustic set and met with fans.

Lanco will make multiple appearances at this week’s CMA Fest prior to kicking off their tour. Fans can catch their two CMA Fest performances at the Ascend Amphitheater (June 10) and the Chevy Riverfront Stage (June 12).