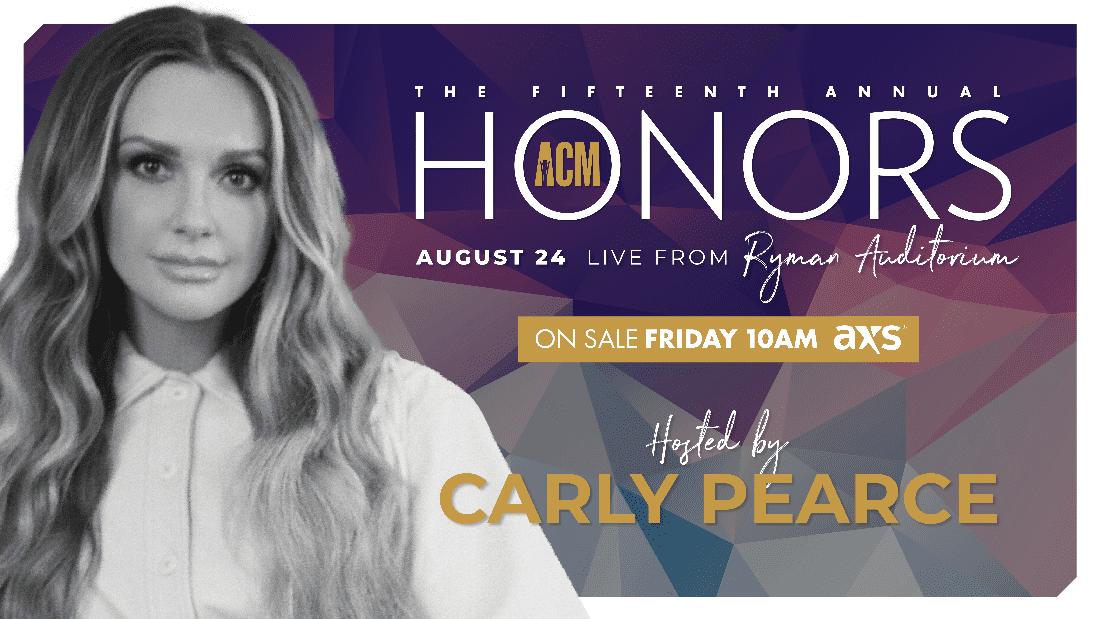 Carly Pearce is returning for a second year to host the 15th Annual Academy of Country Music Honors on Aug. 24 at the Ryman Auditorium in Nashville.

Tickets will be available to A-List subscribers and Academy members through an exclusive pre-sale beginning Thursday, June 23, with general on-sale beginning June 24. A full lineup of tribute performers will be announced in the coming weeks.

“ACM Honors is one of my most favorite events of the year,” Pearce shares. “It is a privilege to once again host this special night and celebrate those who are making a profound impact on country music.”

“ACM Honors is shaping up to be an unforgettable night, honoring some of the biggest names and achievements in country music, all while also shining a spotlight on the studio recording musicians and industry professionals that make the music scene in Nashville and around the world possible,” adds Academy of Country Music CEO Damon Whiteside. “We’re so excited to have Carly back to host ACM Honors for her second year in a row, making the 15th anniversary of this event even more special with our reigning ACM Female Artist of the Year steering the show.”