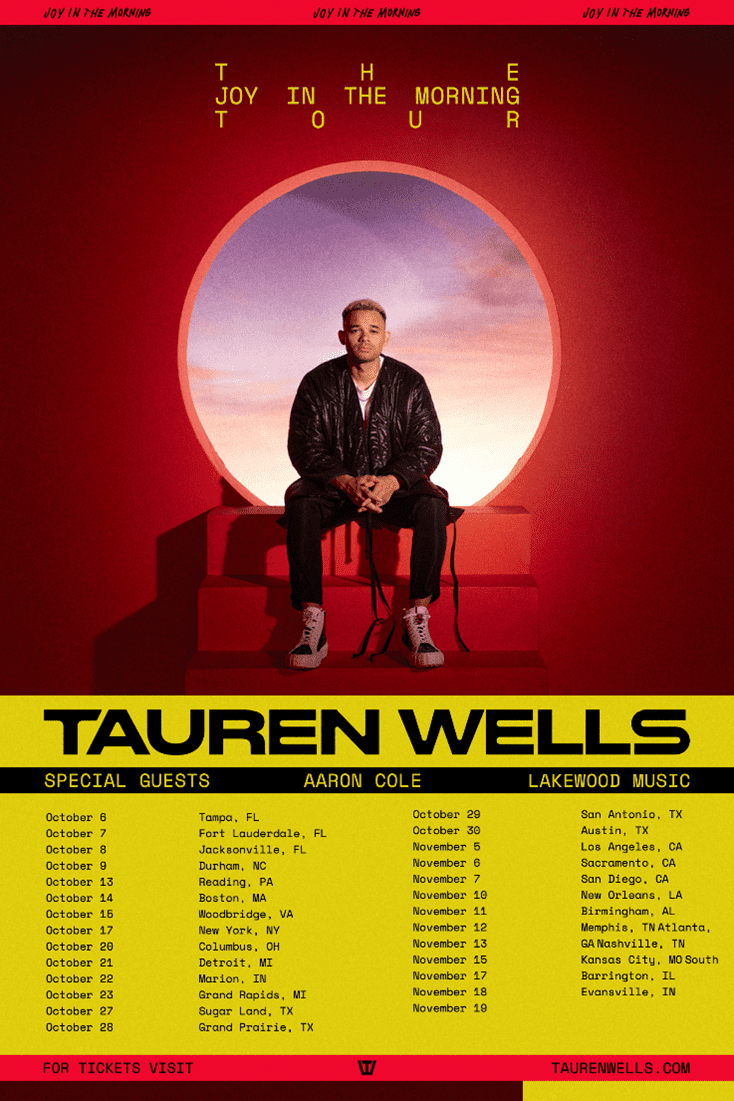 Tauren Wells is launching an extensive headline tour in support of his new album, Joy In The Morning, on Oct. 6 in Tampa, Florida. Aaron Cole and Lakewood Music will join as special guests on all dates.

The North American run will include stops at Los Angeles’ Orpheum Theatre, The Soundstage at Graceland in Memphis, The Tabernacle in Atlanta, and a show at Nashville’s Ryman Auditorium on Nov. 15. Tickets for the “The Joy In The Morning Tour” are on sale now.

“Performing is my favorite part of what I do. I love it,” says Wells. “I love the entertainment aspect of it–just being able to get out there and dance and sing and crack jokes and tell stories. It is life-giving and it’s a great privilege to have people showing up every night to go there together.”

Joy In The Morning will be released by Capitol Records/CCMG on June 10. Wells will celebrate with an appearance at the Grammy Museum L.A. Live on June 13. The evening, which is part of the museum’s “The Drop” series, will feature an intimate conversation with Wells, moderated by television host Jason Kennedy, and a performance.

Wells, who is nominated for KLOVE Fan Awards Male Artist of the Year, will co-host the awards with Matthew West at the Grand Ole Opry House in Nashville on May 29. The show airs on TBN on June 3.