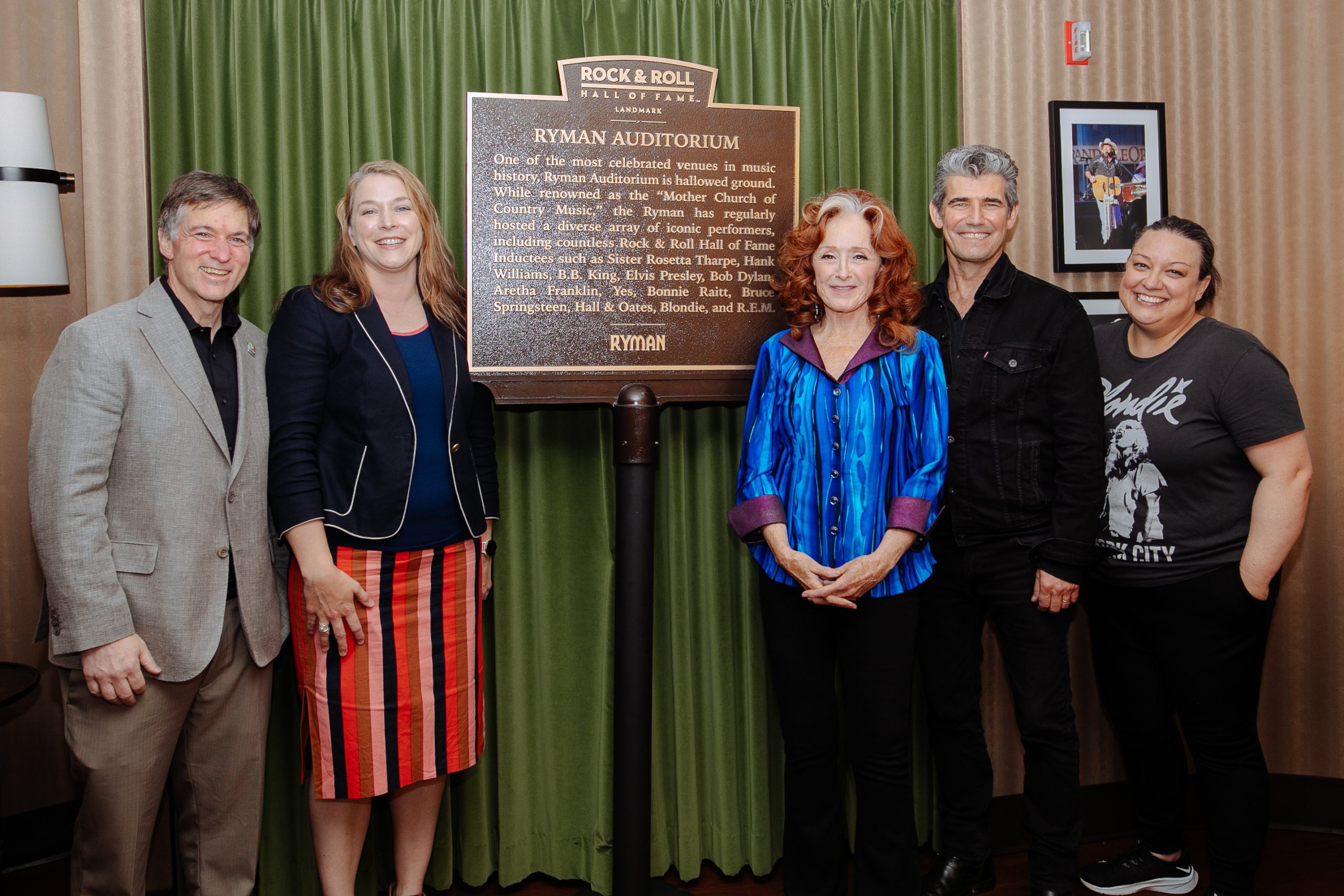 Joined by Nashville Mayor John Cooper and Old Dominion, a historic marker was unveiled to celebrate the milestone. The Ryman, currently celebrating its 130th anniversary, now joins 11 other rock & roll landmarks throughout the country, including Austin City Limits and Whisky a Go Go.

“It’s spiritual, and it’s one of the reasons she’s called the Mother Church. Like any good mother, she commands respect and makes you feel at home. As Music City and country music continue to expand around her, she remains the center of the family,” shares Matthew Ramsey, lead vocalist of Old Dominion. “She’s a beacon and a bucket list experience for us all, creators and fans alike.”

The Ryman and Rock Hall also announced a multi-year partnership, which will include a new daytime tour exhibit at the Ryman scheduled to open later this year featuring the Rock & Roll Hall of Fame inductees who have graced the Ryman stage over the years.

“The Ryman is one of the most storied music venues in the world. With an unmatched role in popularizing country music—one of the pillars of rock & roll—its legendary stage has hosted performances by a staggering number of Rock & Roll Hall of Fame inductees and continues to do so today,” adds Harris. “We recognize the significance of Ryman Auditorium and are thrilled to designate this iconic venue as a Rock & Roll Hall of Fame landmark.”

“The Ryman has played an important role not only in the history of Nashville, but in country music and rock & roll as well,” Raitt explains. “This stage holds a special place in my heart as I’m able to perform live with many of the incredible Nashville songwriters in the audience whose work has enriched my life and music. I’m honored to help pay tribute to of one of America’s great rock & roll venues.”