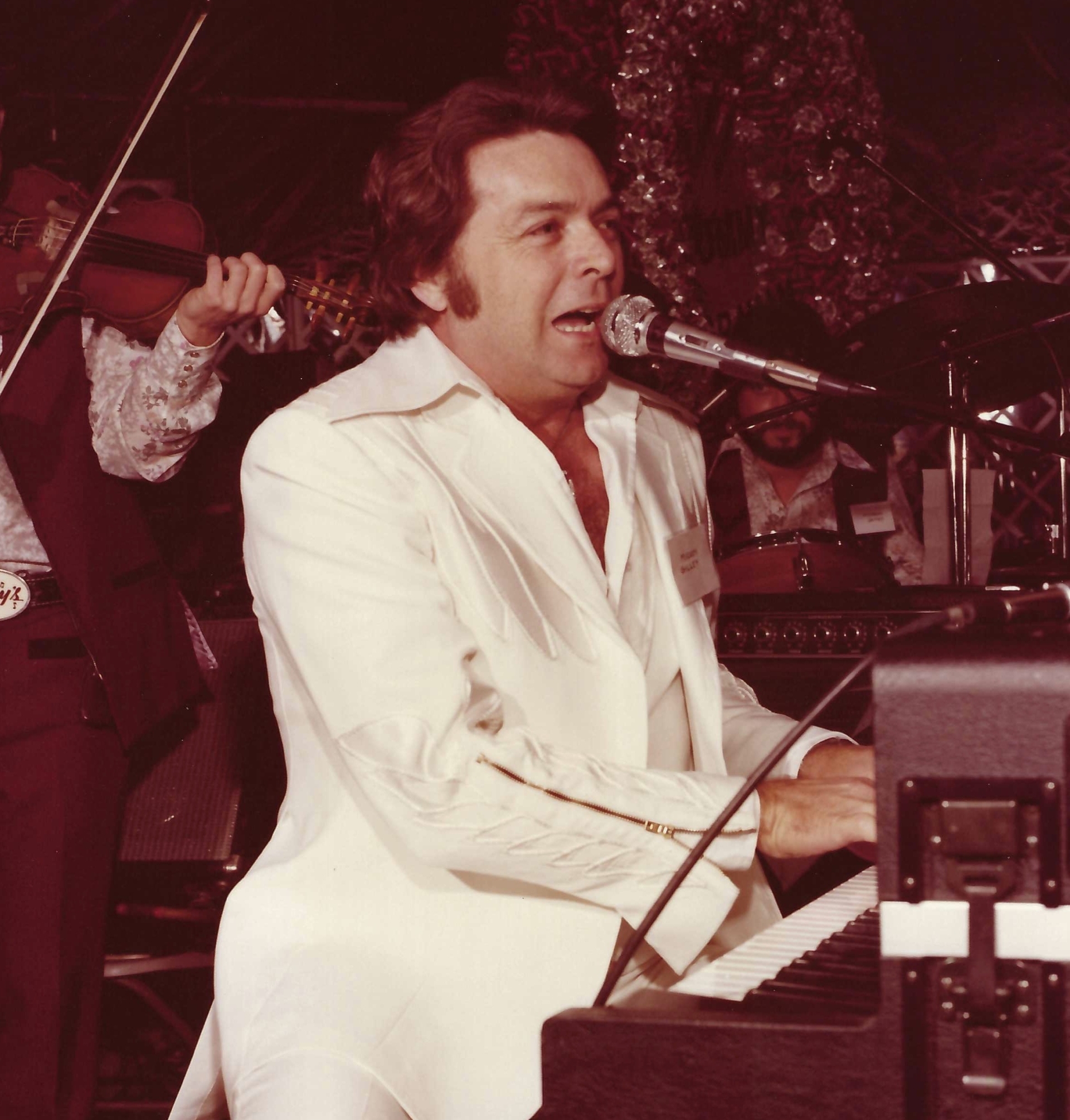 Numerous artists and music industry members have offered tributes and memories of the late country singer and actor, Mickey Gilley, who passed away on Saturday (May 7).

Known for launching the Urban Cowboy movement in country music, Gilley celebrated 39 top 10 hits and 17 No. 1 songs throughout his career, including the enduring “Stand By Me,” “Room Full of Roses,” “Lonely Nights,” “Chains of Love,” “Honky Tonk Memories,” “She’s Pulling Me Back Again,” and “Here Comes the Hurt Again.”

The Academy remembers Mickey Gilley. Gilley won 5 ACM Awards in 1976, including trophies for Top Male Vocalist, Album of the Year for Gilley’s Smoking, and Entertainer of the Year. In 2005, he was presented with the ACM Triple Crown award. pic.twitter.com/oJvJ52kFnX 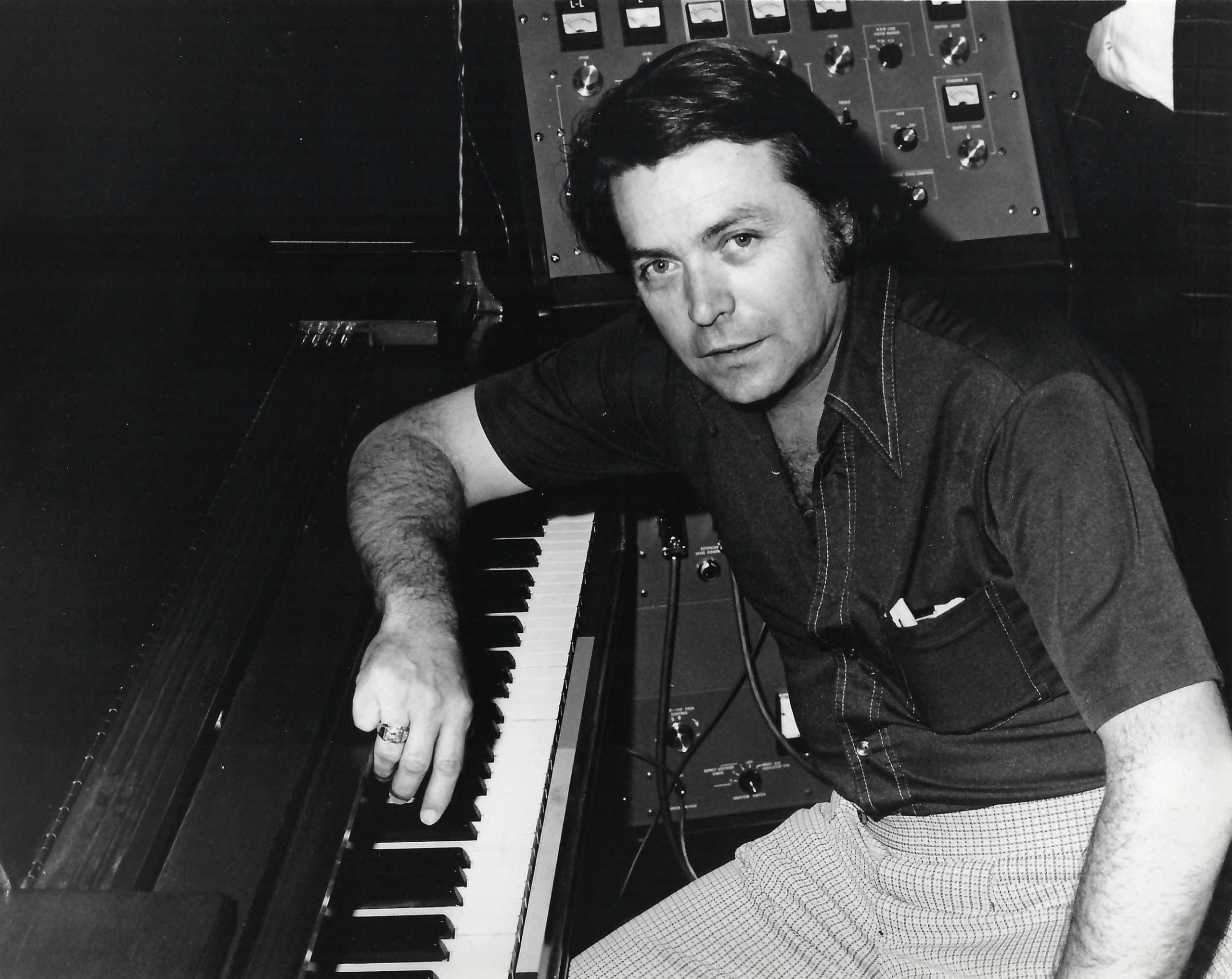 A native of Natchez, Mississippi, Gilley was known for his blend of Louisiana rhythm and blues with country-pop. His two famous cousins, Jerry Lee Lewis and Jimmy Swaggart, also influenced his music. He earned numerous accolades including six ACM Awards, a star on the Hollywood Walk of Fame, and was inducted into the Texas Country Music Hall of Fame in 2011. He was one of a select few artists to receive the Academy of Country Music’s Triple Crown Awards.

“I heard Mickey Gilley’s hit version of my song, ‘City Lights,’ on the radio Friday, and marveled for the ump-teenth time at what an incredible record it was. I never dreamed that one day later I would be mourning his passing. He was a great artist, a good friend, and like the rest of our country community, I sure will miss him.” – Bill Anderson

“I am so very saddened by the death of my cousin Mickey Gilley. He and Jimmy Swaggert are like brothers to me. We are asking for prayers for his wife, Cindy and his entire family. I’m sad and praying. I loved him very much.” – Jerry Lee Lewis, cousin of Mickey Gilley and Rock and Roll Hall of Fame member

“With the passing of Mickey, the music world has lost a giant. I don’t think there is any argument about that. Mickey, Jerry Lee and myself were raised together. We learned to play piano together. I remember the day that he came to me and said, ‘Jimmy, I want to learn to play the piano.’ We were only about 10 years old. He had already taught himself to play guitar and had done very well. I remember showing him several chords on the piano, and he took it from there. I might quickly say that he took it very well–as everyone has seen for themselves for over a half-century. But alongside all of his achievements in music, the thing that thrilled me the most was that some time ago he called me and said, ‘Jimmy, I’ve made things right with the Lord.’ I saw an immediate change in his life in these last few days and that is the thing that’s far more important to me. The music world will miss him. And the work of God will miss him as well. I will miss him. Our prayers are with his family and friends during this time.” – Reverend Jimmy Swaggart, cousin of Mickey Gilley and Pentecostal televangelist

“Working with Mickey Gilley was undoubtedly one of the top highlights of bringing the Urban Cowboy story to both record and film audiences. Mickey was the real deal and a key component of the ‘Urban Cowboy’ story. He will be missed greatly.” – Irving Azoff, music executive and producer of Urban Cowboy

“Mickey Gilley was more than just a legend to me. I loved him like a brother. We enjoyed a closeness that came from working towards goals that many suggested were unachievable. He was a kind, thoughtful fun-loving friend and partner through the process of making music and his generosity of spirit pulled the best from everyone with whom he worked. I’m overcome with a sadness that only the memory of his mischievous smile, beautiful soul and our special time together can erase.” – Jim Ed Norman, music executive and Mickey Gilley’s longtime producer

“Been a friend of Gilley’s for 50 years. He was one of the good ones–I loved playing Gilley’s in Texas, we played it many, many times. The fact is, that’s where I first met Mickey and Johnny Lee and ol’ Sherwood Cryer. I’m sure going to miss my old friend.” – Bobby Bare, Country Music Hall of Fame member

“The Academy is saddened to lose one of our greats today. He is a seven-time ACM Awards winner including our Entertainer of the Year in 1976 and prestigious Triple Crown award in 2005, which few artists have achieved. His impact on country music, film, and television, can never be understated and will never be forgotten. We’ll always keep this urban cowboy in our hearts, and we send our deepest sympathies to his family and fans around the world.” – Damon Whiteside, CEO, Academy of Country Music

“I’m so very sorry to learn that our good friend and incredible legend in country music, Mickey Gilley has passed. A great singer and a great showman–and always a great friend. Please send your prayers out for his family.” – Gene Watson

“I enjoyed working on Mickey Gilley records as a backup singer, with the great Eddie Kilroy as producer. One of the first big concerts I played was Gilleys in Pasadena, TX and was amazed at the bucking bull machine! Mickey’s image and memory will be forever.” – Janie Fricke

“I am heartbroken by the passing of Mickey Gilley. I started out my career opening for Mickey. He was such a great person and entertainer. I have loved him ever since.” – Crystal Gayle

In memory of MICKEY GILLEY … pic.twitter.com/8yJir1KFJC

“My heart will forever break over the loss of my dear friend Mickey Gilley. He believed in me when no one else did. Losing Gilley feels like a bad dream and sadly it’s not. He loved his fans more than anything in the world and taught me everything I needed to know about country music. He always told me if I thought it was going to rain, to always grab my umbrella. My prayers are with Cindy during this very difficult time.” – Johnny Lee

“Every loss to our country music community is a great loss, but this one hits close to home for me. It breaks my heart! Mickey Gilley was one of my musical heroes. No one could play a honky tonk piano better than Gilley, and no one had a better time on stage than Gilley. After his accident took away his ability to play, he often called me to play piano for him when he was in Nashville. He said I sounded more like Mickey Gilley than he did. That’s one of the greatest compliments I’ve ever had or will ever have. Not long ago, Jeannie Seely and I opened for Mickey at a festival in Illinois. He invited me on his bus where we visited for over an hour. I don’t know if he even realized how special that time was for me. My prayers go out to Cindy and the rest of his family and friends. Tonight I’m playing a show in Kentucky, and you can bet I’ll be singing “The Girls All Get Prettier At Closing Time” in honor of Mickey Gilley and the honky tonk sound he loved.” – Tim Atwood

“My heart is broken at the loss of Mickey. I treasure all the times we got to work together and there were never enough. He and Johnny Lee brought a new dimension to country music with the urban Cowboy trend and brought new fans to the genre. Whether it was a boogie or a ballad, Mickey made it his own, no matter how many times it had been done before, and it would become my favorite version. He was loved and respected and he will be so greatly missed.” – Jeannie Seely

“I grew up on Mickey Gilley music! What a great loss. He was a true stylist! Seeing him live in concert as a kid, and the way he owned the stage…helped me realize that being an entertainer was often as important as the music itself. My deepest sympathies go out to his family. He will forever be a legend and rightfully so!“ – Heidi Newfield

“When I learned of the passing of Gilley my heart just sank! What a trailblazer he was his entire career!! Being a fellow Texan of course, his music blared on my radio and record player and 8 track player!! And then, Urban Cowboy, Gilley’s in Pasadena, he is a member of the Texas Country Music Hall of Fame I am just getting started with all of his accolades. He used to sit and listen to me sing at the piano bar where I played for several years at the Sheraton Music City. He was an encourager to me and he was my friend. RIP Gilley.” – Linda Davis