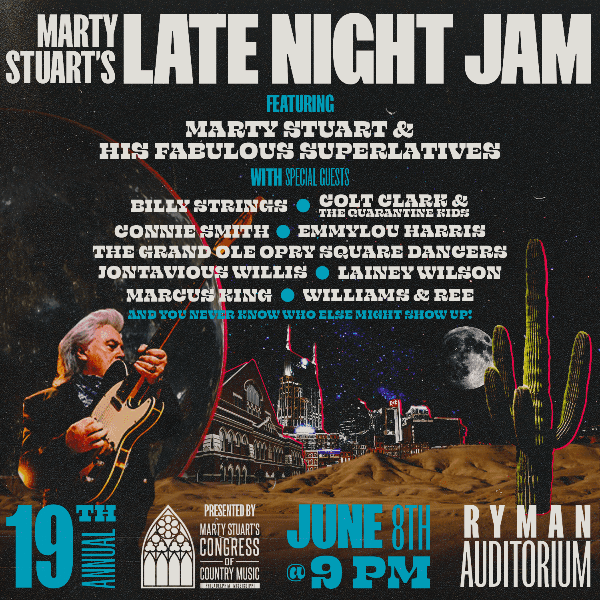 Marty Stuart’s 19th “Late Night Jam” will return to the Ryman Auditorium on June 8 after a two-year hiatus due to the pandemic.

“It’s been two years since the last Late Night Jam. It’s wonderful to think about gathering at the Mother Church of Country Music again and making music,” shares Stuart. “Some of the most memorable musical moments I’ve ever experienced happened on the stage of the Ryman at previous ‘Late Night Jams.’ I have no doubt that I can count on that same magic to occur this year.”

Tickets for Stuart’s “Late Night Jam” will go on sale on May 6 and can be purchased here.

This year’s ‘Late Night Jam’ will raise funds for Stuart’s Congress of Country Music project which is currently in development in Philadelphia, Mississippi. Previously, the event has benefited MusiCares, as well as the victims of the Nashville flood, giving away hundreds of thousands of dollars over the years.