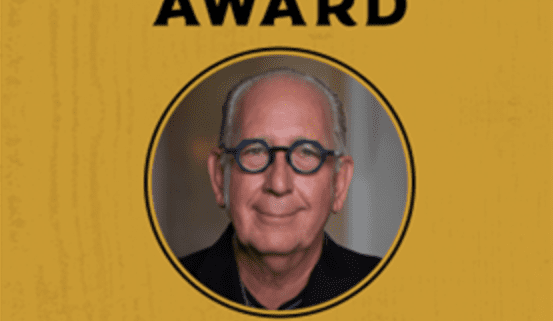 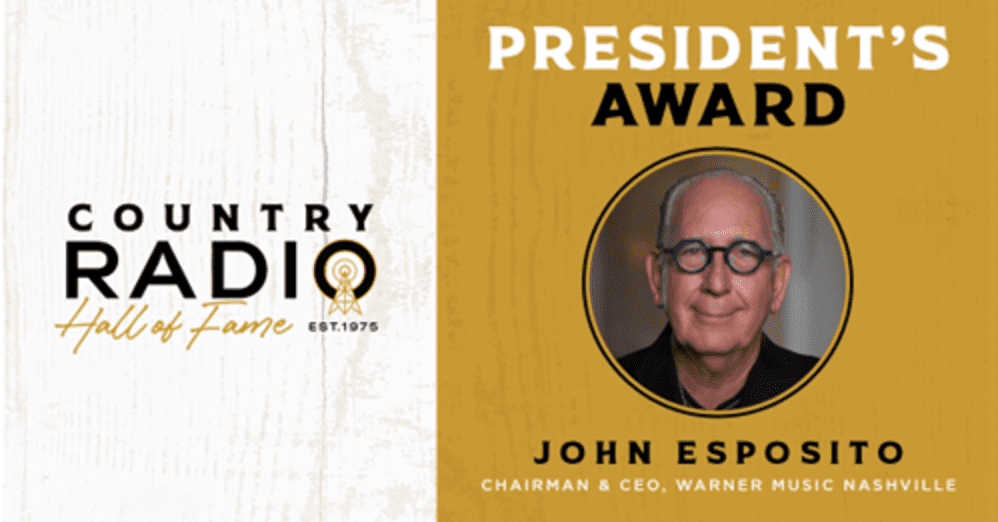 Esposito has been chairman of the board of the CMA, governor of the Nashville Chapter Board of NARAS, and an Executive Committee board member of the Country Radio Broadcasters Association. He is vice-chairman of the T.J. Martell Foundation National Board and currently serves on the CMA Foundation board. The Music Business Association awarded Esposito its Presidential Award for Outstanding Executive Achievement in 2016, and in 2017 he was named the inaugural recipient of the Innovation in Music Awards’ Innovator of the Year Award and received an honorary doctorate of music from Monmouth University.

“John Esposito is well-known as a music business visionary, a leader, a mentor. He’s true friend to artists and to country radio,” shares CRB/CRS Board President, Kurt Johnson. “It’s hard to adequately capture the impact Espo’s had on Music Row over the past twelve years. But we will try. This will be a singularly special evening. Join us as we raise a toast to an icon.”

The CRB President’s Award is presented to an individual who has made a significant contribution to the marketing, production, growth, and development of the Country Radio Seminar and the multiple services that Country Radio Broadcasters provide to the country radio and music communities. Previous CRB President’s Award recipients include Beverlee Brannigan, Sarah Trahern, Mike Dungan, Charlie Morgan, Bob Kingsley, Joe Galante, Erica Farber, and more.

The Country Radio Hall of Fame will be held on June 30 at Virgin Hotel Nashville. Inductees will be honored at the event, including off-air honorees Becky Brenner and Barry Mardit and on-air honorees Whitney Allen, Debbie Conner, Cathy Martindale, and Rachel & Grunwald. Individual tickets are available for purchase here.