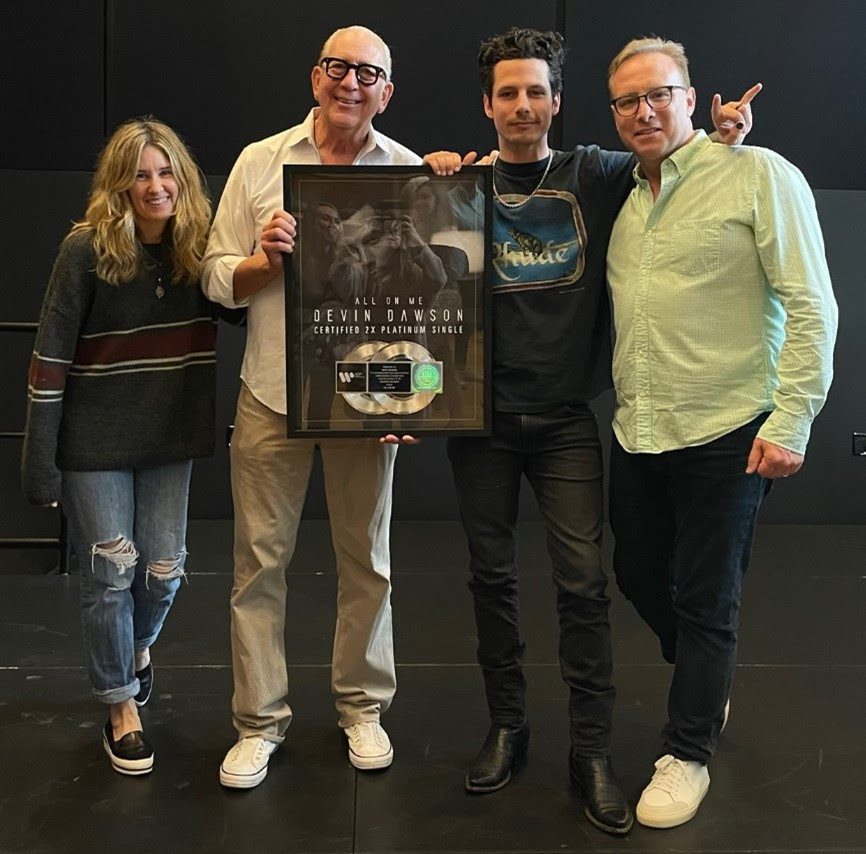 Devin Dawson was surprised on Monday (May 9) by his label Warner Music Nashville with a plaque commemorating the double Platinum certification of his standout debut single, “All On Me.”

Featured on his debut album, Dark Horse, the song has been streamed nearly 450 million times.

Dawson has been busy in recent months with collaborations, and was recently featured on the No. 1 smash “One Beer” with Hardy and Lauren Alaina. Dawson also co-wrote Blake Shelton’s Grammy-nominated, multi-week No. 1 “God’s Country.” 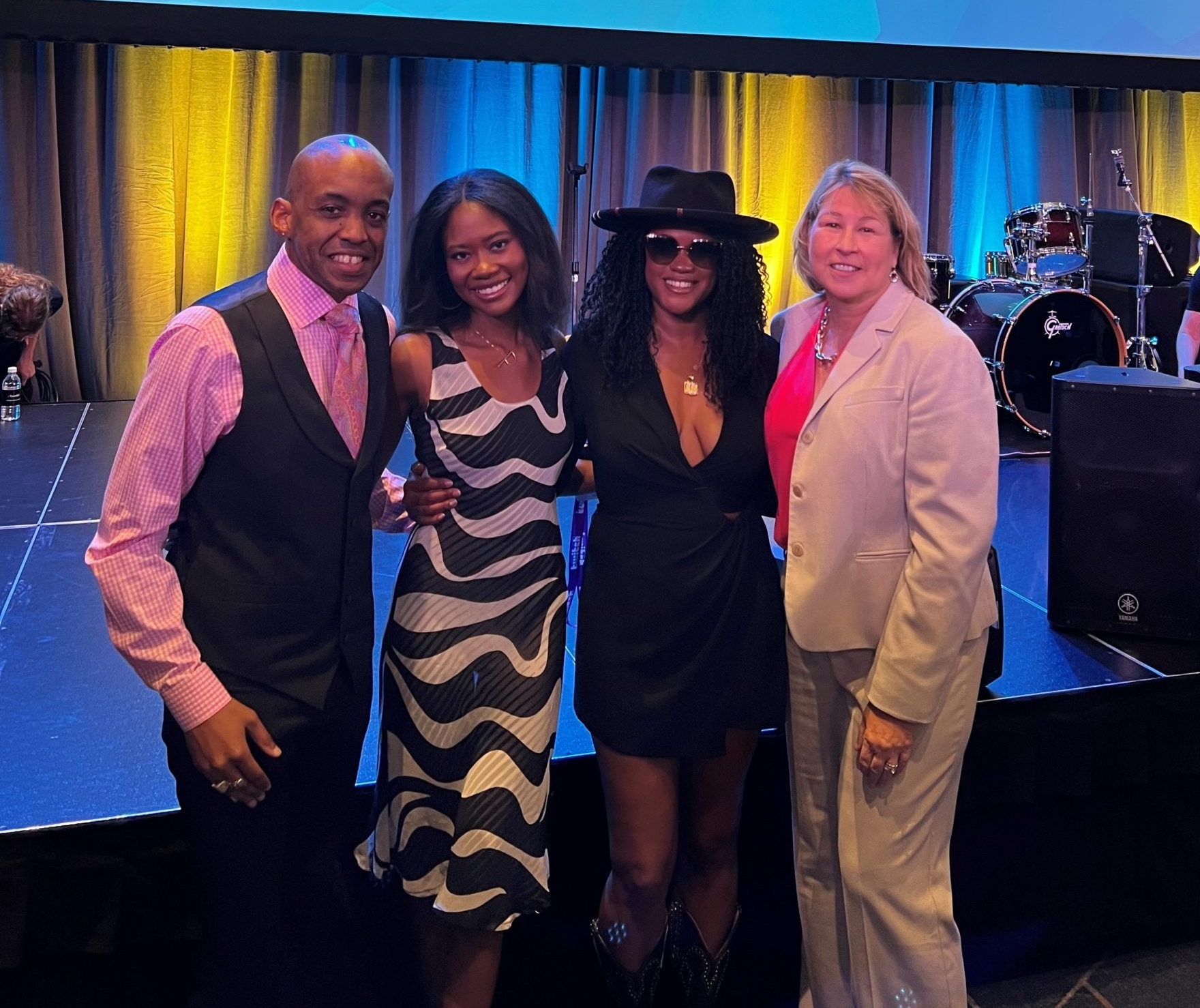 The CMA hosted the Music Biz Brunch on May 10 during the annual Music Biz 2022 Conference at the JW Marriott hotel in Nashville.

O.N.E the Duo, comprised of mother Tekitha Washington and daughter Prana Supreme Diggs, took the stage alongside Dowling for a conversation on the intersectionality of storytelling in all genres, the dynamic of making music as mother and daughter and intentionality of their creative approach, as well as their experience writing and recording in Nashville.

Following the interview, the group treated the crowd to a stirring performance. 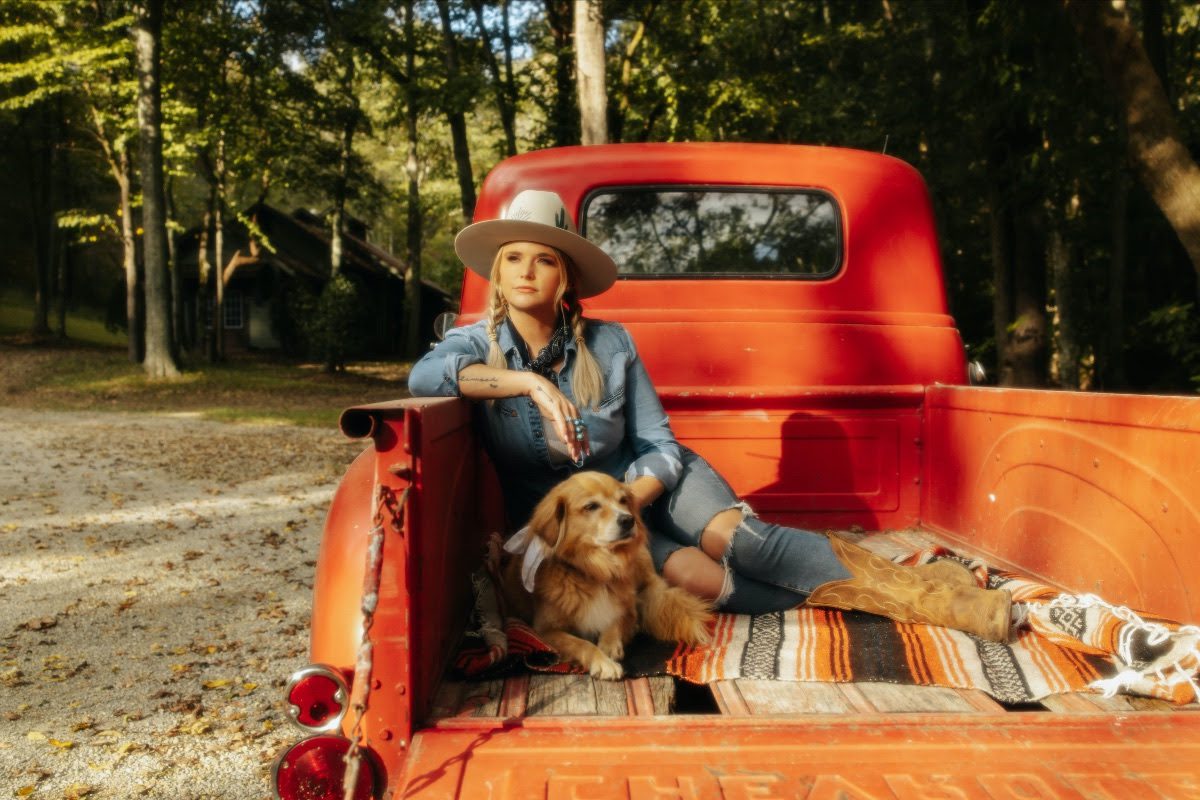 ACM Lifting Lives is awarding two grants in honor of Miranda Lambert in 2022, continuing a longstanding tradition of honoring each Entertainer of the Year winner by supporting their selected charities.

Lambert’s MuttNation Foundation has raised over $6 million since its inception to help promote the adoption of rescue pets, support animal shelters across the country, advance spay & neuter and assist with the transport of animals during times of natural disaster. 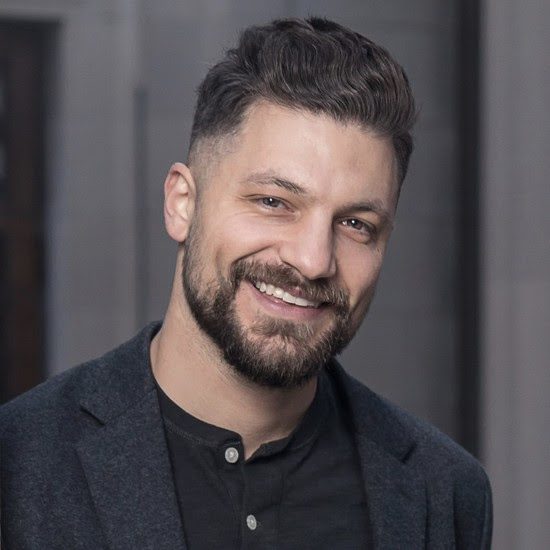 PLA Media has appointed William Kriedberg to Publicity Account Executive. In this role, he will spearhead the publicity and social media campaigns and expand the reach for PLA clients.

Kriedberg got his start as a temp at UMG and Sony Music in New York before moving to Nashville in late 2015. Catch This Music hired him to begin booking country artist Scott Stevens, and he then joined the Kinkead Entertainment Agency.

Other stints include SiriusXM and management company Latitude Entertainment Group as PR and Management Coordinator with the company’s flagship artist, Creed Fisher.