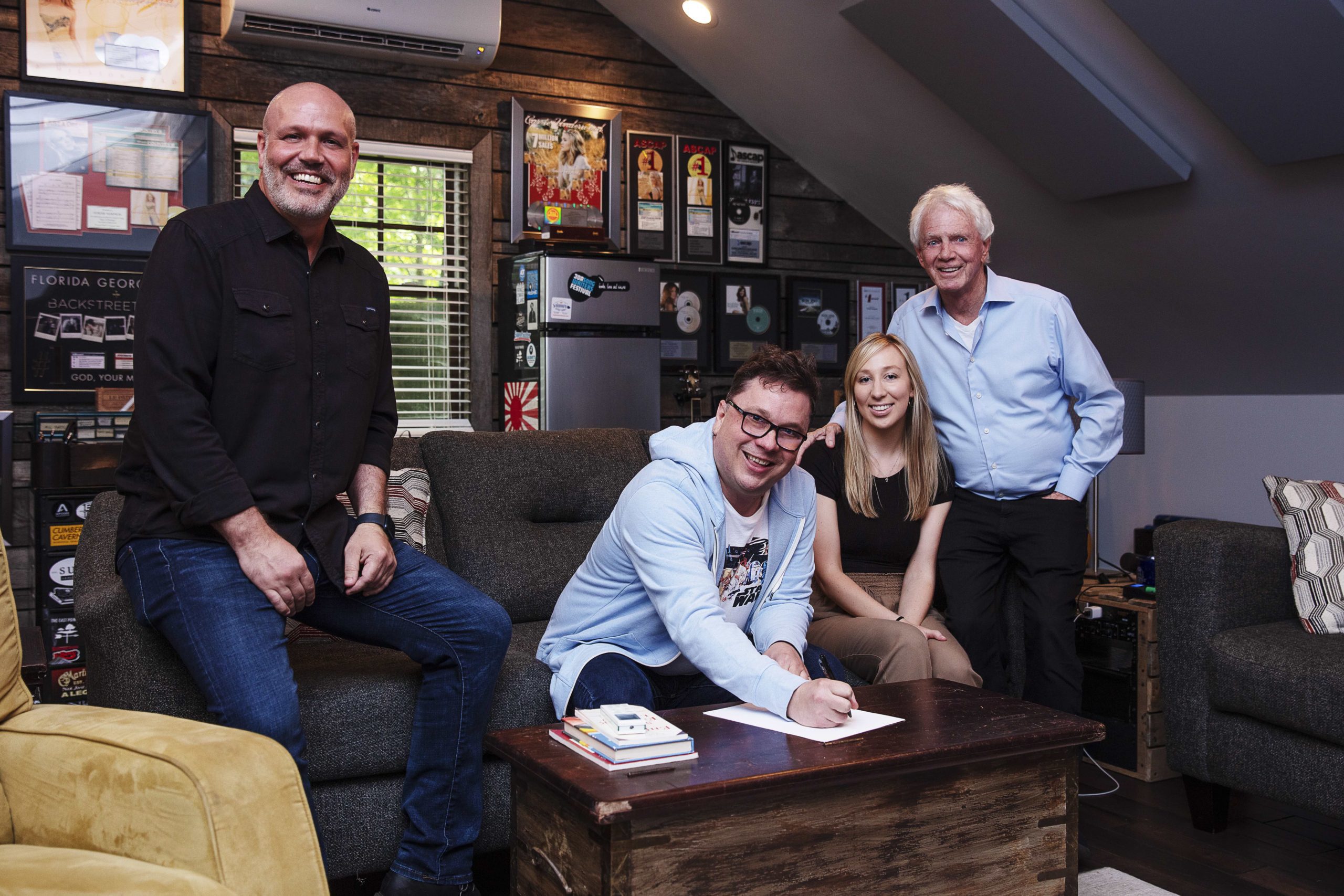 Sampson began his career in his native Canada, enjoying top 20 success as a guitarist and singer in his band Realworld, and later as a solo artist, releasing three award-winning albums. Upon moving to Nashville, he earned a co-writing credit on Carrie Underwood’s Grammy-winning smash “Jesus Take The Wheel.”

He has since had hundreds of songs recorded by artists ranging from Guy Clark (“My Favorite Picture Of You”) to Luke Bryan (“Knockin’ Boots”). A talented songwriter, instrumentalist, and producer with multiple No. 1s, Sampson’s catalog includes cuts by Faith Hill, Keith Urban, Rascal Flatts, Florida Georgia Line, and more.

“From the first time I heard Gordie’s music, I was completely blown away,” notes Sheltered Music SVP Darrell Franklin. “I’ve been a huge fan of his ever since. Gordie brings it all. He is as strong musically as he is lyrically, and his music always brings a unique identity and sound to to whatever he writes. Gordie is going to be such a great addition to this roster in Nashville and so proud to have him onboard.”

“I am wholeheartedly excited to be joining the Sheltered team,” Sampson adds. “Their combined experience and legacy in publishing is undeniable and I look forward to being part of the momentum as they go forward.”