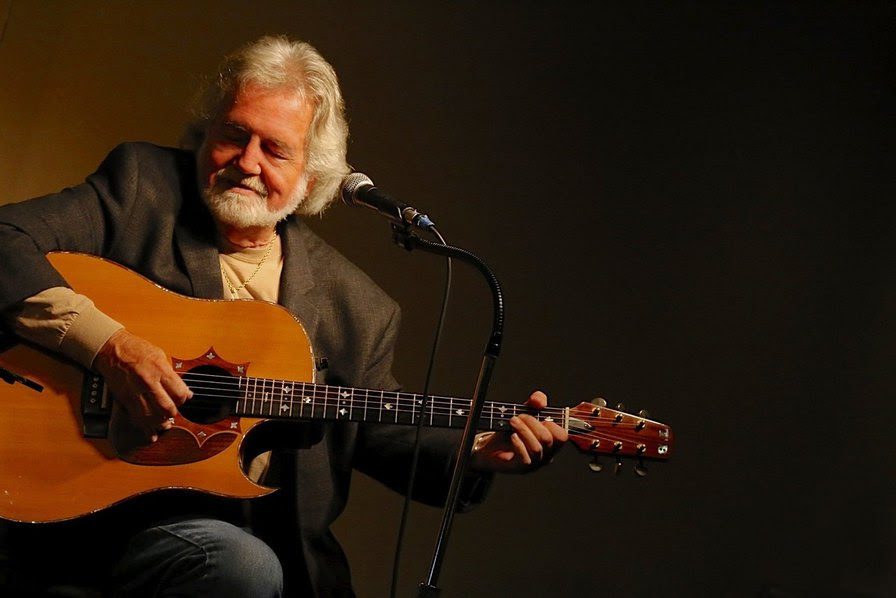 Bresh was widely admired as a showman by his peers. In addition to his dazzling instrumental skills, he was a fine humorist, a songwriter, an impressionist, a designer of guitars and a TV personality. He was the son of Country Music Hall of Fame member Merle Travis (1917-1983), whose guitar legacy he carried forward. On disc, he collaborated with Chet Atkins, Jerry Reed, Hank Thompson, Lane Brody and Steve Wariner, as well as his father.

Following her 1947-48 liaison with Merle Travis, Bresh’s mother Ruth Johnson married photographer Bud Bresh. They raised Thom as their son in Southern California. As a young man, Thom Bresh learned that Travis was his biological father, but he vowed out of respect to not speak of it until after Bud Bresh’s death (in 1987).

He was precocious as a musician, initially performing at age 3. By age 7, he was working as a juvenile stunt man in cowboy movies. He first entertained as a musician on TV at age 11 in Los Angeles.

During his high school and college years, Thom Bresh studied music theory and orchestrations. He appeared on stage in productions of the musicals Finian’s Rainbow, The Music Man and Harvey. He performed in a rock band called The Crescents, which charted with its instrumental “Pink Dominos” in 1964. At age 16, he appeared with western-swing bandleader Hank Penny in Las Vegas.

In 1971, he recorded the topical single “D.B. Cooper Where Are You” for Kapp Records. He next signed with MGM for a flurry of singles in 1974. He hit pay dirt on Farr Records with “Home Made Love,” followed by “Sad Country Love Song” (1976).

Bresh relocated to Nashville, signed with ABC-Dot and issued two albums and six singles in 1977-79. These included a remake of Merle Travis’s co-written “Smoke! Smoke! Smoke! That Cigarette” (1978), on which Bresh included 13 celebrity impersonations. All of his best remembered discs were produced by Jimmy Bowen. Thom Bresh was nominated as the ACM’s Top New Male Vocalist in 1977.

He hosted a Canadian TV series titled Nashville Swing. He also branched out into record production. His 1981 work with his father, Travis Picking, was nominated for a Grammy Award. He also produced Lane Brody’s 1983 recording of “Over You,” which occurred on the soundtrack of Tender Mercies and was nominated for an Oscar. He and Brody charted with a 1982 duet on Liberty Records, “When It Coms to Love.”

In the 1990s, Thom Bresh became popular in Europe. He opened for Brenda Lee in Las Vegas and appeared on the national television shows of Rich Little, Dinah Shore, Lee Greenwood, Barbara Mandrell and Mike Douglas. In 1996, he issued his instrumental CD, Wires to the Wood.

Thom Bresh became a producer/director for music videos, concert TV specials and home-video packages. He also designed several guitar models and was featured in the pages of Guitar Player and similar publications. Bresh was particularly noted for his double-sided stage guitar, dubbed Dualette. One side had steel strings, while the other was in a classical mode with nylon strings.

In the 2000s, Bresh became widely respected as a Nashville guitar instructor. He also indulged his passion for photography.

Thom Bresh was diagnosed with cancer of the esophagus in 2021. He died on May 23. Funeral arrangements have not been announced.