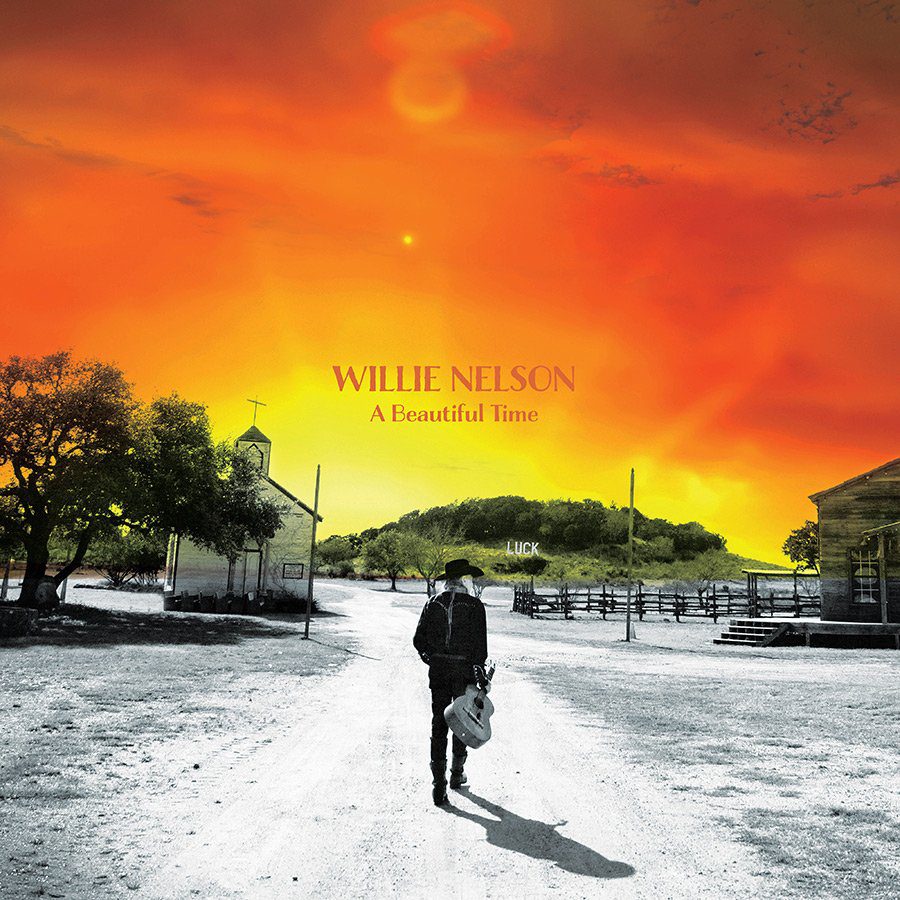 Diversity is the name of the game today at DISClaimer.

The Disc of the Day goes to living legend Willie Nelson. If you’d rather give the honor to a different, authentically country Texan, you couldn’t do any better than Wade Bowen.

MIRANDA LAMBERT / “Actin’ Up”
Writers: Jon Randall/Luke Dick/Miranda Lambert; Producers: Jon Randall/Luke Dick/Miranda Lambert; Label: Sony
–This new track finds our female superstar indulging in some real audio creativity. The spare, loopy track wobbles in echo and twang while she drawls the artfully crafted lyric of rebellion. If this is any indication, her upcoming Palomino album is shaping up to be a monster. Anticipation builds.

FANCY HAGOOD / “Bored”
Writers: Fancy Hagood/Alysa Vanderheym; Producer: Alysa Vanderheym; Label: Concord
–Don’t be put off by the acoustic, underproduced beginning. As the band kicks in, he muses about all the things we do to keep from facing our realities. We might lose our way, but there’s always a way to come back. Nashville has a large recovery community, and this could be its anthem.

WILLIE NELSON / “Tower of Song”
Writer: Leonard Cohen; Producer: Buddy Cannon; Label: Legacy
–Beautiful and haunting. Cannon’s production is exquisite: A bass thumps softly, an electric guitar twangs gently and Mickey Raphael’s harmonica blows mournfully as the master vocalist unspools this stunning Leonard Cohen ballad. This poetic, breathtaking performance will stop you in your tracks. The album it is drawn from, A Beautiful Time, will be out on April 30, the date of Willie’s 89th birthday.

CARL RAY / “Moments Like This”
Writers: Jacky Jack White/Carl Ray; Producer: Greg Cole; Label: Sucarnochee
–Previously noted for his “I Can See Clearly Now” tribute to his Houston mentor Johnny Nash and for his album Play That Country Music Black Boy in 2021, Carl Ray (Williams) offers a poignant ballad here. Steeped in steel guitar, it has a traditional country vibe, yet his performance has an unmistakably modern edge. The sweet, super-positive lyric is about savoring love, family and serenity.

ASHLEY COOKE & BRETT YOUNG / “Never Til Now”
Writers: Ashley Cooke/Matt Roy; Producer: Jimmy Robbins; Label: Big Loud
–Wonderfully romantic. This was previously an Ashley solo track, but the addition of Young lifts it into the stratosphere. Their vocal blend is extraordinary. The swirling song could easily find its way into wedding celebrations.

VALERIE JUNE / “Use Me”
Writers: Valerie June/Jennifer Decilveo; Producer: Jennifer Decilveo; Label: Fantasy
–The dreadlocked, genre-defying Valerie June mixes Memphis soul, jaunty pop, New Orleans brass and “Will the Circle Be Unbroken” country quotes on this dazzling outing. She earned an Americana Grammy nomination last year, and this sounds like it could be on the same path. Marvelously eclectic.

WADE BOWEN / “Phones Don’t Work”
Writers: Wade Bowen/Aaron Raitiere/Rhett Akins; Producer: Paul Moak; Label: Thirty Tigers
–Here is a steadfast, real-country Texan I’ve always admired. This rolling, yearning track finds him on a quest to find someplace in the great outdoors where she can’t get to him. I got lost in its many pleasures. A perfect performance. Wade’s sold-out showcase last month in Nashville’s Exit/In featured guests Miranda Lambert, Leroy Parnell, Rhett Akins and Charlie Worsham. The rest of you need to get on board, too.

JAMESON RODGERS / “Porch With a View”
Writers: Jake Mitchell/Brent Anderson/Hunter Phelps/Jameson Rodgers; Producers: Jake Mitchell/Chris Farren; Label: Sony
–This track from Jameson’s album Bet You’re From a Small Town is a country boy’s dream of buying a place in the country. As always, he’s as country as grits.