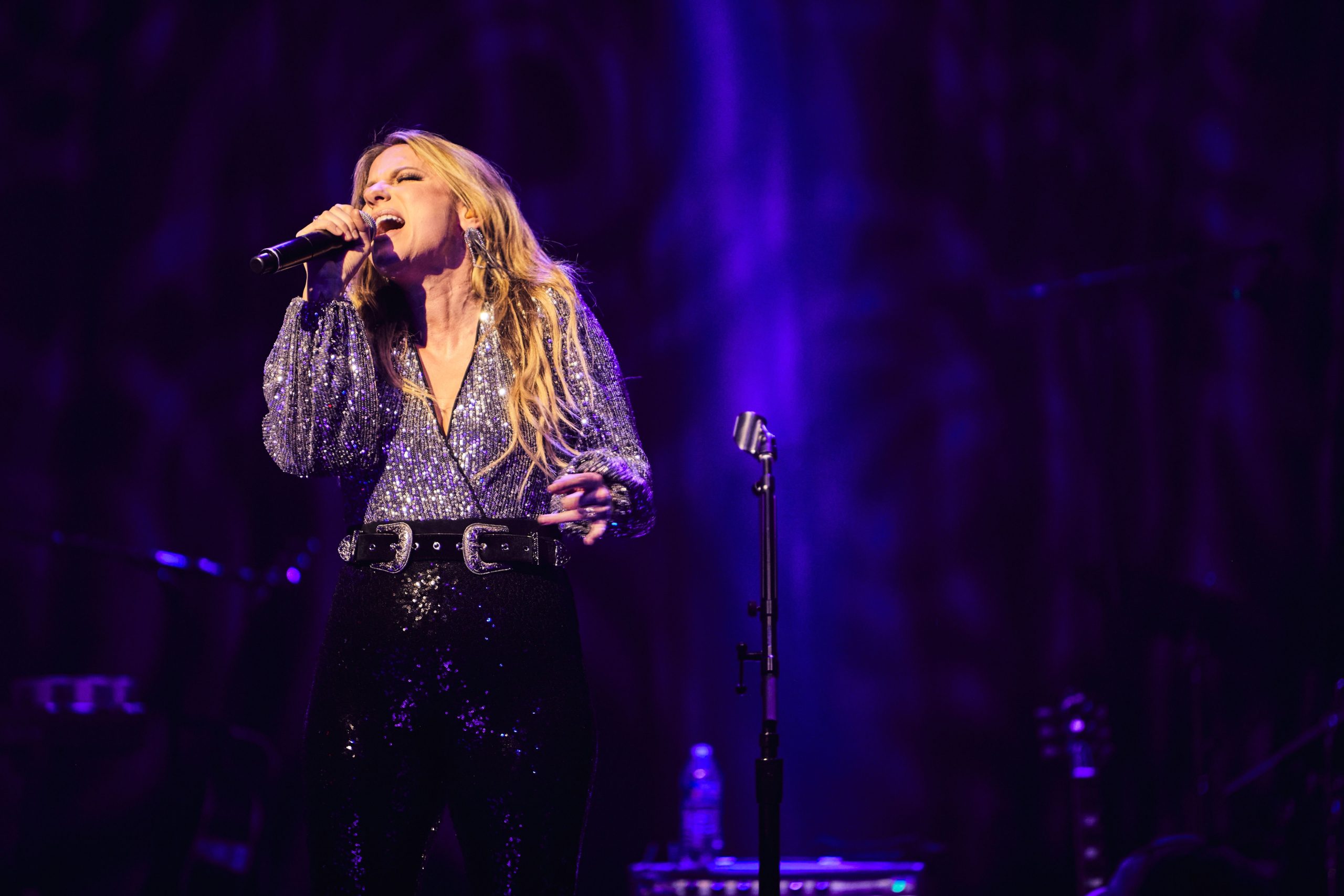 Monument Records star in the making Caitlyn Smith brought a set of highs, lows, and everything in between to Nashville’s Brooklyn Bowl on Thursday night (April 7). The special show also served as the precursor to the release of her brand new record, High, out now.

On the third stop of Smith’s headlining “The High & Low Tour 2022,” the evening opened with a special all-female, writer’s round-style set from Nashville songwriters Emily Weisband, Jillian Jacqueline, and Caylee Hammack. The trio shared stripped down versions of some of their original songs and swapped stories of their time in Nashville.

Kicking things off in full gear, Smith went straight into her tour and album’s namesake, showing off her soaring vocals early on in her stacked set. Backed by her four-person band and a stunning backdrop of red theater curtains, Smith shot off into fan-favorite, “Damn You For Breaking My Heart,” as well as the new, sexy tune “Good As Us.”

“It is so great to be here at Brooklyn Bowl with you. Thank you for being here tonight,” Smith gushed to the packed room. “We’re gonna go high, we’re gonna go low, we’re gonna feel all of the feelings. So let’s go.”

Knocking out some of her biggest fan-favorites from her first two studio albums, Smith gave glowing performances of “Put Me Back Together” with a mid-song break to sing a chorus of Cyndi Lauper‘s “Time After Time,” as well as a chilling version of “This Town Is Killing Me,” which serves as both her list of grievances and enduring love song to Music City as one of Nashville’s songwriters.

“I’m having the best night ever. Lots of cool things [are happening], and lots of new things! [I have] new music, which I’m really, really excited about,” the Minnesota native shared. “This [album] is really special to me because I decided to take a risk and produce the record myself, which was really fun, terrifying, and a lot of work. It taught me a million things, you guys, and so many lessons. I think the biggest one is that you should never, ever be afraid to just take a chance and just fly.” 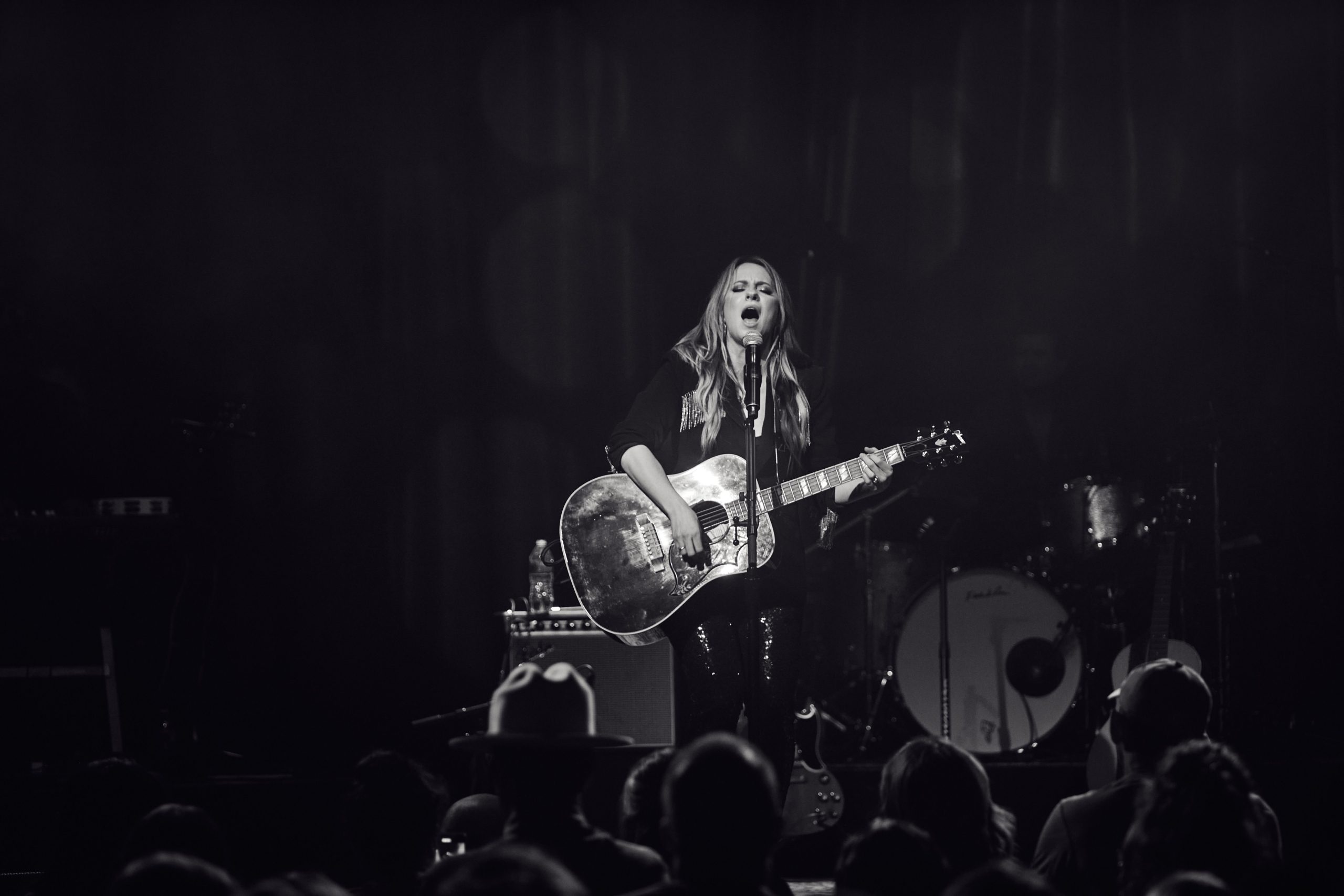 Smith broke out into some of the album’s new tracks, including the hopeful “Dreamin’s Free” and the yearning “Maybe In Another Life,” which showcased her abounding vocal range and big notes. She also got comfy, taking a seat at the front of the stage for “Cheap Date” from her 2018 debut album, Starfire.

The night also featured a handful of guest appearances on the stage. She brought the show’s openers back for a stunning four-part harmony version of Kenny Rogers and Dolly Parton‘s classic “You Can’t Make Old Friends,” which Smith had a hand in writing for the country music icons.

“The time that I’ve spent in Nashville has been so very cool. There have been a lot of incredible women in my life that I really look up to and who have taken a chance on me and taken me out on the road,” Smith recalled. “That has been a big deal, and I always knew that if I had the opportunity, I would love to bring out incredible women as well. So I’m going to bring out some of my favorite voices in Nashville.”

The shimmery, soulful vocalist, decked out in a pair of stunning four-inch heels, took every opportunity to bust a move with the audience, giving a fun-filled performance of her current single “Downtown Baby,” and the rock-infused, guitar-heavy “Contact High.”

Mixing her signature blend of soul, jazz and country, Smith also surprised the audience with an appearance from rising country artist Shy Carter who lent his vocals to Smith’s first single to country radio, “I Can’t,” which originally featured Old Dominion.

“I want to say a big thank you to country radio. [Country radio] really has changed my life in the last year and I just want to say this Minnesota girl really appreciates it. You’ve made my dreams come true,” she noted.

The ACM New Female Artist of the Year nominee also flexed her larger-than-life vocals on her own rendition of Aretha Franklin‘s “(You Make Me Feel Like) A Natural Woman,” singing with a level of sultry conviction that commanded the attention of every member of the audience.

“Thank you from the bottom of my heart for being here tonight. I know we all could have just stayed home in our yoga pants, so it really means a lot that you guys would come out, look so gorgeous and come hang out and dance with us,” Smith said, smiling from ear to ear. “Thank you, thank you so much. I love you all.”

Smith closed her pitch perfect set with one of her most impressive vocal performances on “Tacoma,” a fan-favorite from her debut record that earned a cut by country legend Garth Brooks. The room hung on to every word as Smith delivered each golden note.

She will continue on “The High & Low Tour 2022” with upcoming stops in Chicago, Philadelphia, Atlanta, and more through May. For a full list of dates, click here.