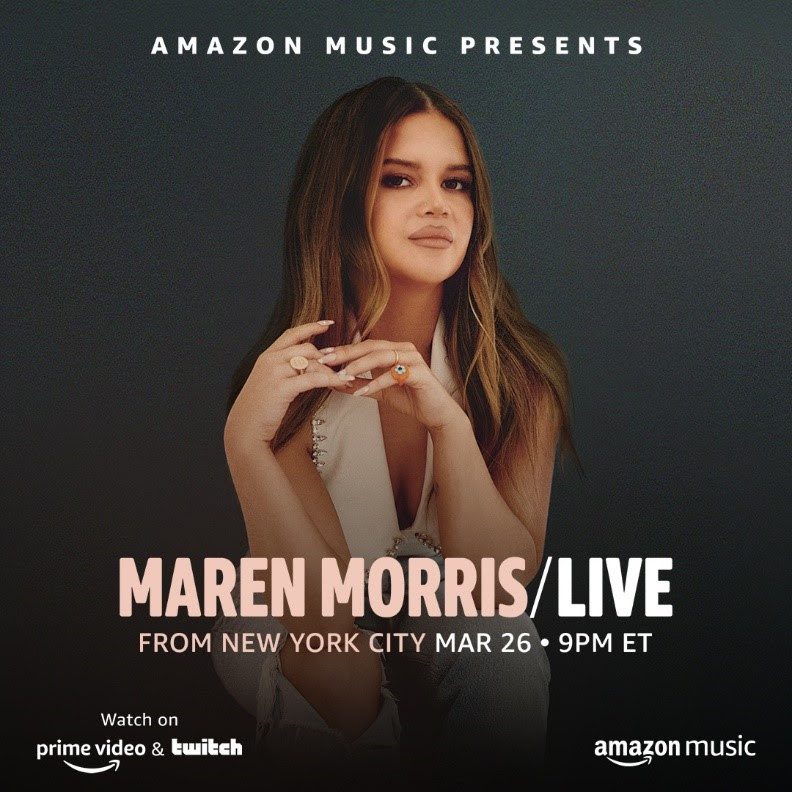 Maren Morris and Amazon Music are teaming up to present “Maren Morris: Live From New York,” an intimate, one-night-only live performance streaming on March 26. The show will serve to celebrate the launch of Morris’ new album Humble Quest.

Taking place at the historic Sony Hall in New York City, the event will begin at 7 p.m. CT with a pre-show led by Kelly Sutton and Amber Anderson, hosts of the Country Heat Weekly podcast. Fans will be able to tune in via the Amazon Music channel on Twitch, and as well as on Prime Video globally.

The performance is one of the first times fans can hear the new songs from Humble Quest live before the award-winning entertainer heads off on her “Humble Quest Tour” in June with stops at Radio City Music Hall, Hollywood Bowl, Bridgestone Arena, and more.

During the livestream, fans will also get a sneak peek at Morris’ episode of the Amazon Music digital series The Walk In, where host Mo Heart takes fans on tours through the closets of some of her favorite celebrities and artists. Livestream viewers will hear the stories behind the looks and learn about Morris’ relationship with her stylist, Dani Michelle. The full episode drops in the Amazon Music app on March 28, kicking off season two of the series.