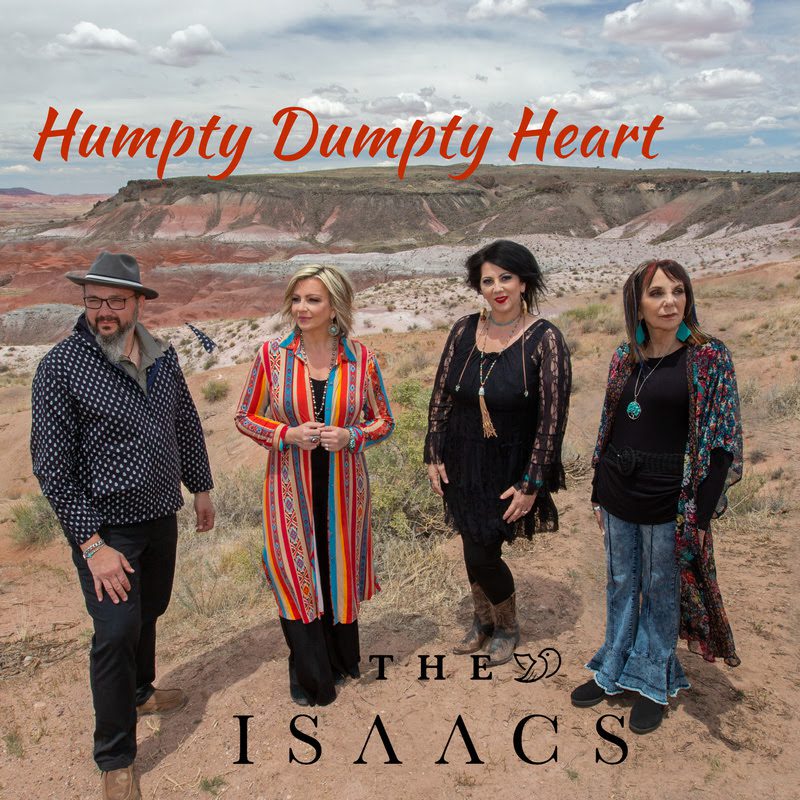 With Maren Morris, The Brethren, Ya’Boyz and CB30 setting the pace, there was plenty of youthful verve in the listening session. And CB30 caps it by winning this week’s DISCovery Award.

That said, there was still some dandy regulation-country listening. Most especially from Chapel Hart, Jake Owen, Drew Parker and our Disc of the Day winners, The Isaacs.

DONNA FARGO / “One of the Good Guys”
Writers: Donna Fargo; Producer: Stan Silver; Label: PrimaDonna
–Grammy-winning singer-songwriter Donna Fargo is renowned for “Funny Face,” “The Happiest Girl in the Whole USA” and a string of other hits in the 1970s and 1980s. Her career was a partnership with husband/manager/producer Stan Silver, whom she lost to COVID last year. Donna’s new All Because of You EP contains the songs they were working on at the time of his death. It leads off with this celebration of his love. The tenor-sax riffs in the arrangement add depth to her sweetly sincere, heartfelt delivery.

DYLAN SCOTT / “Livin’ My Best Life”
Writers: Tyler Hubbard/Brian Kelley/Thomas Rhett/Corey Crowder; Producers: Will Weatherly/Matt Alderman/Jim Ed Norman/Curt Gibbs/Mark Holman; Label: Curb
–Considering the quality he previously displayed on “Nobody,” “Can’t Have Mine,” “My Girl,” “Crazy Over Me” and the splendid current rocker “New Truck,” the title tune of Scott’s upcoming album is a bit of a disappointment. The generic production kinda goes in one ear and out the other.

CHAPEL HART / “Made For Me”
Writers: Danica Hart/Devynn Hart/Trea Swindle; Producers: Jack Meile/Brentt Arcement; Label: CH
–This joyous bopper traces the totally talented trio’s journey from Poplarville, Mississippi to New Orleans. From there, these gifted gals made the trip to Music City, where surely country stardom awaits. The hooky song is irresistible. The production is dandy. The vocals are splendid. Chapel Hart rules.

HANK WILLIAMS JR. / “.44 Special Blues”
Writers: Robert Johnson; Producer: Dan Auerbach; Label: Easy Eye Sound
–Bocephus has always been a bluesman at heart, and that is what is celebrated on his upcoming album. Producer Auerbach recorded him live, singing and playing classics as well as new songs. This advance single is as pure and unadulterated as can be.

CB30 / “Don’t Say Goodnight”
Writers: Christian Clementi/Dallas Wilson/Trannie Anderson; Producer: Paul DiGiovanni; Label: Buena Vista/UMG
–The wafting, boyish, romantic vibe is pleasing, and their twin-like vocal harmony blend is outstanding. The duo’s billing is derived from the brothers’ first names, Christian and Brody (Clementi), plus the fact that they were both born on the 30th day of the month (May 30, 2001 and March 30, 2004, respectively).

DREW PARKER / “Raised Up Right”
Writers: Drew Parker/Matt Jenkins/Ben Hayslip; Producers: Phil O’Donnell/Scott Hendricks; Label: Warner
–Frequent Luke Combs songwriting collaborator Drew Parker has also been making waves as a record maker. His engaging, country boy tenor drawl is warm and endearing on this earthy, positive ditty. He sounds like he’d be a pleasure to have a beer with.