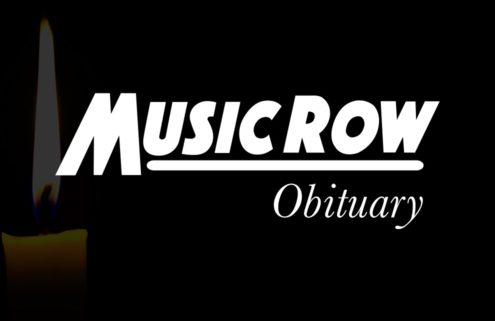 His biggest songwriting hits included “Scarlet Fever” by Kenny Rogers (1983), “Don’t Love Make a Diamond Shine” by Tracy Byrd (1997), “Size Matters (Someday)” by Joe Nichols (2006) and “Country Must Be Country Wide” by Brantley Gilbert (2011). Gilbert’s version of their co-written “One Hell of an Amen” topped the country charts in 2014. 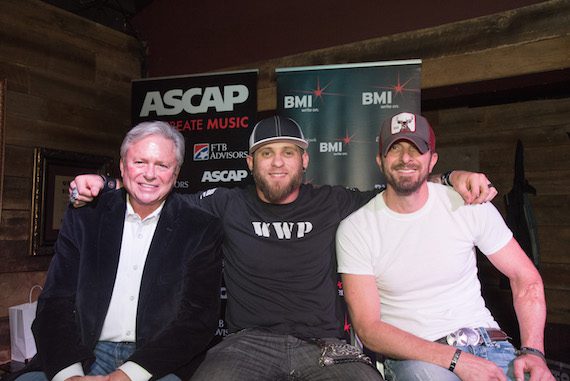 Pictured (L-R): Co-writers Mike Dekle, Brantley Gilbert, and Brian Davis at the No. 1 party for “One Hell of An Amen.” Photo: Valory Music Co.

He was born in Panama City, Florida, and the family moved to Athens, Georgia when he was five. Dekle began his career as a folk singer in coffeehouses in the 1960s. He moved to Nashville in the 1970s, hoping to make a life as either a singer or a songwriter.

Neither career panned out. So Mike Dekle spent most of the next three decades in Athens, Georgia as a State Farm insurance agent while pursuing country songwriting on the side.

He met songwriter/publisher Byron Hill in 1982. Hill produced Dekle’s record of “Scarlet Fever.” Kenny Rogers picked up the tune and signed Dekle to his publishing company. The superstar subsequently recorded the Dekle tunes “Two Hearts One Love,” “People in Love,” “Someone Must Feel Like a Fool Tonight” and “Some Prisons Don’t Have Walls.”

As a singer, Mike Dekle made the bottom rungs of the country charts in 1984 with his self-composed “Hanky-Panky” and “The Minstrel.”

Following his stint writing for Rogers, Dekle signed with Byron Hill’s publishing company, Song Source. He also continued to co-write with Hill, securing a number of recordings during the next few years. Keith Whitley recorded the songwriting team’s “A Day in the Life of a Fool.” Gene Watson sang their collaboration “No Trash in My Trailer.” Dekle and Hill remained lifelong friends.

In 1990, Dekle launched his own song-publishing company, Square D Music. He signed with Almo Irving Music in 1994.

Mike Dekle is survived by his wife Crystie and by their children and grandchildren. His death was announced by Lord & Stephens Funeral Home East Chapel in Athens, Georgia. A Celebration of Life will be announced at a later date.

In lieu of flowers, the family requests that donations be made to Pulmonary Fibrosis Foundation, American Diabetes Association, Athens First Baptist Church Athens Building Fund or a charity of choice.