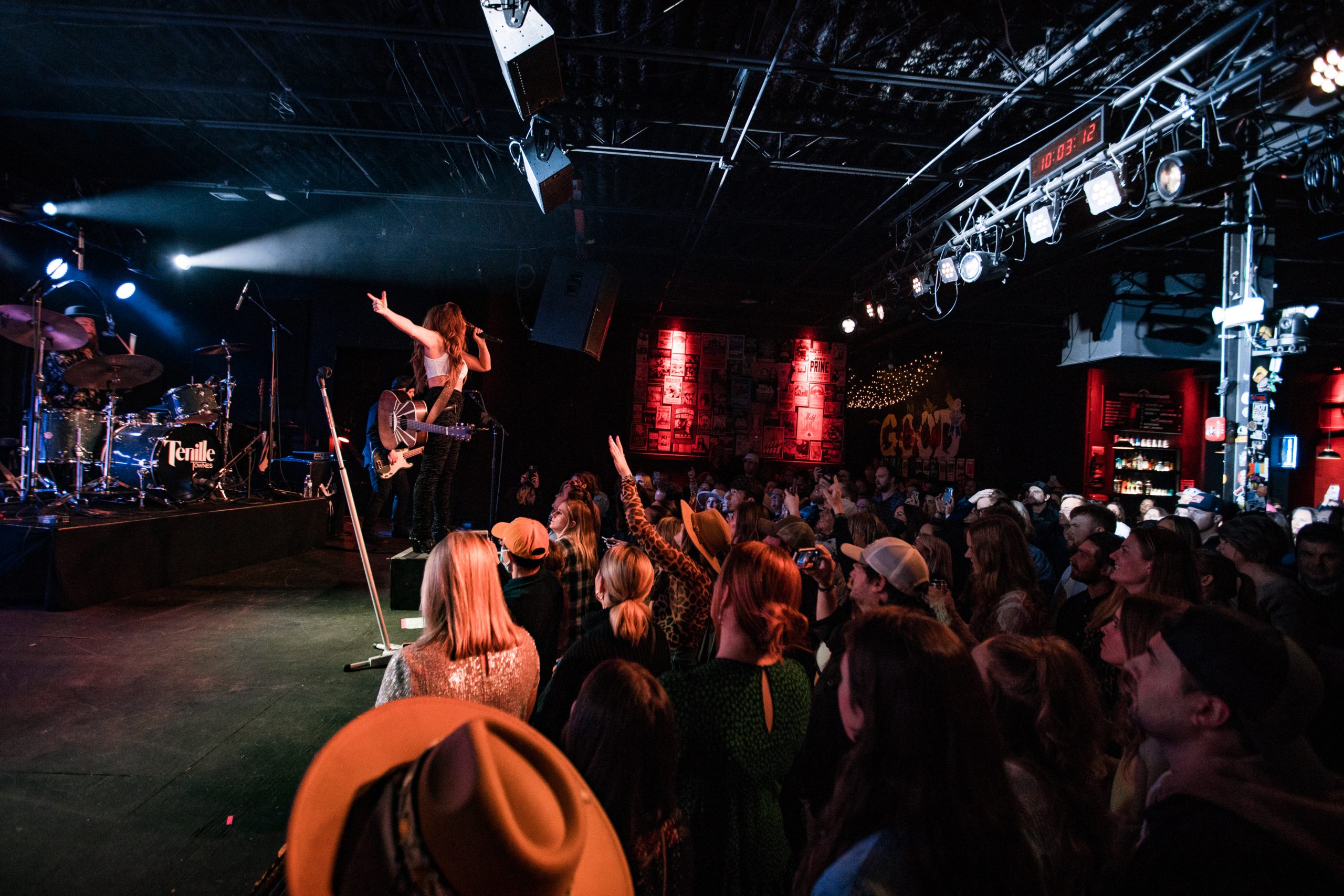 Entering the stage solo, armed only with her trusty acoustic guitar, the Canadian country artist opened the show with the longing “Where You Are” before exploding into the high-energy “White Horse” as her band came out to join her.

“I’m so excited to be here with you guys. I have been looking forward to this show, I’ve been nervous all week, and you guys showed up!” Townes said in her warming welcome to the crowd. “Thank you for coming in these crazy times and being here to listen to some music tonight. Every time we’ve played Nashville it’s been a special moment getting to open up for so many of our friends and heroes, but we’ve never gotten to do our own show here so tonight feels pretty special. I really want our shows, when we come together, to be a place where people can walk in the door and just feel loved and welcomed exactly as they are.” 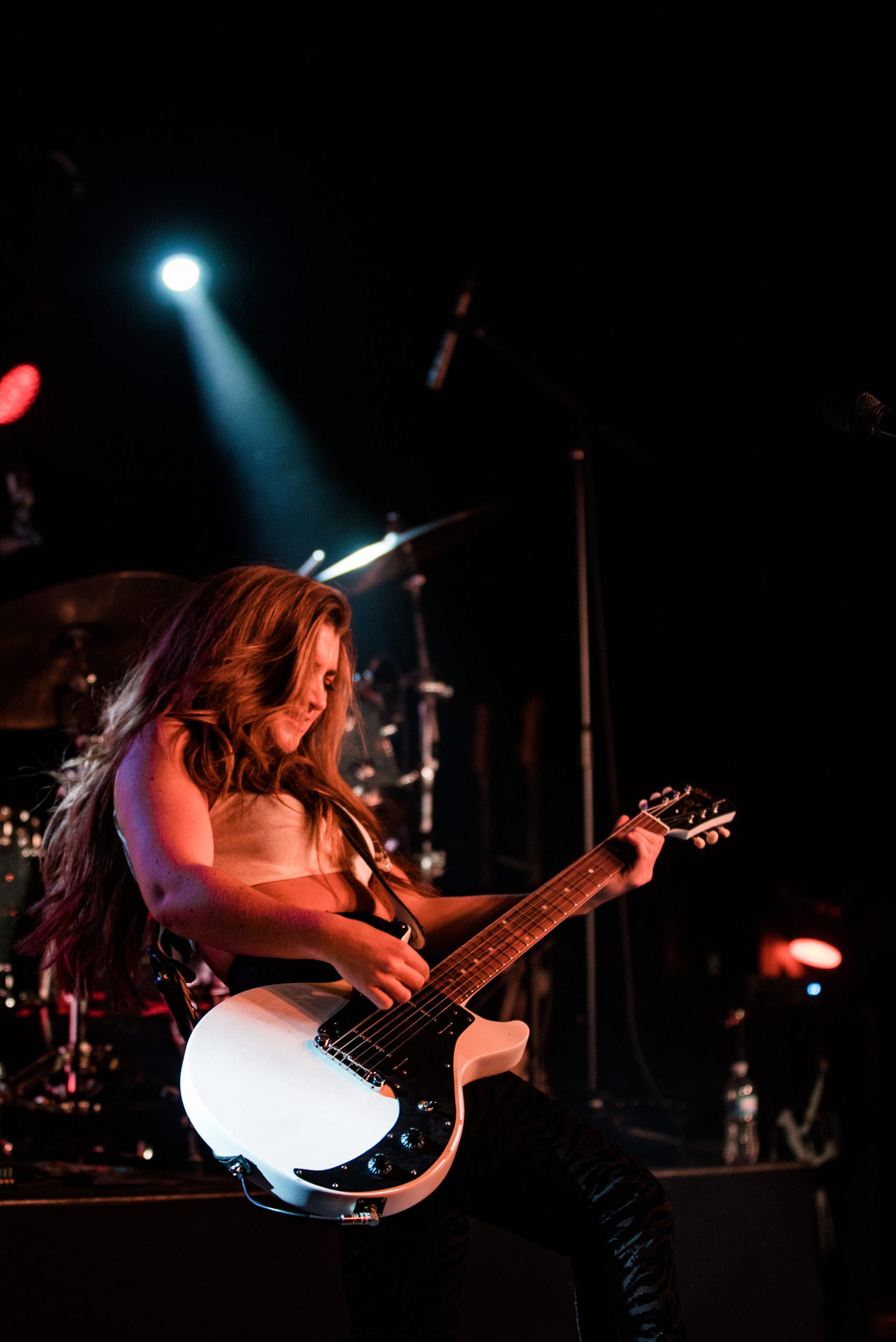 Along the way, Townes stunned fans with her jaw-dropping voice and vulnerable, hard-hitting lyrics. From the inquisitive prayer in “Jersey On The Wall (I’m Just Asking)” to the tour’s dark and moody namesake, which she delivered alone with an electric guitar, the Sony recording artist captivated the room with her chilling performances.

One of the standout moments of the night, though, came impromptu as a fan request. “I wrote this song shortly after moving here… I was sitting at this coffee table thinking about my great grandmother who I was missing very much. She was the glue to our family. She would come to all the shows, rain or shine, and drink her cheap beer,” Townes shared, fighting back tears. “She was really special and I miss her a lot. This song brought me a lot of healing thinking about her.”

The talented songstress went on to give an utterly eery performance of “When I Meet My Maker.” Sitting alone on the stage, you could almost hear a pin drop in the room as she commanded every attendee’s attention.

The award-winning singer-songwriter also showcased her newest single, “When’s It Gonna Happen,” which sheds light on what she sees as her current season of life, waiting for the one.

Throughout the night, Townes gave the audience her own renditions of well-known hits, including Bruno Mars’ “Just The Way You Are,” Joan Jett & The Blackhearts’ “I Hate Myself For Loving You,” and a perfectly sung version of Alanis Morissette’s “Ironic.” She also brought out newcomer Alex Hall, who opened up the room earlier that night, for their charming duet “Heart Shut.” 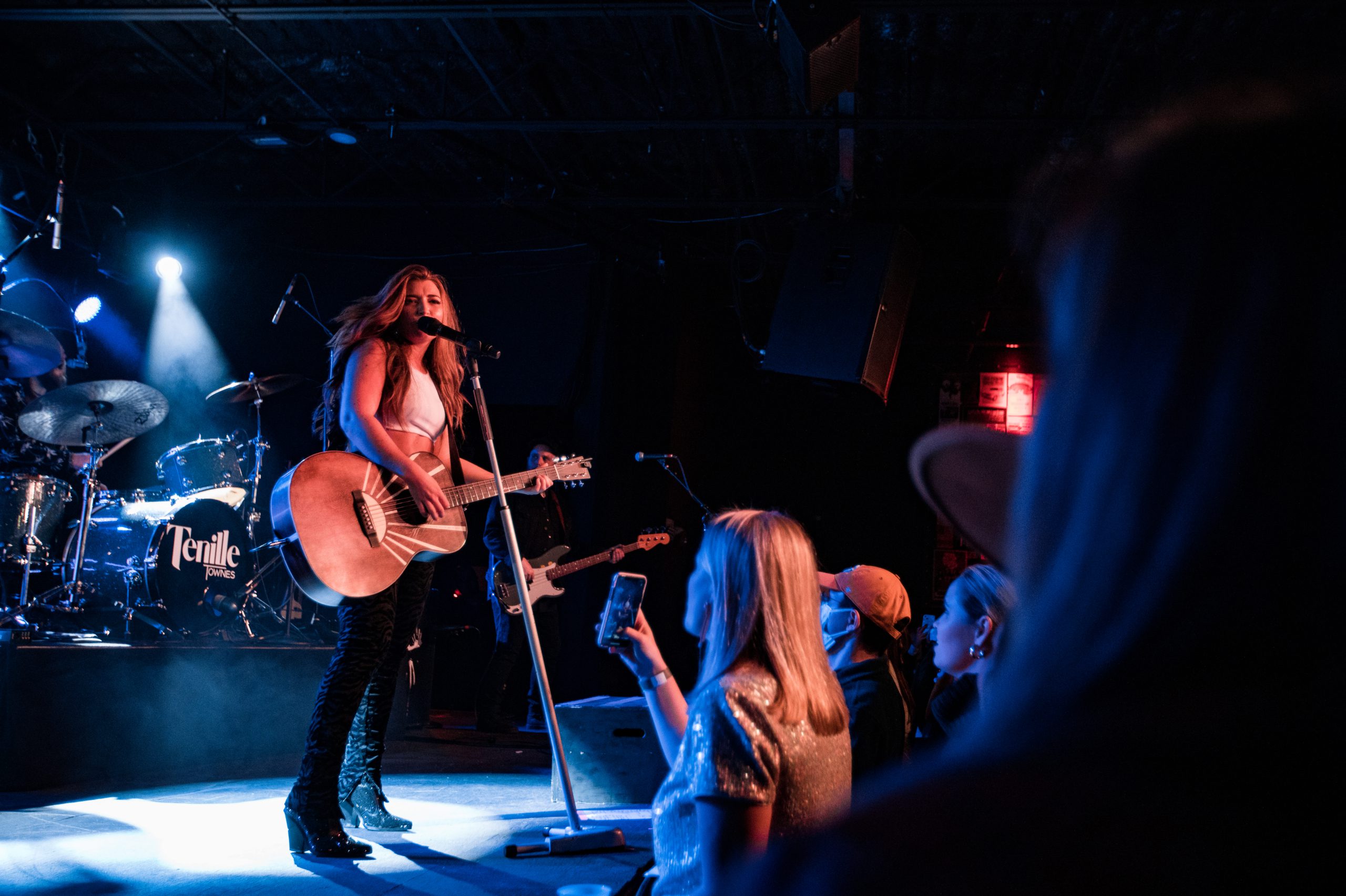 One of MusicRow‘s Next Big Thing Class of 2020, Townes also gave a sampler of her 2020 album, The Lemonade Stand, which notched her first Juno Award for Country Album of the Year at the 50th Annual Juno Awards. She wowed the crowd with snippets of “Lighthouse,” the dance-inspiring “Find You,” and the sexy “I Kept The Roses.”

“I’m never gonna forget [this night]. Thank you to each and every one of you for showing up here and making this such a wonderful thing. It feels so good to come together with you guys and we can’t wait to come play another show in Nashville here soon,” she gushed. “We’re gonna leave you guys with a song about how everyone’s got a story. Thank you for lifting up this song from the beginning. Everybody really does [have a story], so thanks for looking out for one another out there. We’ll see you soon!”

Townes closed out the set with her No. 1 debut single, “Somebody’s Daughter,” before her two-song encore. She finished out her Nashville show with a striking acoustic performance of Etta James’ smash hit “At Last,” solidifying Townes as a frontrunner for a female country crooner.

The “Villain In Me Tour” will continue tonight (Jan. 28) at The Underground in Charlotte, North Carolina, before finishing the rest of Townes’ U.S. trek.