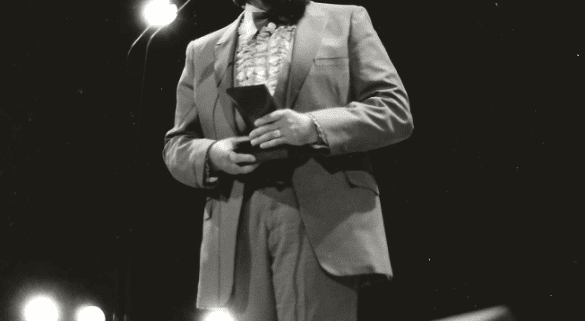 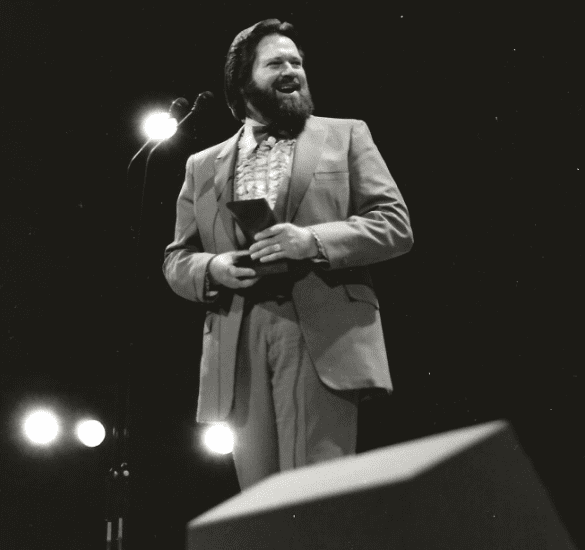 Nashville Songwriters Hall of Fame member Dallas Frazier has passed away at age 82.

Regarded as one of the greatest country songwriters in history, Frazier’s classics include “There Goes My Everything,” “Beneath Still Waters,” “Elvira,” “Fourteen Carat Mind” and “All I Have to Offer You Is Me.” His songs helped make stars of Connie Smith and Charley Pride. More than a dozen members of the Country Music Hall of Fame recorded Frazier’s works. He was also a much admired recording artist.

He was born in Spiro, Oklahoma in 1939, but was raised in Bakersfield, California. Frazier recalled his early years as being characterized by labor camps and cotton fields. The boy was highly musical, teaching himself to play guitar, piano and other instruments. He was writing songs by age 12. That is when he was discovered by Ferlin Husky at a singing contest.

Frazier joined Husky’s road show as a juvenile attraction. This led to a 1954 recording contract with Husky’s label, Capitol Records. The youngster became a 1954-58 regular on the Los Angeles TV show Hometown Jamboree, where he was frequently paired with fellow teen performer Molly Bee. Frazier also worked regularly on Cousin Herb Henderson’s Trading Post TV series in Bakersfield. These gigs put the teenager in the company of Tommy Collins, Jean Shepard, Buck Owens, Wynn Stewart and the rest of the country entertainers who would form the bedrock of Bakersfield’s country community.

Dallas Frazier met and married his wife Sharon in 1958. They remained together throughout his subsequent triumphs and trials.

His youthful Capitol singles didn’t take off, but his songwriting did. Frazier’s pop novelty ditty “Alley Oop” became a No. 1 hit for The Hollywood Argyles in 1960. The group was a recording-studio concoction of Gary S. Paxton, Buddy Mize, Scotty Turner and others. Frazier briefly performed as a member of the touring Hollywood Argyles. “Alley Oop” was so popular that it was released in a competing version by Dante & The Evergreens which became a top-20 pop hit. An R&B outfit called The Dyna-Sores also charted with the tune in 1960. 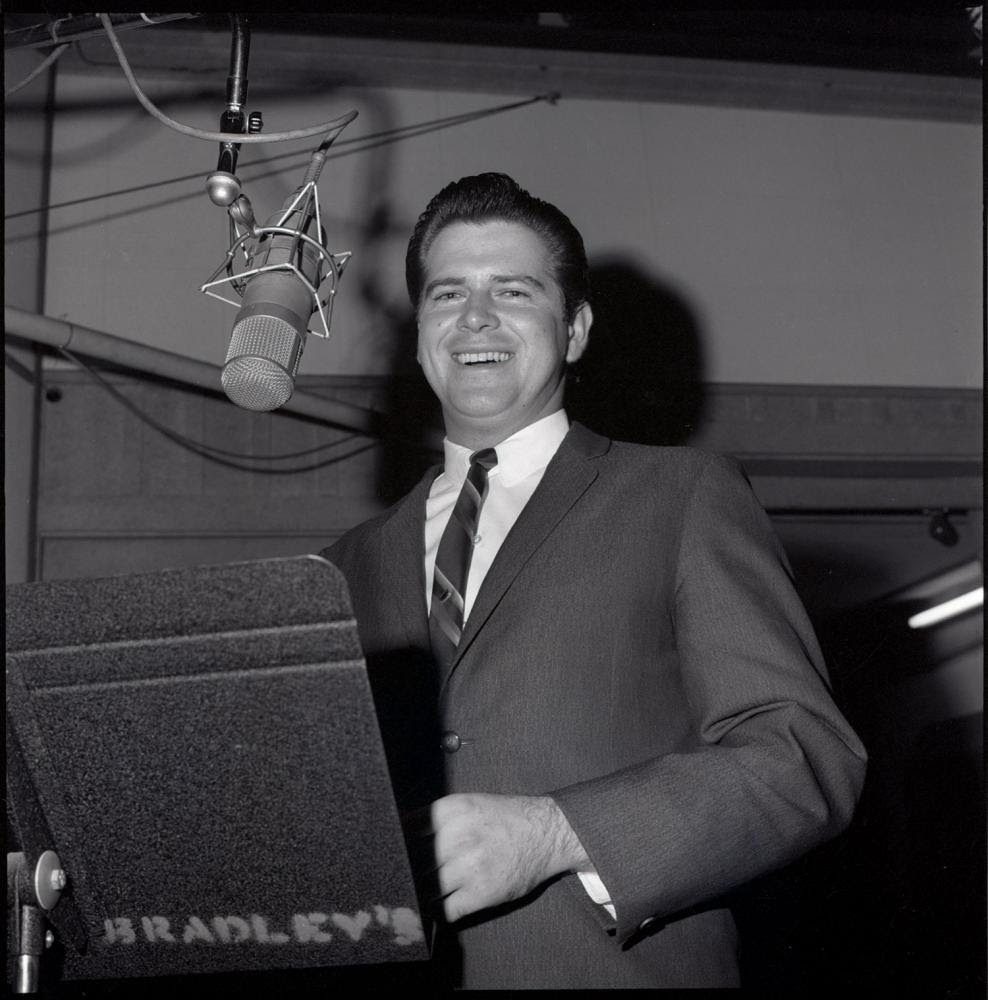 Dallas Frazier. Photo: Courtesy of the Country Music Hall of Fame and Museum

Dallas and Sharon Frazier moved to Nashville in 1963. Husky again took the songwriter under his wing, signing him to his publishing company and recording “Timber I’m Falling” as Frazier’s first country hit in 1964.

The songwriter next signed with Acclaim Music, Jim Reeves’ song-publishing company. It was run by the singer’s former Blue Boys band member Ray Baker, who took Frazier’s “Mohair Sam” to Charlie Rich in 1965.

It became a pop hit. Frazier followed Baker to the latter’s Blue Crest Music, and this is where his long run of country songwriting successes ensued.

As a singer, Dallas Frazier re-signed with Capitol Records. He recorded two excellent, R&B flavored albums for the label, Elvira (1966) and Tell It Like It Is (1967). The title tune of the former appeared briefly on the pop charts in 1966, as did “Just a Little Bit of You.” The Capitol singles “Everybody Oughta Sing a Song,” “The Sunshine of My World” and “I Hope I Like Mexico Blues” were mid-sized country chart entries in 1968. Frazier also co-wrote and recorded 1969’s “The Conspiracy of Homer Jones” as a parody of “Ode to Billie Jo” and “Harper Valley P.T.A.”

Meanwhile, his songs scored big on the country charts for others. “Baby Ain’t That Fine” became a 1966 hit duet for Gene Pitney & Melba Montgomery. Jack Greene recorded Frazier’s “There Goes My Everything” in 1966. It remained at No. 1 for seven weeks and was named the CMA Song of the Year. The song received a second boost in popularity when Elvis Presley hit with it again five years later.

Also in 1966, Connie Smith hit with Frazier’s “Ain’t Had No Lovin’” and George Jones scored with “I’m a People.” Both artists showed their appreciation and admiration by recording entire albums of Dallas Frazier songs, Jones in 1968 and Smith in 1972.

Dallas Frazier returned to record making with a pair of country albums for RCA, 1970’s Singing My Songs and 1971’s My Baby Packed Up My Mind and Left Me. Both were co-produced by Chet Atkins. In 1969-72, Dallas Frazier made the country charts with such RCA singles as “California Cotton Fields,” “The Birthmark Henry Thompson Talks About,” “Big Mable Murphy” and “North Carolina.”

It is a measure of how gifted and prolific he was that Dallas Frazier was inducted into the Nashville Songwriters Hall of Fame in 1976 when he was only 36 years old.

In the late 1970s, Johnny Russell revived “The Son of Hickory Hollow’s Tramp” and Rodney Crowell brought back “Elvira.” These revivals of Dallas Frazier classics continued in the 1980s with Emmylou Harris singing “Beneath Still Waters” (1980), The Whites doing a harmony treatment of “If It Ain’t Love (Let’s Leave It Alone)” (1985) and Patty Loveless scoring a hit with “If My Heart Had Windows” (1988).

Biggest of all was The Oak Ridge Boys revival of “Elvira” in 1981. It crossed over to the pop charts, earned a Platinum Record, won a Grammy Award, was the CMA Single of the Year and became the group’s signature song. Also in 1981, Gene Watson hit No. 1 on the country hit parade with Dallas Frazier’s “Fourteen Carat Mind.”

“There Goes My Everything,” “All I Have to Offer You Is Me” and “Elvira” all earned Frazier Grammy nominations for Country Song of the Year.

Noted for his gentle nature and generosity, Frazier was notable as the mentor of fellow Nashville Songwriters Hall of Fame inductee A.L. “Doodle” Owens. His other collaborators included fellow Hall of Famers Whitey Shafer and Earl “Peanut” Montgomery.

Dallas Frazier became a heavy drinker. In the 1980s, he resolved to get his life back on track. He enrolled in Emmanuel Bible College in 1985-89. He quit the music business in 1988 to become a non-denominational minister, channeling his creative energies to write weekly sermons instead of songs.

Throughout the 1990s, he declined almost all overtures to rejoin the Nashville music community. One exception was when he agreed to take part in the Recording Academy’s 1999 documentary Nashville Songwriter, which inaugurated the organization’s oral history program.

About five years later, he began feeling the urge to write again. Sharon Frazier persuaded her husband to appear at a Songwriter Session at the Country Music Hall of Fame in 2006. This inspired the museum to launch its “Poets & Prophets” series the following spring.

Frazier stepped down at his church and began writing songs again in 2007. He returned to the Hall of Fame to take part in its multi-media “Poets & Prophets” series in 2010. Two years later, he marketed a new album, Dallas Frazier: Writing and Singing Again.

Director Scott McDaniel created Elvira: The True Story of Dallas Frazier, and the documentary debuted at the Franklin Theater in 2020. The movie continues to screen at film festivals.

The funeral service will be 11:00 a.m. Thursday, Jan. 20 at the chapel of Alexander Funeral Home & Cremation Center, 584 Nashville Pike, Gallatin, TN. Visitation will be Wednesday, Jan. 19 from 4:00-8:00 p.m. and Thursday, Jan. 20 from 10:00 a.m. until time of service. Online condolences may be submitted at alexandergallatin.com. Frazier requested that donations be made to the Nashville Rescue Mission in lieu of flowers.