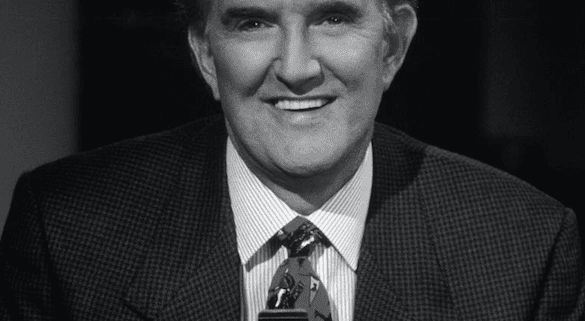 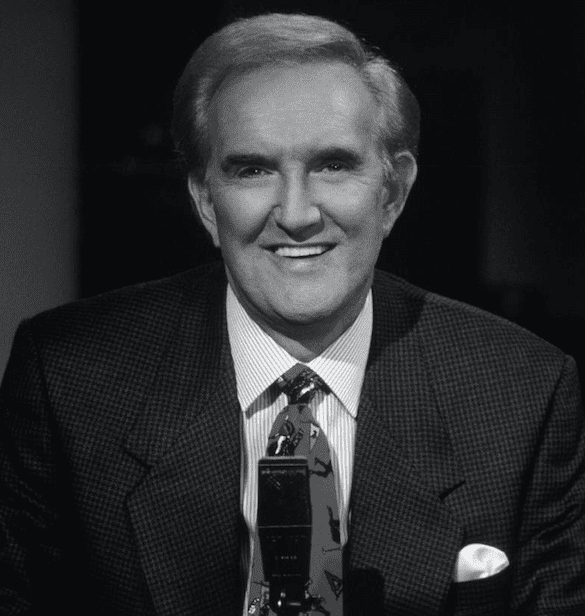 Ralph Emery. Photo: Courtesy of the Country Music Hall of Fame and Museum

He was country music’s leading broadcaster for more than 50 years, first on radio and then as the genre’s ambassador on national cable television. Emery was also a recording artist, a presence in syndicated TV and the author of several books. His relaxed, avuncular style made country stars comfortable as they experienced their first mass-media exposure.

Walter Ralph Emery was born in McEwen, TN in 1933. He was a rather lonely and sad youngster. His alcoholic father and mentally unstable mother led to him being partly raIsed by his farmer grandparents. The introverted boy found solace in listening to the radio and became intrigued with the idea of making it his profession. 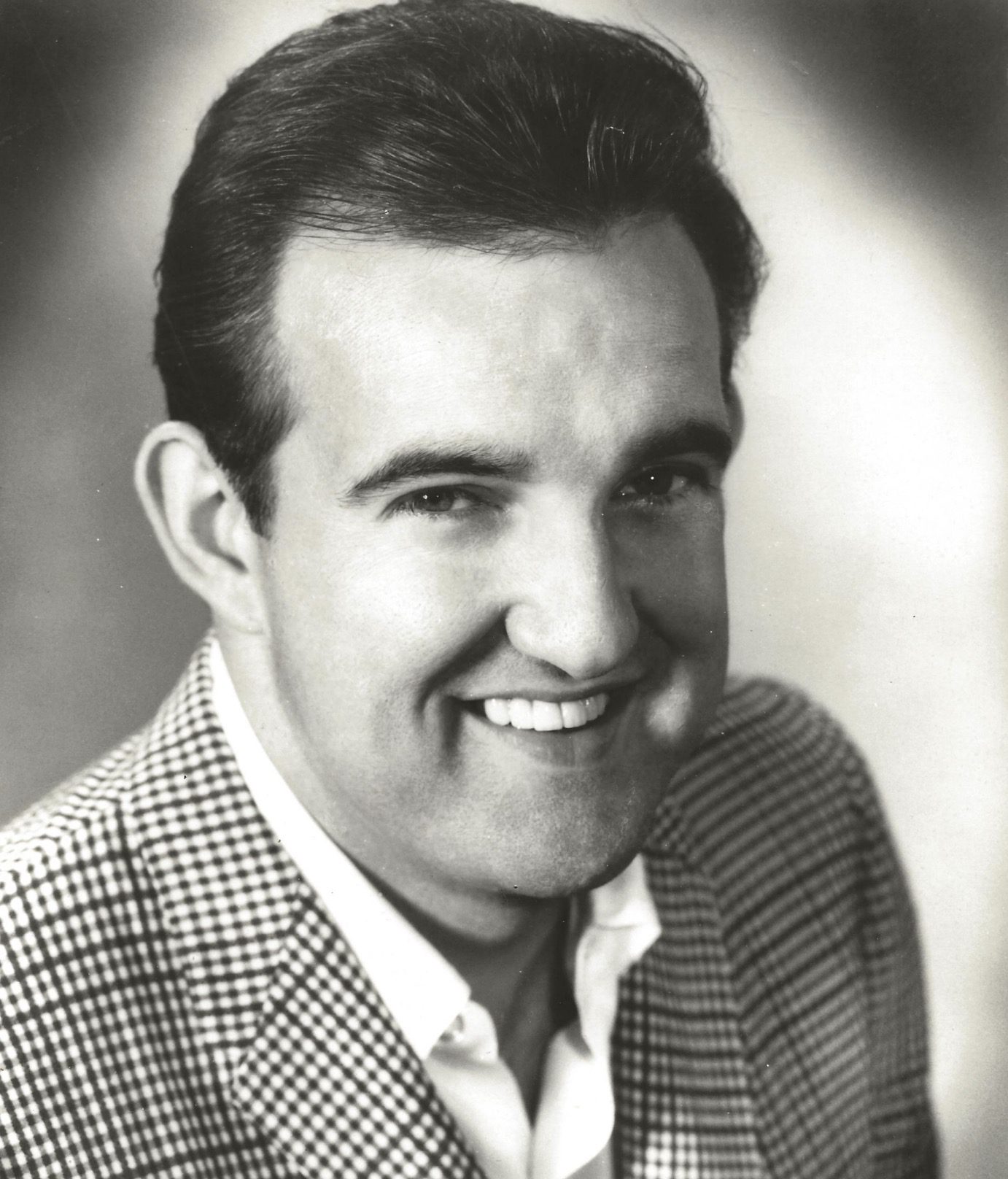 Following a move to Nashville in 1940, he graduated from East High and enrolled in the Tennessee School of Broadcasting. Emery’s teacher was the legendary R&B deejay John Richbourg, who was famed on WLAC as “John R.” Emery was taught proper diction, learned to read the news, modulated his voice and lost his rural accent. John R recommended him for a 1951 job in Paris, TN on WTPR. Emery then returned to Nashville for a stint at WNAH, then one at nearby Franklin’s WAGG. That station is where he learned to interview country celebrities such as Del Wood and Webb Pierce.

Next, he landed a job back home in Nashville at WSIX in late 1953. He did sports announcing for live wrestling broadcasts and emceed a pop-music show by Pat Boone. This led to an offer from WLCS in Baton Rouge, LA in 1956. He only lasted a month there before returning to the Nashville airways on WMAK, a pop-music broadcaster. He was fired by that station. Luckily, he landed a job at WSM in 1957, which paved the way to his national fame.

The station put him on the air on its all-night shift at $90 a week. During the next 15 years, Emery transformed the overnight show. He invited artists to visit the program and encouraged them to bring guitars or to sing playing the station’s piano. Marty Robbins, Patsy Cline, Tex Ritter, Jim Reeves, Loretta Lynn and many other top stars stopped by to chat because of his open-door policy. His easy-going interview style made him an audience favorite, and WSM’s clear-channel, 50,000-watt power meant that the night owl was heard in 38 states nightly. By the time he signed off in 1972, the all-night show was known as “Opry Star Spotlight.”

He was also an announcer on the station’s iconic Grand Ole Opry in 1961-64. Emery’s second wife was Opry star Skeeter Davis, to whom he was married in 1960-64.

His popularity as a broadcaster led to an offer to record for Liberty Records. Emery made an “answer record” to Faron Young’s “Hello Walls” (written by Willie Nelson), and his “Hello Fool” became a top-10 hit in 1961. He also recorded for Mercury, ABC-Paramount, Elektra and other labels, but never made the charts again.

He next made the move to television. Between 1963 and 1991, Emery hosted WSMV-TV’s local, early-morning broadcast. It was named The Ralph Emery Show in 1972. The weekday program featured one of live local television’s only surviving studio bands and was notable for giving breaks to up-and-coming artists such as The Judds, Randy Travis and Lorrie Morgan. For a time in the 1970s and 1980s, it was the highest-rated local morning television show in the U.S.

The pace was grueling. Daily all-night radio, early-morning TV, syndicated-show tapings and announcing work resulted in an addiction to amphetamines. Emery overcame this as his national profile rose.

He launched a syndicated radio show titled “Take Five for Country Music” then “Goody’s Presents Ralph Emery.” This was carried by 425+ stations in 1986-91. Radio syndication led to syndicated television. He hosted Pop Goes the Country in TV syndication in 1973-79. In 1976, he was the announcer for Dolly Parton’s syndicated seres.

When cable television emerged in the early 1980s, Ralph Emery jumped on board. His first show was Nashville Alive, which aired on Ted Turner’s TBS channel in 1981-83. Beginning in 1983, Emery hosted Nashville Now on TNN. It brought him the biggest national audience of his long career. As the flagship show of the network, it attracted a who’s-who of country stardom to Emery’s TV stage and desk. In 1986, he was voted America’s Favorite Cable TV Personality by the readers of Cable Guide magazine.

Photos of Ralph Emery vary widely, depending on the decade. Always insecure about his looks, Emery underwent cosmetic jaw/dental procedures, face lifts and hair transplants. He discussed these candidly in his best-seller 1991 autobiography, as well as several of his private problems.

Fame and popularity from his nightly Nashville Now shows led him to reactivate his recording career in 1989. Emery signed with RCA and issued Songs for Children and Christmas With Ralph & Red. These were in conjunction with Steve Hall’s puppet Shotgun Red, who’d become a regular on Nashville Now.

In 1991, he published Memories: The Autobiography of Ralph Emery. The book spent 25 weeks on the New York Times “Bestseller” list. He followed it with More Memories (1993), The View From Nashville (1998) and 50 Years Down a Country Road (2000). The books were cowritten, the first two with Tom Carter and the last two with Patsi Bale Cox.

Emery left Nashville Now in 1993, but continued to host specials on TNN. He returned full time to cable TV with Ralph Emery Live on RFD-TV in 2007. By the time that show ended in 2015, it was titled Ralph Emery’s Memories.

Ralph Emery is survived by his wife Joy Emery; sons, Steve, Matthew and Ralph Jr.; five grandchildren and seven great-grandchildren. Funeral arrangements have not been announced.