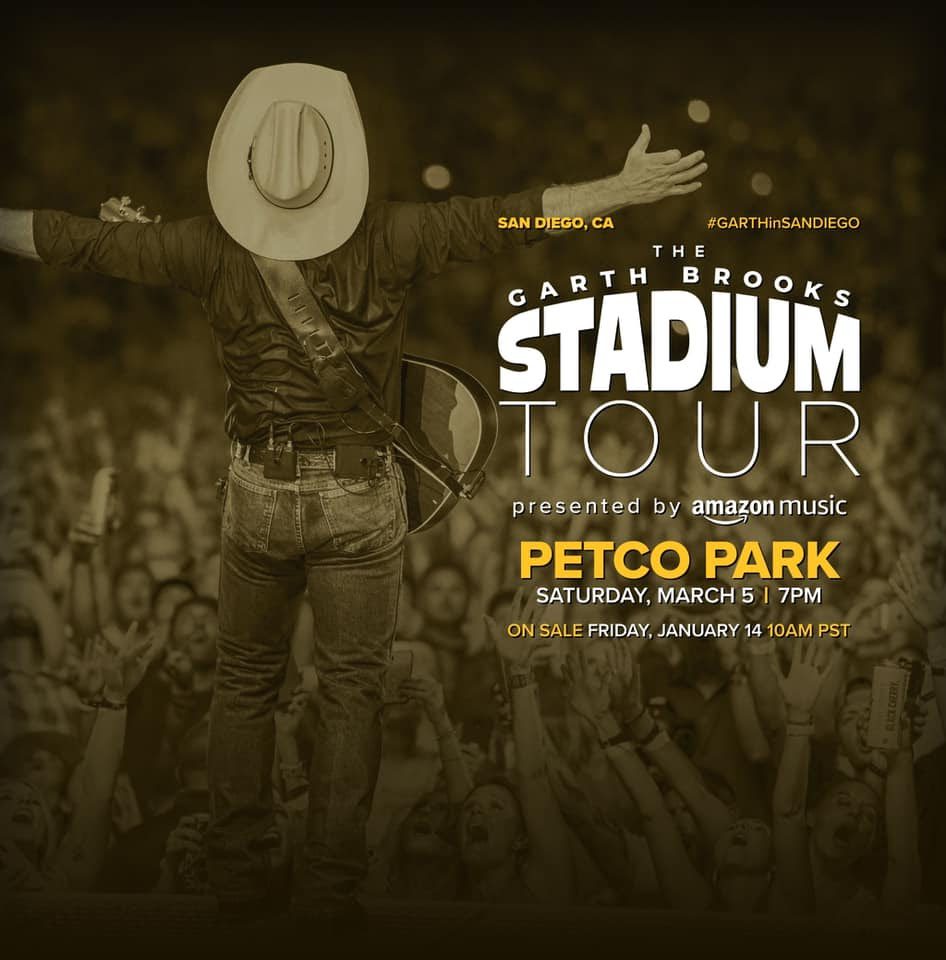 Over the last few months, country music legend Garth Brooks has been rolling out tour dates speckled across the country for his “Garth Brooks Stadium Tour.”

Brooks just announced that he will visit San Diego’s Petco Park on March 5. This show will be the only “Stadium Tour” date on the West Coast. Tickets will go on sale beginning Friday, Jan. 14 at 12 p.m. CT.

The award-winning entertainer will also take the stage for a special one man show for two back-to-back nights on Feb. 4 and 5 at Las Vegas’ Dolby Live at Park MGM.

“I look forward to celebrating my birthday early that weekend in Vegas,” shares Brooks, who turns 60 on Feb. 7. “Getting to sing and hear everyone singing is my favorite thing.”

In addition to his Vegas and San Diego dates, Brooks will make his first visit to Orlando’s Camping World Stadium on March 26, which also marks his first performance in Orlando in over five years and his only “Stadium Tour” appearance thus far in the state of Florida.

Brooks first launched his stadium tour in March of 2019 and has since broken stadium attendance records at every stop on the tour so far. The tour will close out with four dates at Dublin, Ireland’s Croke Park on Sept. 9, 10, 11, and 16.

For ticket information for the upcoming dates, click here.