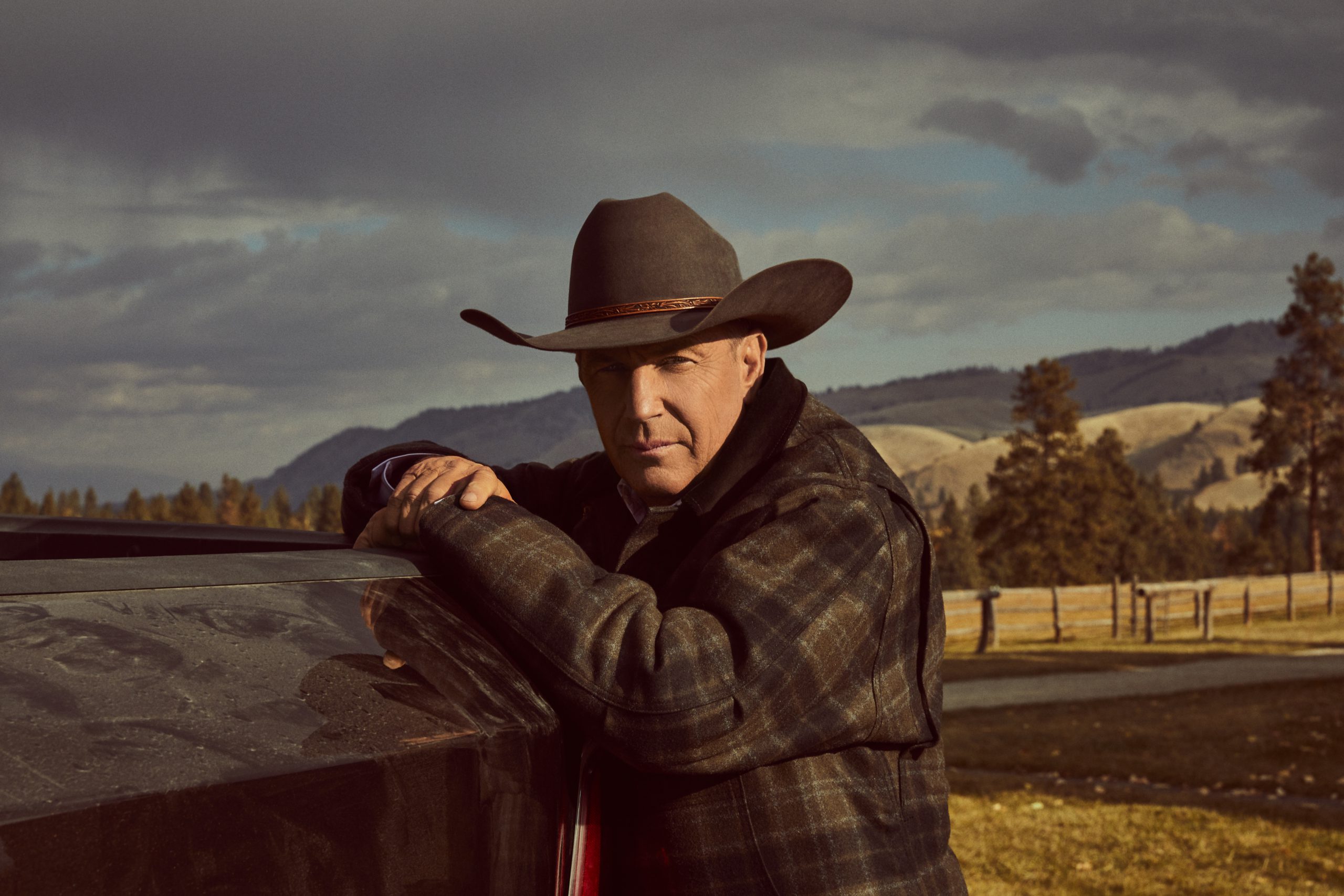 Yellowstone, the Emmy-nominated Paramount Network television series about the chronicles of the Dutton family, has taken the nation by storm. With Oscar-winner Kevin Costner playing the lead character John Dutton, the patriarch of the family, Yellowstone captures the grit and drama the Dutton family face while controlling the largest contiguous cattle ranch in the United States. There are shifting alliances, murders, romance, family loyalty and much more in the three seasons of Yellowstone that have played out so far. The fourth season of the show, co-created by Academy Award nominee Taylor Sheridan and John Linson, premieres this Sunday (Nov. 7).

With the stunning imagery of scenes that play out in picturesque Wyoming, Montana and Utah, the music in Yellowstone has proved to be just as captivating, garnering a cult-like following itself. The music featured on Yellowstone can usually be regarded as Americana, southern rock, and country. With music from Americana stylists such as Sturgill Simpson, Tyler Childers, and Jason Isbell & the 400 Unit, to modern country acts like Chris Stapleton, Jon Pardi and Kacey Musgraves, Yellowstone is a vibrant picture of the many threads that make up country and Americana music. Fans of the music on Yellowstone have co-creator and screenwriter Taylor Sheridan (Wind River, Hell or High Water and Sicario) and music supervisor Andrea von Foerster to thank for their wide and compelling swath of country music on the show.

“Taylor and Andrea do an amazing job ensuring every note of music placed in the show serves a purpose. Along with Brian [Tyler], they have created a distinct sound that not only allows for an immediate connection with fans of the show, but partners like Spotify and Apple Music as well,” says VP Creative Music Strategy, ViacomCBS, Sabrina Del Priore. “Their dedication to authenticity provides a tremendous opportunity for artist discovery, which is always important to us at the network.”

In her 20+ year career, Andrea has worked on films such as (500) Days of Summer, Fantastic Four, Begin Again, Journey 2: The Mysterious Island, Chasing Mavericks, Devil’s Due, and more; as well as music documentaries such as The White Stripes Under Great White Northern Lights and Butch Walker: Out Of Focus. In addition to Yellowstone, her television work includes Daybreak, Dollhouse, Don’t Trust The B In Apt. 23, Modern Family, Queen Of The South, and much more.

For Yellowstone, Andrea works closely with Taylor to bring music that fits the grim, western landscape of the show.

“We tend to use red dirt country a lot, so artists from Texas and Oklahoma, as well as Americana, and country rock,” Andrea explains.

While Yellowstone definitely doesn’t include samplings of pop country, current major label artists like Brothers Osborne and Lainey Wilson have had music featured on the show. Andrea discovered Wilson, who has had three songs featured on the series, on a scouting trip to Nashville after the first season of Yellowstone.

“We don’t get to use a ton of female artists because of the masculine landscape that we have, but when we do, we like to have bold women. So she fits the bill. She’s just amazing,” Andrea says.

Being featured on Yellowstone‘s massive platform is an enormous opportunity for exposure, which translates to new fans and streams. After having three songs featured in Yellowstone, southern rock band Whiskey Myers were invited to come on the show and play during a bar scene. The music was met with a fervent audience, who subsequently propelled three of the band’s albums to the Top 10 of the iTunes Country Album Chart after the show aired.

“Obviously I have artists pitched to me from labels, publishers, managers and agents,” Andrea explains of the discovery process. “But I also go down massive Twitter and YouTube rabbit holes, that’s how I find artists that aren’t as well-known. Red dirt artist Zach Bryan, whose song “Condemned” was featured on Yellowstone, also saw an enormous gain in exposure from the show, as well as some other benefits.

“I saw him on YouTube and Twitter. I reached out to him on Twitter and said ‘Hey, I’m the supervisor on Yellowstone. I’d love to use your stuff.’ But his record was very lo-fi—I think it was recorded in an Airbnb so it didn’t quite sound how we needed it to for the show.

“I asked Zach if I could pair him with a colleague of mine, Dave Cobb,” Andrea says. “His management got him to Nashville, he recorded with Dave Cobb, and we used ‘Condemned’ at the end of one of our episodes.”

With fans awaiting the fourth season, Andrea is constantly on the hunt for new talent for the stunning musical landscape Yellowstone has created.

“We have such a solid fan base that really loves the music. I always want to keep introducing everyone to new artists or local artists that they know and love,” Andrea sums. “We certainly don’t overlook major label artists, we love Chris Stapleton like no other, but it’s nice to give a leg up to the up-and-coming folks.”

After much anticipation, season four of Yellowstone will premiere with a two-hour special event on Sunday, Nov. 7 on Paramount Network. The series is available to binge exclusively on Peacock. View the trailer for season four below.