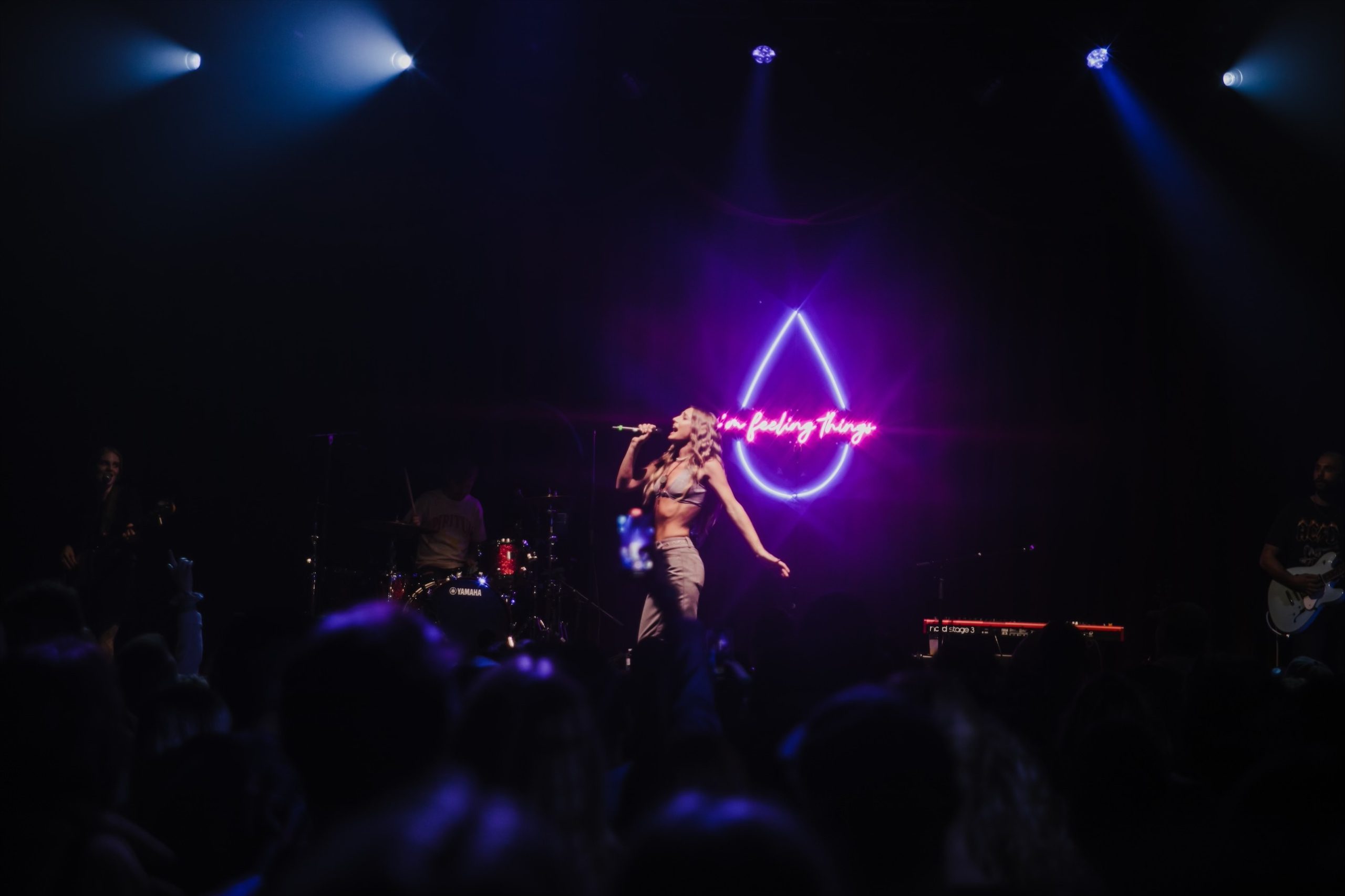 One of Nashville’s newest venues, which made its official grand opening in June of this year, was the perfect home for the self-proclaimed “Queen of Sad Songs” and opener Georgia Webster. Andress opened her set with the cheeky “Bad Advice” followed by the strong and confident “Both” and “We’re Not Friends.”

Before jumping into “Life of the Party,” one of her more high-energy songs, she quipped: “This sounds like it’s about to be a happy song…but it’s not.” 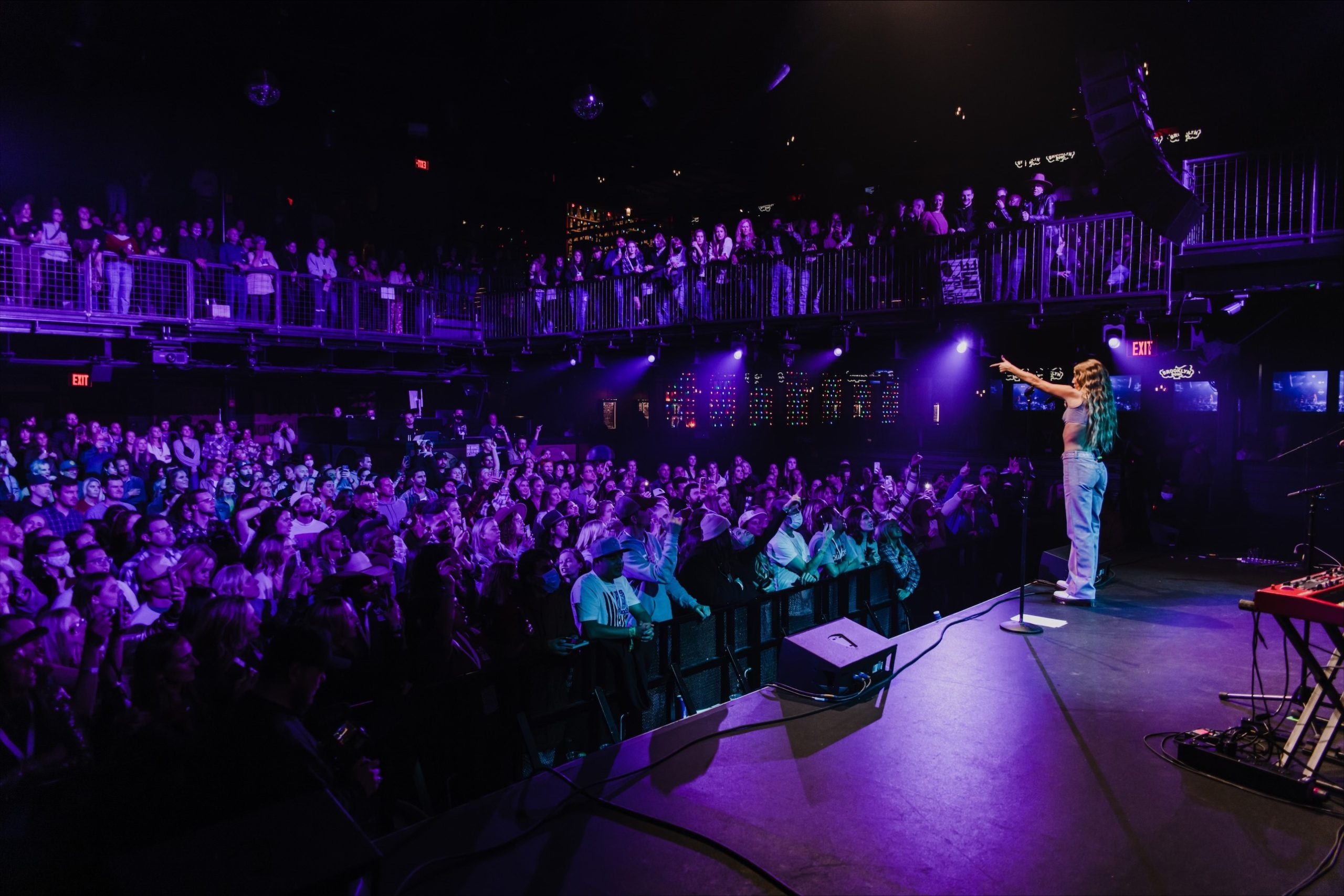 While, admittedly, most of the multi-Platinum artist’s songs address breakups, hardships, and the general feelings of melancholy, she did give fans a special preview of some songs to come, including her first cracks at love songs. Written with Shane McNally, and longtime collaborators Derrick Southerland and Sam Ellis, she showcased the unreleased “Blue,” as well as her forthcoming Julia Michaels co-penned “Feel Like This,” which offers, “I don’t know what this is, but I think love’s supposed to feel like this,” for its killer hook.

“This is actually really exciting for me because I’ve lived here for a while and wrote a lot of shitty songs in this town. It’s really great to be able to play the good ones that I wrote for you guys,” she joked with the packed crowd. “It’s really nice to finally play in the city where I learned how to write.”

She then broke into her current single, “Wishful Drinking,” the powerhouse duet with Sam Hunt. “Sam is busy, so you’re going to have to help me sing the second verse on this,” she said, to which the audience happily obliged.

Throughout her career, Andress has also written songs for other artists, including the Charli XCX-recorded, love-crazy, pop track “Boys.” Andress performed her own up-beat and dance version, which also included a breakdown and introduction of her bandmates followed by their own solo moments. She backed the song up by offering her own high-energy “Waste of Lime,” which gave the audience a much-welcomed twangy moment of alcoholic bliss.

Towards the end of her set, Andress brought out Nashville-based artist and songwriter Teddy Swims who wooed the crowd with his honey vocals and vulnerable lyrics on his recently released duet “Bed On Fire.”

“This human being has the voice of a literal angel… He’s way cooler than me and has quite a few more tattoos than I do, which makes him ten times cooler than me,” she said of Swims during his introduction. “[This song] literally broke my heart when I heard it, and that is very hard to do for me because I’m the Queen of Sad Songs. I think I met my match.” 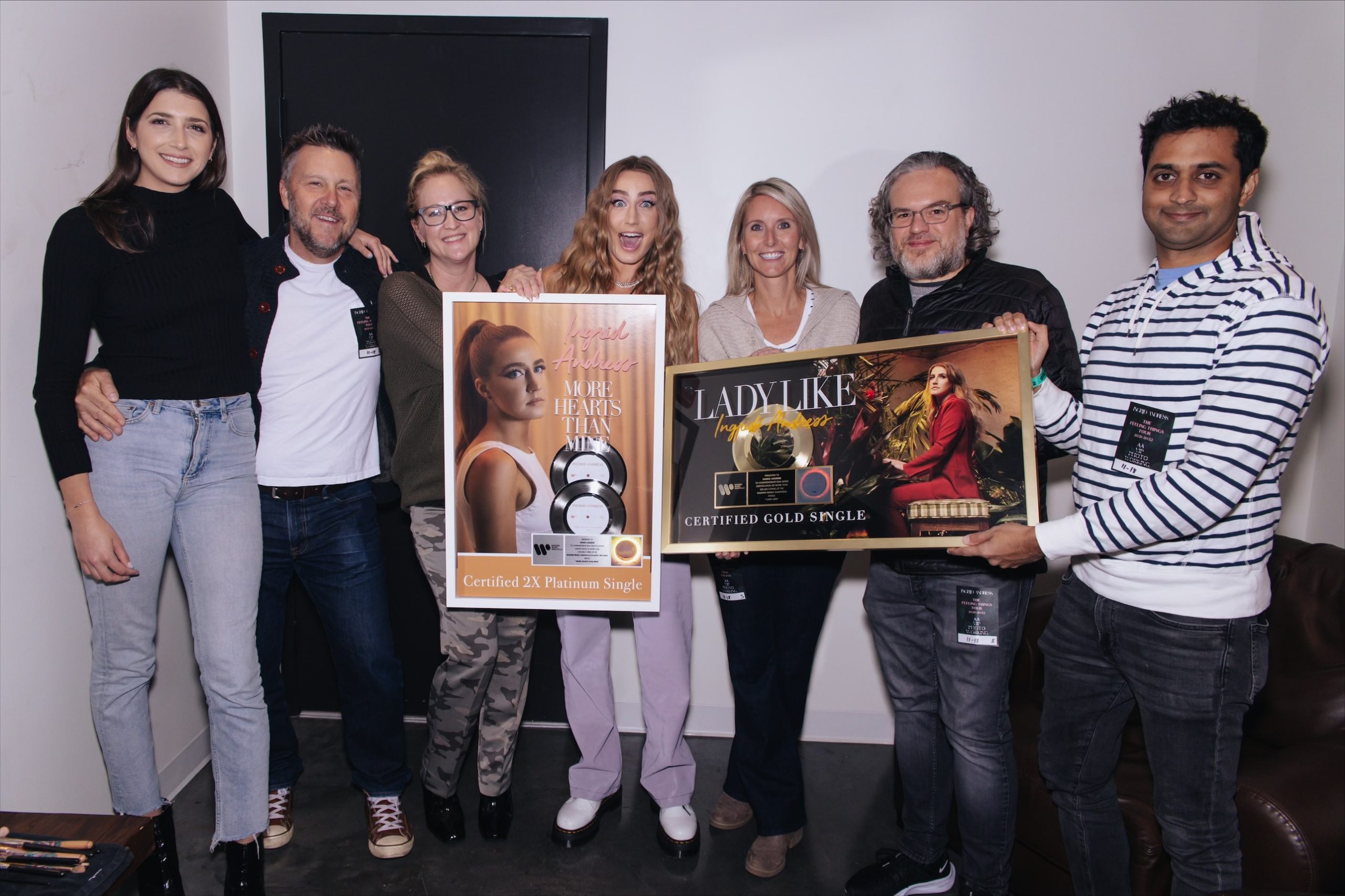 Andress wrapped up the night with her two biggest hits: the family-inspired, 2x Platinum-certified “More Hearts Than Mine,” which earned a booming crowd sing-along, and her bold, Gold-certified single “Lady Like.”

The audience soaked in every word and screamed their fair share along the way.