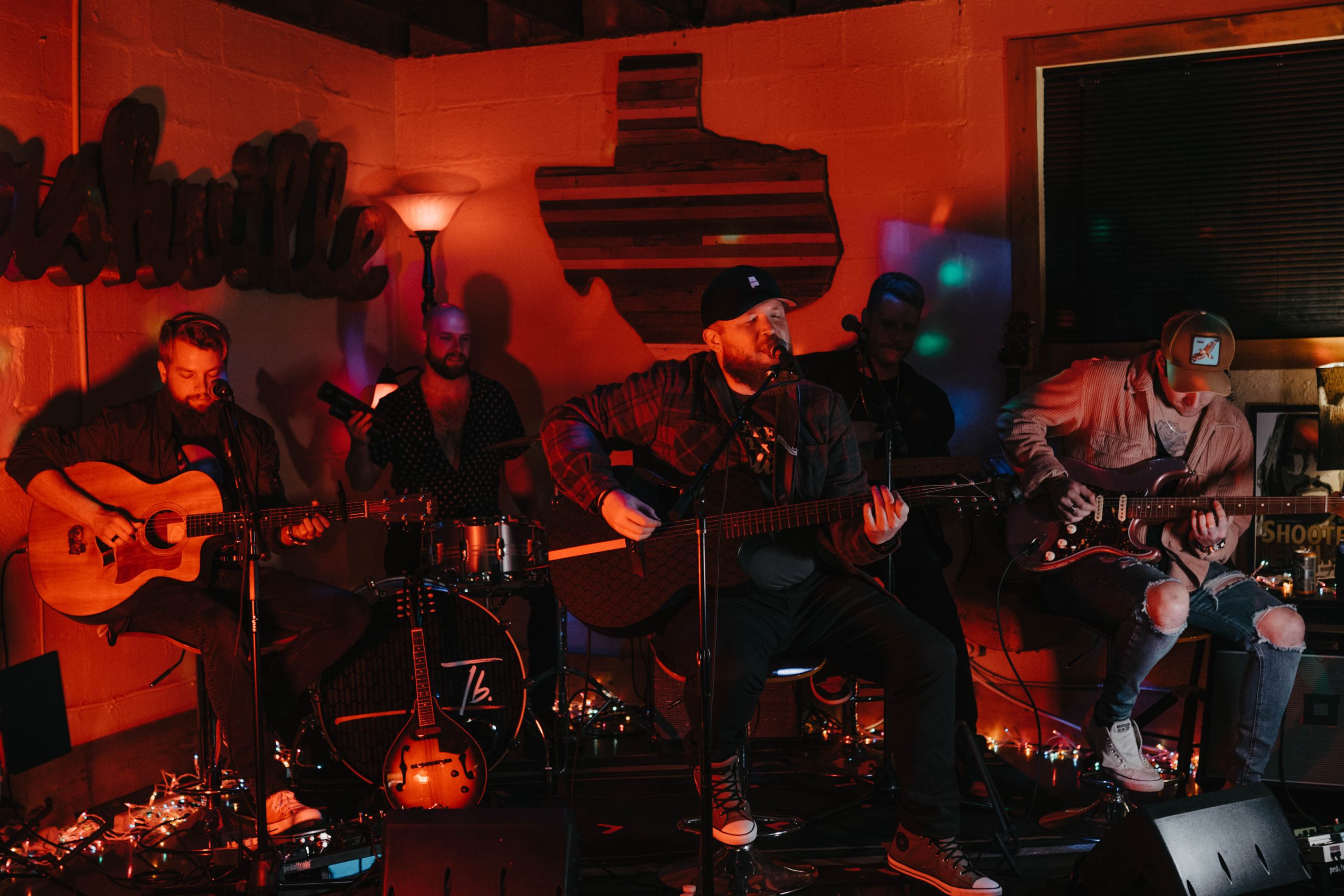 New Warner singer-songwriter Tyler Braden is having A Moment.

Several of them, actually. The 2021 MusicRow DisCovery nominee (and previous DISClaimer “DisCovery” weekly winner) got engaged to photographer Marisa Taylor two weeks ago, staged his debut at the Bluebird Cafe on Tuesday (Nov. 16), staged his first band showcase on Wednesday (Nov. 17), heads out with Brantley Gilbert on his first national tour today (Nov. 18) and releases his debut EP on Friday (Nov. 19).

Cris Lacy introduced Tyler, citing his 70 million streams and 15 million YouTube views. The former Nashville firefighter chatted amiably and sang his EP’s songs “Ways to Miss You,” “Secret,” “Better Off,” “What I See,” “Try Losing You” and “She Don’t Care.” The EP is titled WDTK, which stands for another showcased song, “What Do They Know.” The set also featured the band’s cover of The Goo Goo Dolls 1996 rock mega hit “Iris.” That’s not all. Breland (a 2021 MusicRow Next Big Thing honoree) joined Tyler onstage to perform their co-written “Did It For You.”

At one point, the whole band left the stage except for drummer Eric Schanye. Girlfriend Whitney Berkland joined him onstage. He got down on one knee and surprised her by proposing, offering her a big ol’ ring. She said yes. We all cheered.

Label boss John Esposito waxed enthusiastic following the showcase. He marveled that because of the pandemic, he is now signing artists, like Tyler, based on their prowess as solo performers. He’d never seen his artist perform with a band and was blown away. By the way, Tyler said he’d recruited most of his group from Lower Broadway’s honky-tonks, which are superb proving grounds for country musicians.

Tyler Braden’s Moments don’t end this week. On Jan. 8, 2022 he will have his debut on the Grand Ole Opry.