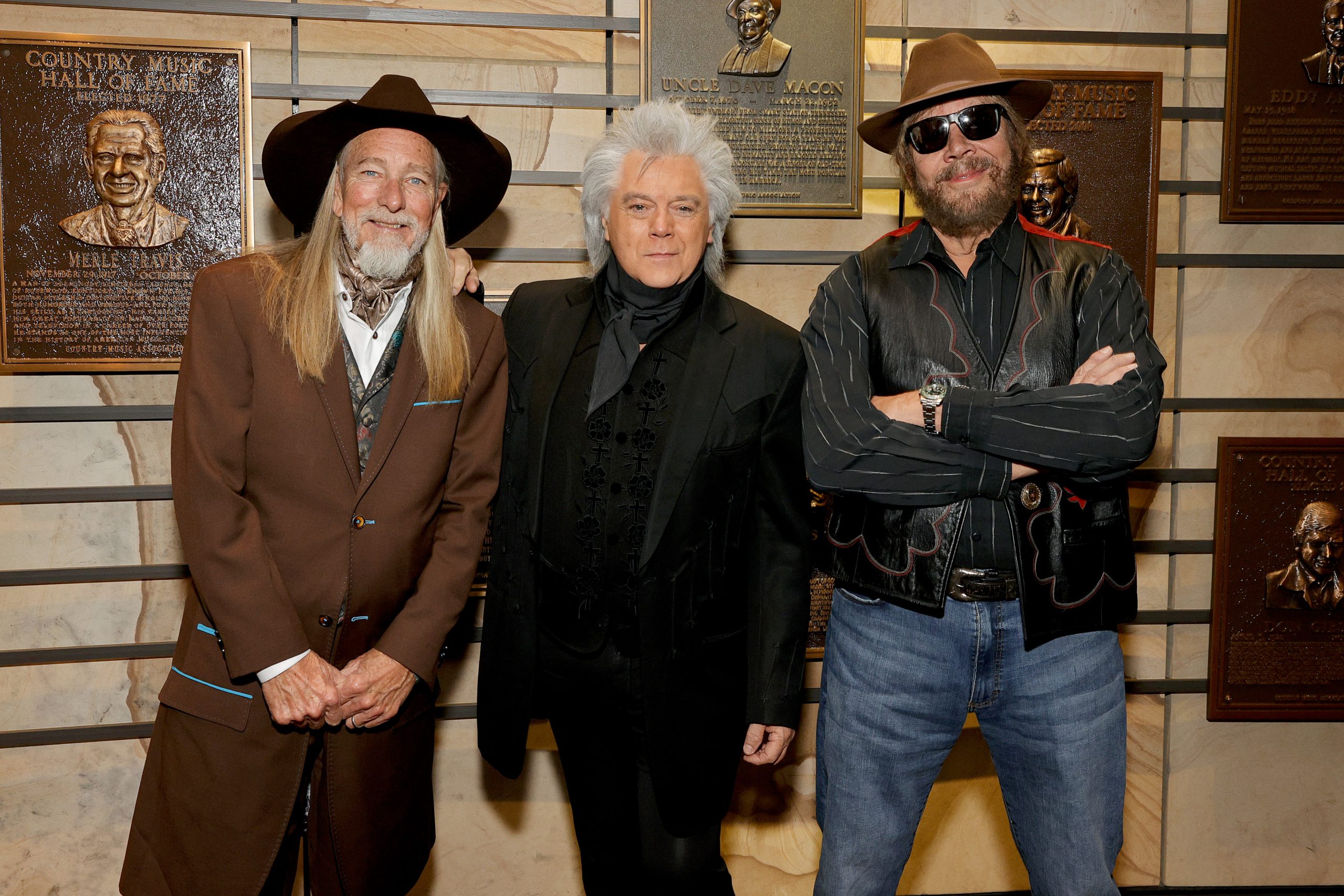 The long-delayed inductions of the 2020 Country Music Hall of Fame honorees were finally staged — in style — on Sunday evening (Nov. 21) at the museum’s CMA Theater.

Performances by 10 stars honored Marty Stuart, Dean Dillon and Hank Williams Jr. during a three-hour presentation attended by a who’s-who of the Nashville music biz. Standing ovations abounded from the vaccinated crowd.

Marty, Dean and Hank were told they were to become the latest members of the Hall in February 2020. Then came the COVID lockdown, so no ceremony was staged. As we all know now, that interruption of our regular lives is now approaching its second anniversary. 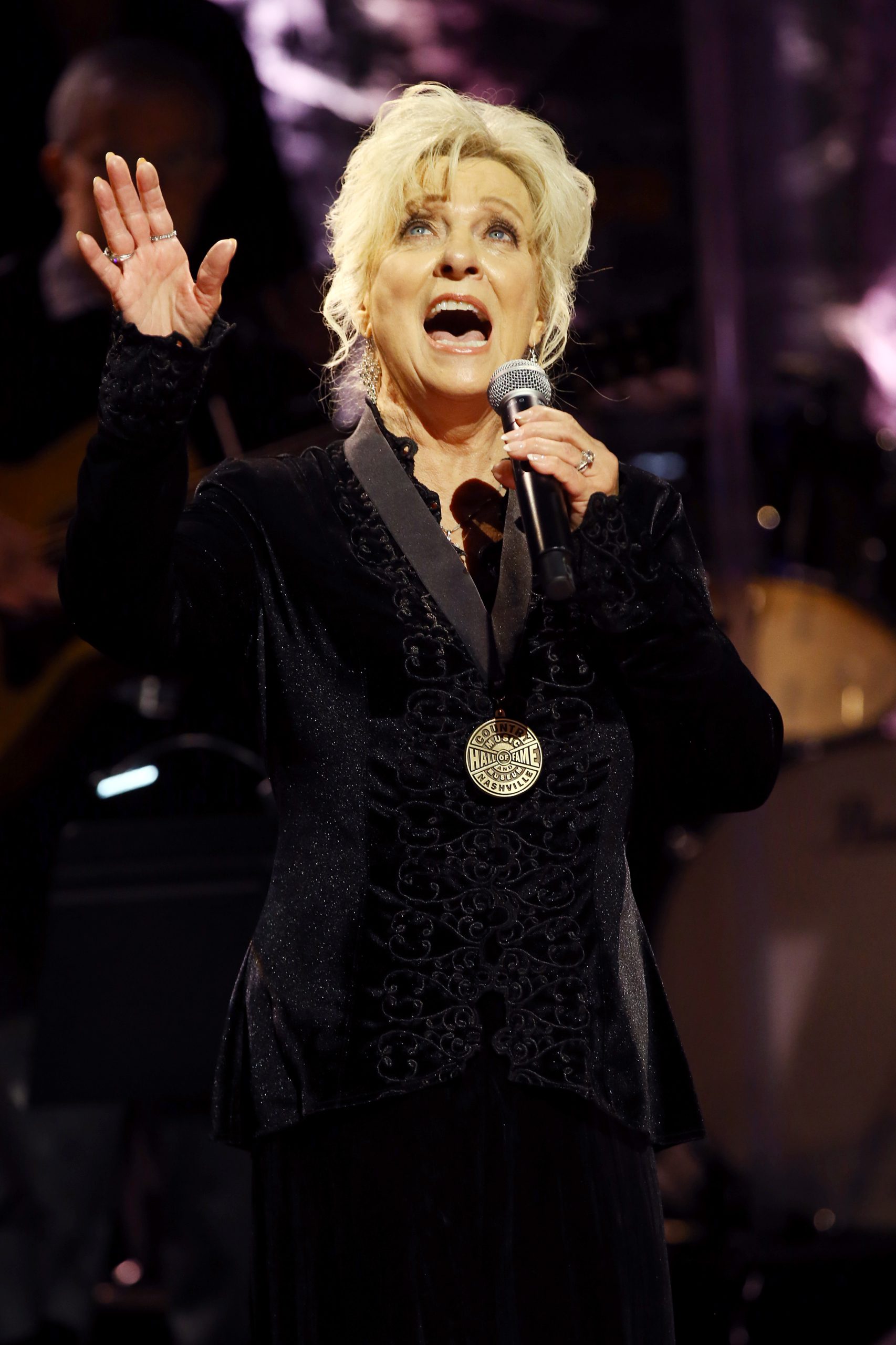 “I hope you guys enjoy this long-awaited night as much as I plan to,” said the CMA’s Sarah Trahern in welcoming the throng. The delay has been so long that Hall of Fame CEO Kyle Young asked for a moment of silence for the six ( ! ) Hall of Famers who have died since we last gathered — Kenny Rogers, Harold Reid of The Statler Brothers, Charlie Daniels, Tom T. Hall, Don Everly and Charley Pride.

As always, Young presided over the ceremony. Following a video biography about Marty, Pastor Evelyn Hubbard of Tunica, Mississippi took to her B-3 organ to lead the band in a rousing version of his gospel song “It’s Time to Go Home.” Accompanied by Charlie Worsham on lead guitar and harmony vocals, Emmylou Harris rocked out on “Tempted.” Ashley McBryde ably interpreted the honoree’s song “The Observations of a Crow.”

Connie Smith inducted her husband. “This is a special moment,” she said. “Reconciliation is a gift from God, and Marty has that gift. He brings people together. Marty makes people feel better whenever he’s around. I’m as proud of who he is as I am of his accomplishments.”

“I love country music — I still feel like I am an ambassador for it,” commented Marty, adding that the artform deserves the same attention and respect as jazz, classical music and other genres. “I believe God loves country music,” he added. “This [honor] is The Ultimate.”

Dean Dillon (Larry Dean Flynn) was introduced by Young and a video bio that underscored his lonely, unsettled childhood. Kenny Chesney sang the contemplative “A Lot of Things Different” (co-written by Dillon and Hall of Famer Bill Anderson). Inspired by Chris Stapleton’s version of “Tennessee Whiskey” (cowritten by Dillon and Linda Hargrove), Brittney Spencer offered a deep-soul rendition of the song. Then George Strait took the stage to sing the beautifully crafted “The Chair” (Dillon with Hall of Famer Hank Cochran), one of 20 charting titles that the songwriter has penned for the superstar. 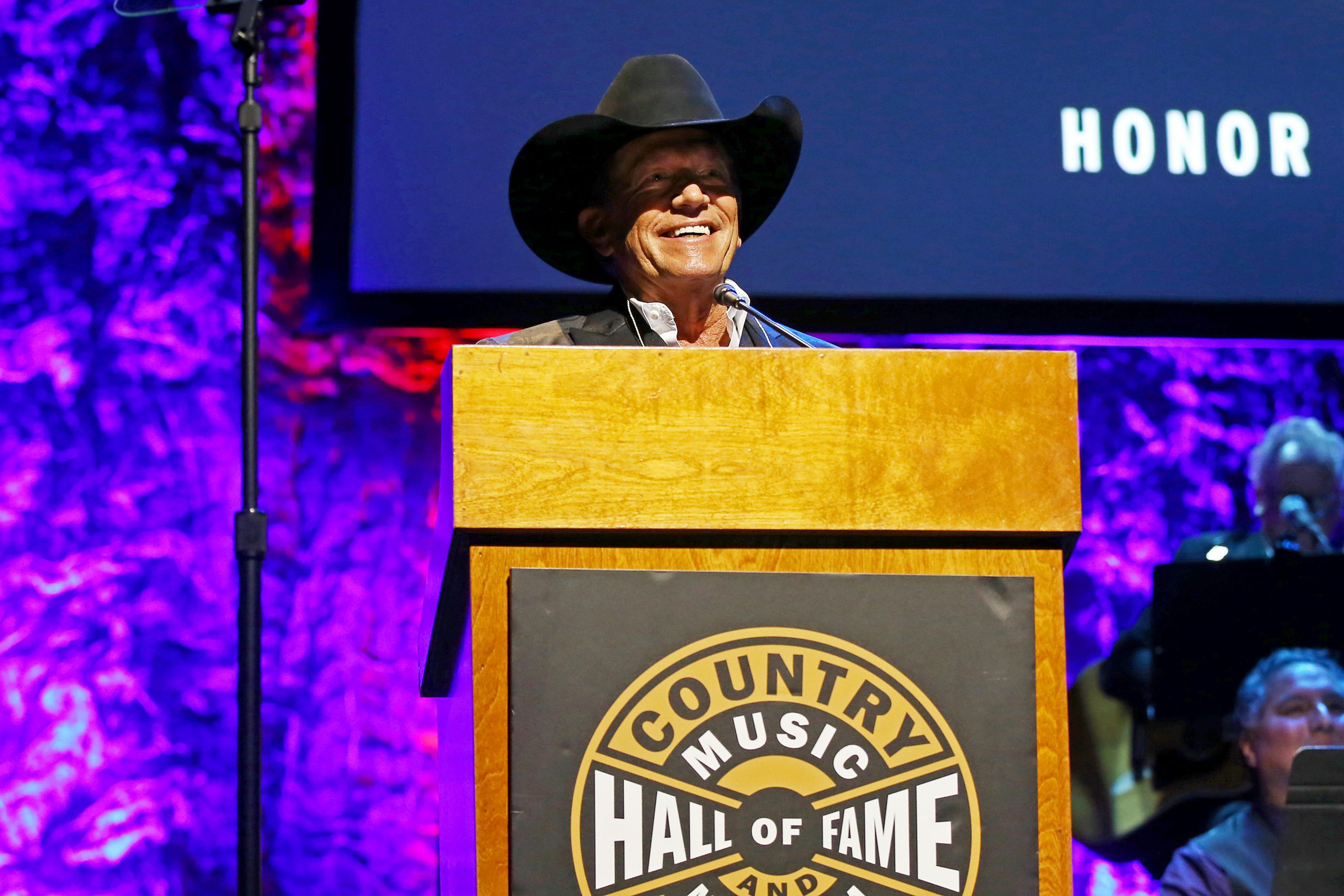 King George inducted Dean. “All those years and all those songs, and here we are,” said George. “It’s so hard to dream about [but] I knew you’d be in the Hall of Fame.”

“When I hitch-hiked here in 1973, I wanted to be… a singer and an artist,” Dean reflected, adding that he eventually gave up making records to concentrate fully on songwriting. “It’s the smartest decision I’ve ever made in my life. I want to thank my sweet Lord for giving me this wonderful gift.” The songwriter became teary-eyed as he concluded, “Thank y’all so much.”

Did you know that a teenaged Hank Jr. made a pop, 45-r.p.m. single on Verve Records billed as “Bocephus?” Me neither, but that’s what his video bio revealed.

Shooter Jennings saluted Hank with “Feelin’ Better,” a song that appeared on Hank’s 1977 LP The New South. Eric Church performed with just his guitar, singing an impassioned “A Country Boy Can Survive,” augmented by an autobiographical sung intro. Alan Jackson and his Strayhorns band conjured a lovely mood with an expressive version of “The Blues Man.” Brenda Lee inducted Hank Jr.

“All my rowdy friends ARE coming over tonight,” said Hank. “I WAS born to boogie. And THIS is a family tradition,” he added, referring to his legendary Country Music Hall of Fame father. 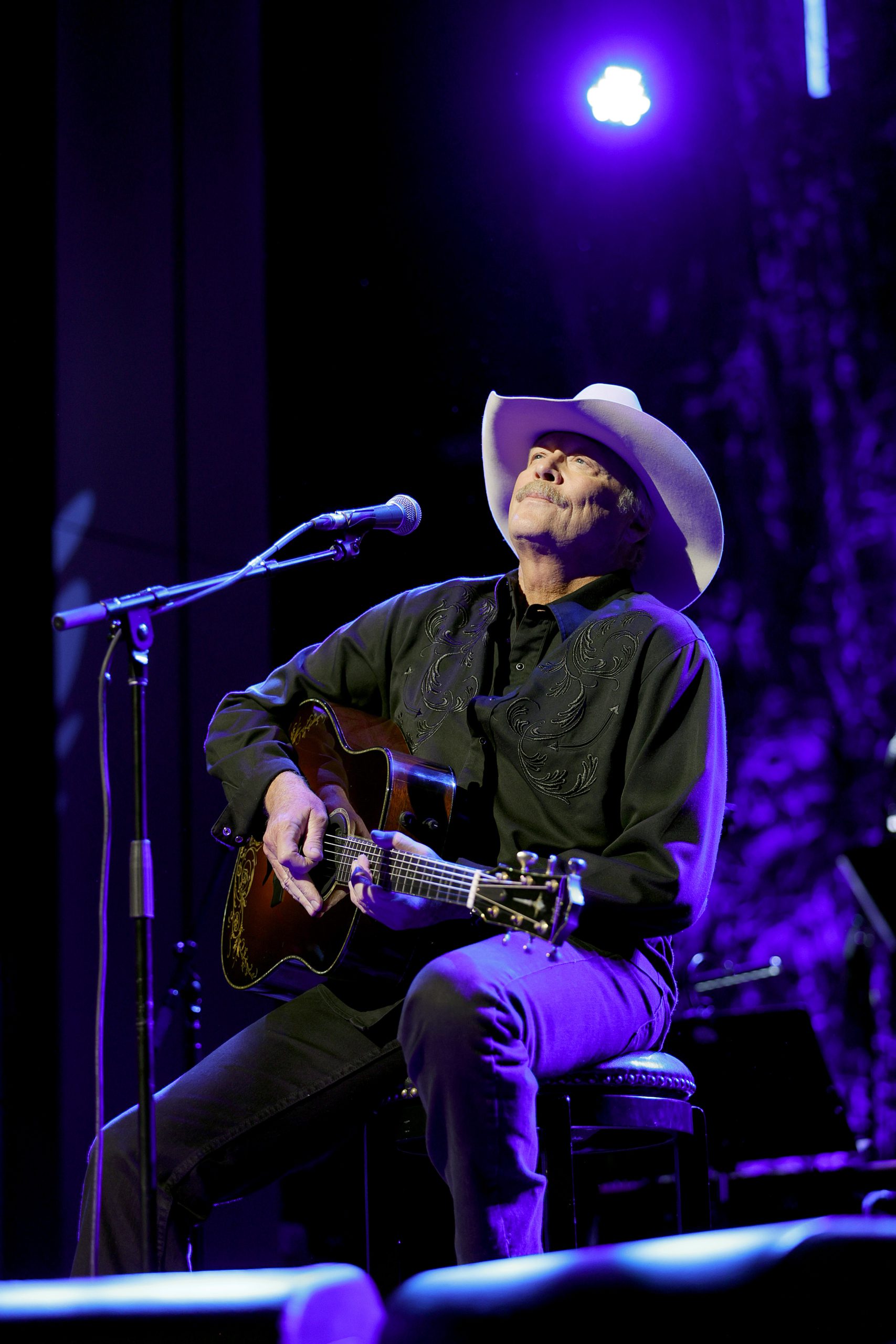 Connie Smith returned to the stage to sing the event’s traditional finale, “Will the Circle Be Unbroken.”

This was the 25th annual Medallion Ceremony, but it was the first for Ken Burns country documentary mastermind Dayton Duncan. He said he was only expecting some acceptance speeches, not the fabulous musical cornucopia that this event always is. I assured him that this is the way Music City does things, year-in, year-out.

Being mindful of health / safety, the usual post-ceremony cocktail supper was scrapped. Perhaps it will return when we induct Ray Charles, Eddie Bayers, Pete Drake and The Judds early next year. Stay tuned.