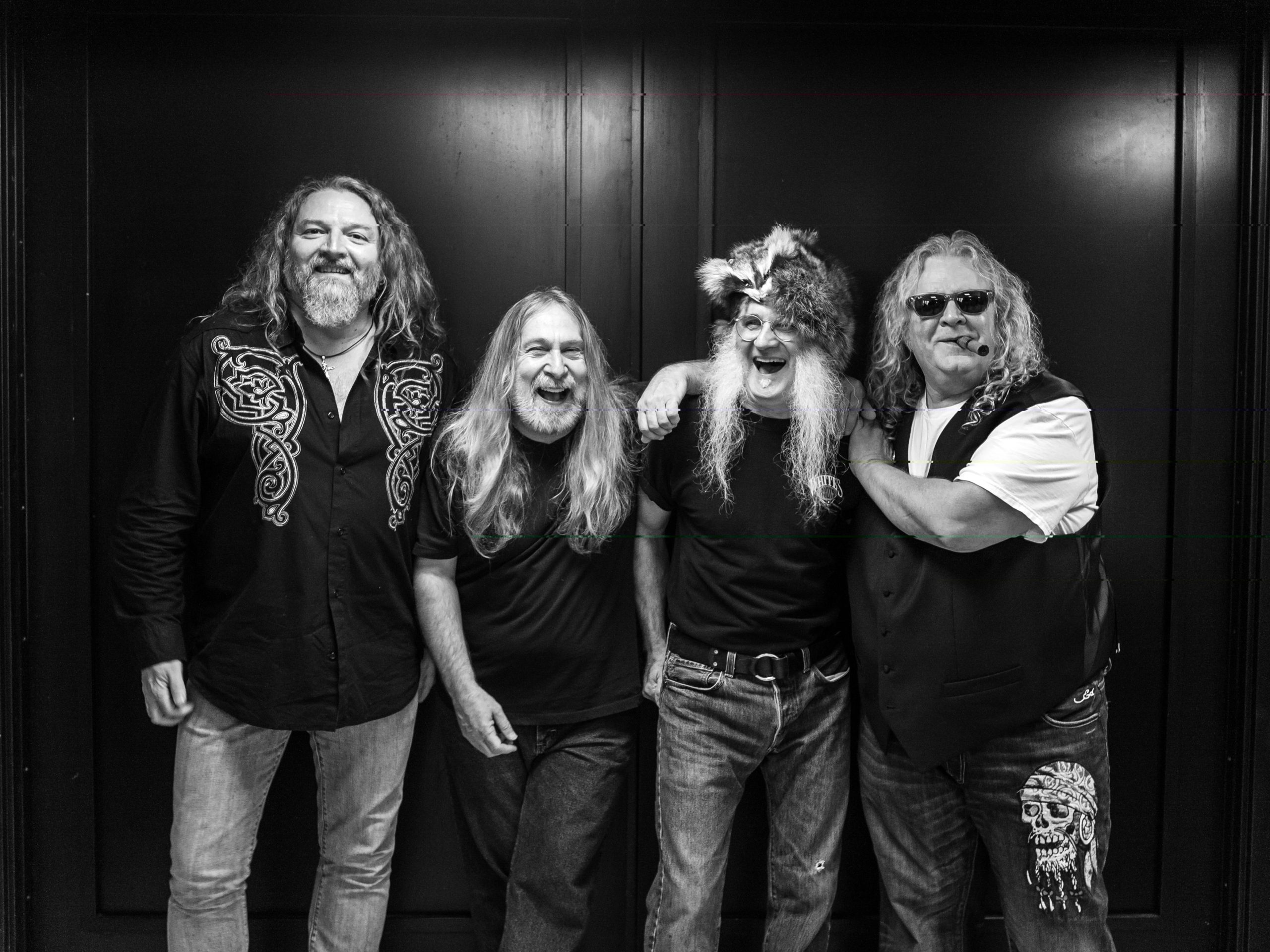 “I must say The Kentucky Headhunters had to take a deep breath, twice, when our publicist Don Murry Grubbs called to say we had been asked to be on the Grand Ole Opry stage for the first time,” says Headhunters guitarist and vocalist Richard Young.

The group first made their mark on country music in the early ’90s with their debut album, Pickin’ on Nashville. Released by Mercury Records, it sold over two million copies, and won a Grammy Award, three CMA Awards, an American Music Award and an ACM Award. Pickin’ on Nashville also spawned four Top 40 country hits: “Walk Softly on This Heart of Mine,” “Dumas Walker,” “Oh Lonesome Me,” and “Rock ‘n’ Roll Angel.” Around that time, Bill Monroe approached Roy Acuff about having the group perform on the Opry stage.

“Mr. Acuff said, ‘I think they are probably good boys and would do a fine job, but let’s get ’em a haircut first,'” reminisces Young. “Needless to say, it never happened. We are so looking forward to our first appearance on the Opry stage in 30 years. We still got our hair, too. Well, most of it!”

The Opry show can be heard at opry.com, wsmonline.com, SiriusXM Satellite Radio (Willie’s Roadhouse), and its flagship home, 650 AM-WSM.

The group began their professional journey in 1968 when brothers Fred and Richard Young and cousins Greg Martin and Anthony Kenney formed the southern blues-rock band Itchy Brother, later becoming The Kentucky Headhunters. To date, the band has sold over eleven million records worldwide.

The Headhunters recently released their first album of all-new material in half a decade. The twelve-track compilation, That’s A Fact Jack!, is available now via Practice House Records.