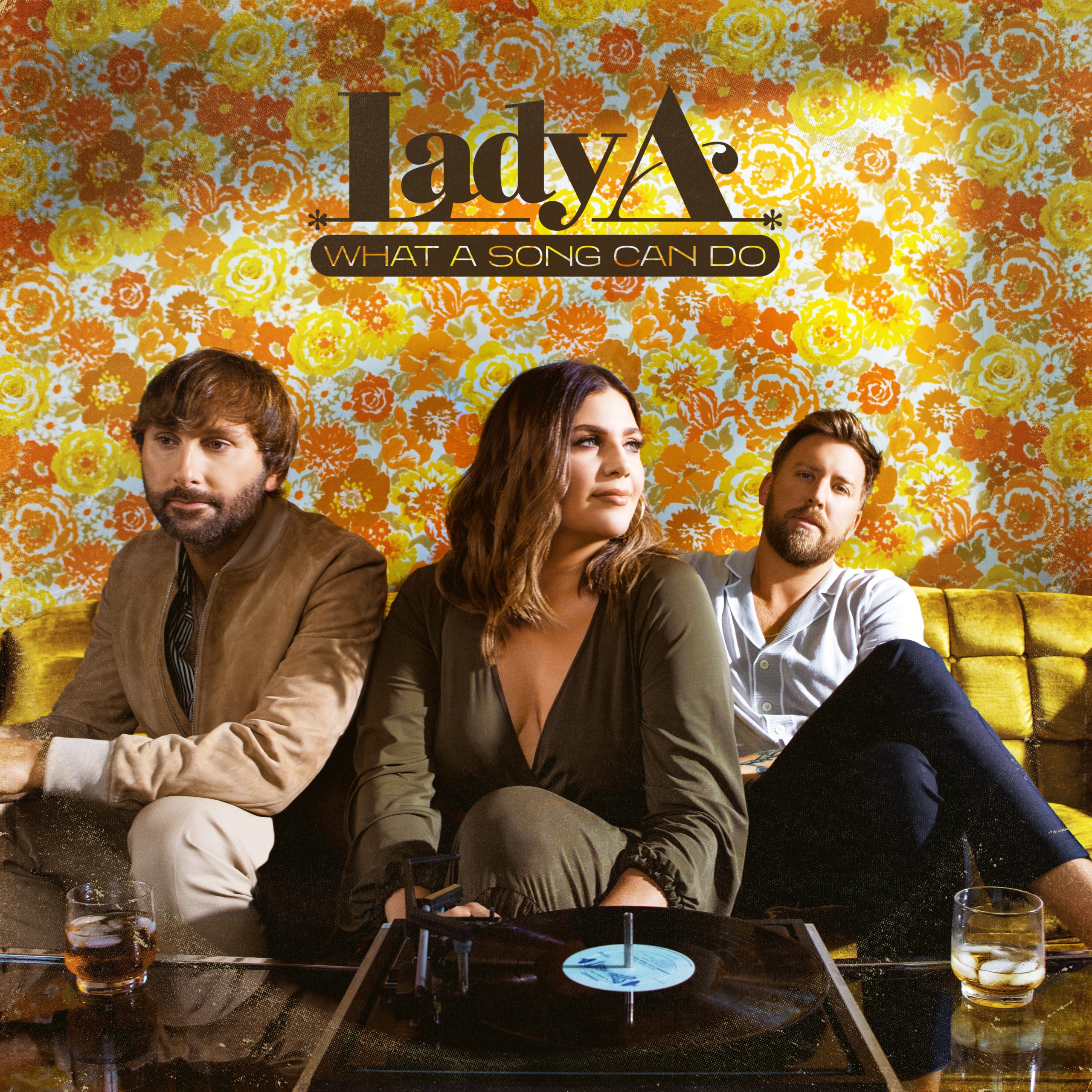 Multi-Platinum and 5x Grammy-winning band Lady A has released their eighth studio album, What A Song Can Do, today (Oct. 22) through BMLG Records.

The 14-song project showcases a refined snapshot of what the highly decorated trio of Charles Kelley, Hillary Scott, and Dave Haywood have experienced since their 2019 album, Ocean, and throughout the turbulent times of the COVID-19 pandemic.

The record also finds the 3x consecutive CMA Vocal Group of the Year flexing their songwriting muscle with at least one of them credited on all but one of the tracks. Also present on the record is some of Nashville’s songwriting royalty as well as some of the city’s hottest rising writers, including Ashley Gorley, Nicolle Galyon, Ryan Hurd, Laura Veltz, Jesse Frasure, Natalie Hemby, Alysa Vanderheym, Martin Johnson and Corey Crowder, among others.

“After the first two or three months of the pandemic, it became brutally obvious that it wasn’t going anywhere anytime soon,” Kelley tells MusicRow. “To keep ourselves semi-productive, we decided to just start working on writing for our next project. We didn’t necessarily have a timeline, and it’s always nice to write without any specific pressure of a release date.” 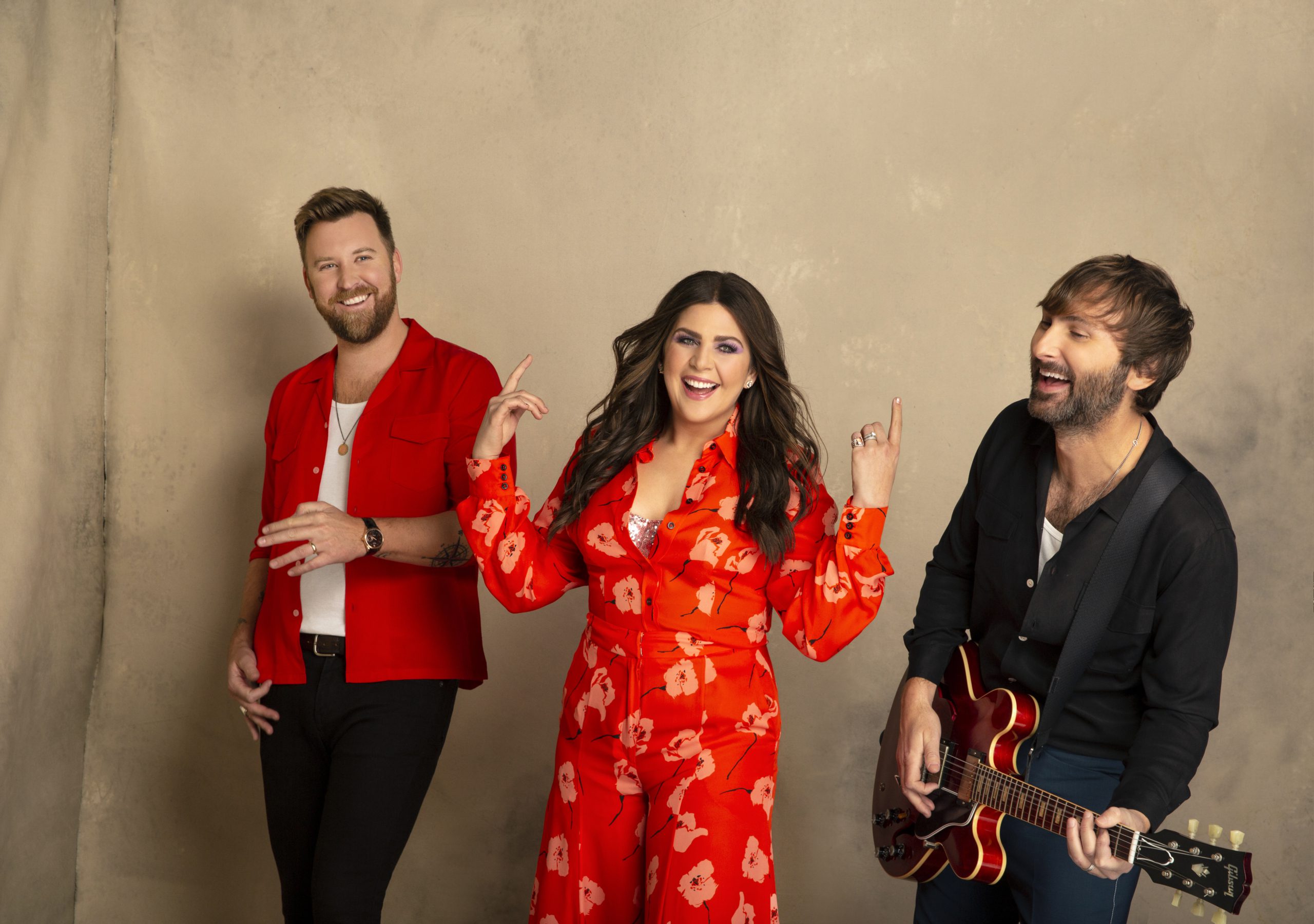 “Songwriting was the real healing part as we were all going through the collective uncertainty of how long the pandemic would last and how long we’d be at home. Even if it was just on Zoom, songwriting was what gave us hope, purpose, and healing,” Haywood explains. “The songwriting felt sort of therapeutic at the time because we could take what we were all going through and throw it into these songs, whether it was serious or exciting.” He adds, “It was really the one thing that helped us stay connected as a trio and helped us really heal during that time.”

Once again produced by Dann Huff, What A Song Can Do shows Lady A’s most well-rounded collection of songs yet. With vulnerable songs like “Worship What I Hate,” heartfelt ones like “Things He Handed Down,” upbeat tracks like their current radio single “Like A Lady,” and empowering anthems like “Fire,” the trio take fans through a sonic expedition that displays numerous aspects of the human condition and truly shows what a song can do.

“My favorite records always took you through a journey and showed you a bunch of different emotions, and that’s who we are,” Kelley says. “There’s a lot of lighthearted moments on this record and then some moments that make you think or feel a little bit more. The material just feels a little bit stronger this time around. I don’t know if it’s just where we are in our career and our confidence in our sound or if it was because we had written so much for this project and we didn’t rush it at all.”

“Our gratitude’s at an all time high right now because of the catalog of material we’ve built. Those songs have taken us around the world and they have meant a lot to a lot of people,” Haywood offers. “We don’t take that lightly, so [‘What A Song Can Do’] felt like a great summation of where our hearts are right now, the power of music, and how much we all need music right now for healing and hope.”

Within the album’s 14 songs, Lady A takes their first stab at a proper star-studded collaboration, with Thomas Rhett, Carly Pearce, and Darius Rucker making an appearance on “Friends Don’t Let Friends.” The track, masked by a fun, party-filled production, brings attention to the importance of friendship and having people that you can lean on, especially over the last 16 months.

“[The song explains] how important it is to lean on each other when we’re going through anything in life, whether it be a breakup or when you just don’t want to drink alone. You want a friend to come alongside you and sit with you in your feelings… It still rings true, no matter what the circumstances, to how much we really do need each other to get through life,” Scott elaborates. “It’s obviously a really lighthearted and fun take on it, and we get to just sing. I can’t wait until we can perform it live all together at some point.”

“Thomas, our co-writers, and I were at the beach hanging out, and Thomas threw that title out and it wrote itself so fast. We had the chorus written just sitting out there watching our kids play,” Kelley adds. “Later that night we got together with Ashley Gorley and Julian Bunetta and finished the verses up. Once I played it for Darius, he was like, ‘Dude, I’m all in on this.’ Then we needed another strong female to balance out all of the testosterone.” 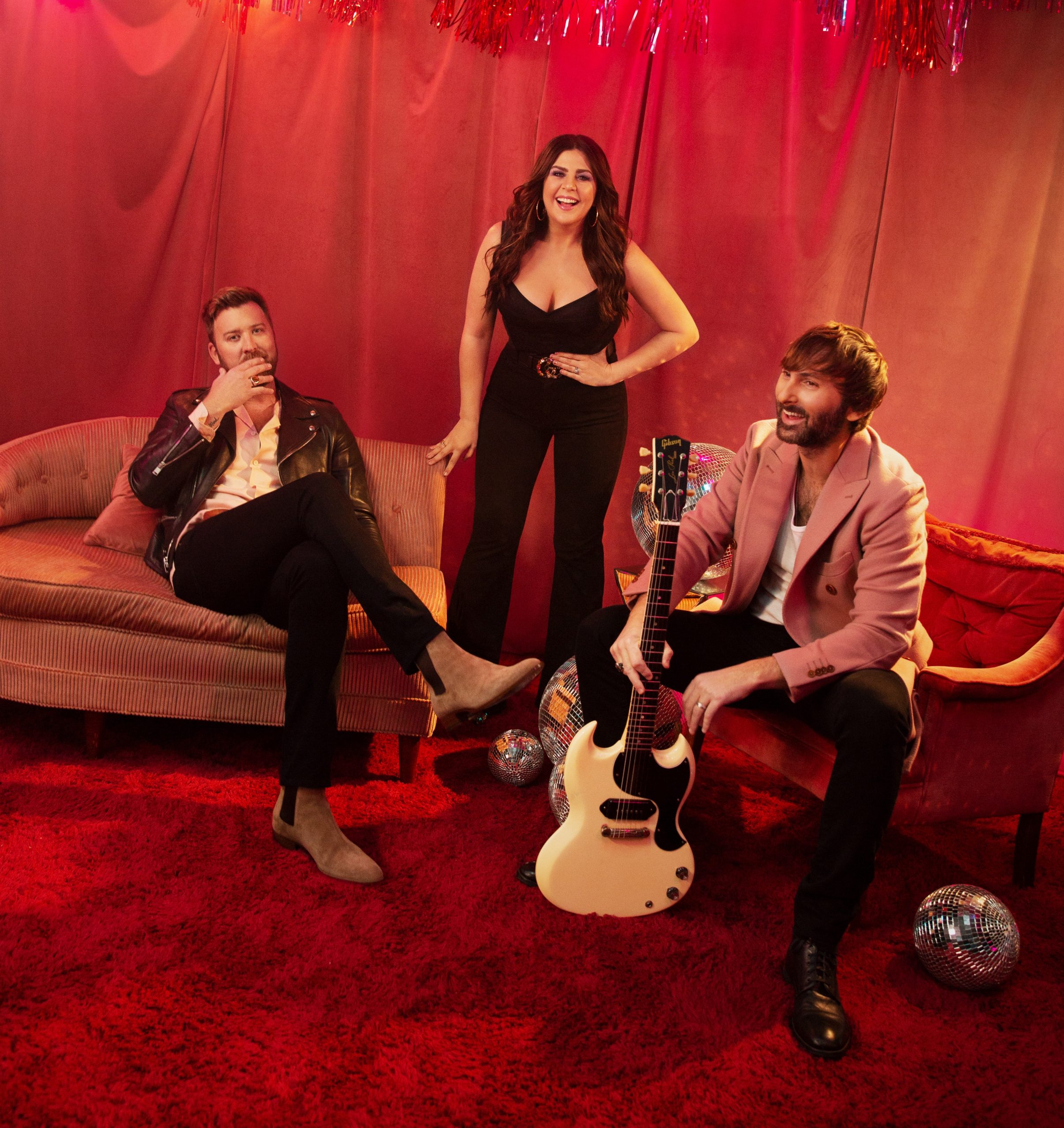 He continues, “Those are truly our closest friends in the industry, and it felt like a good, fun song that balanced out the rest of the record.”

What A Song Can Do also marks Haywood’s first crack at the lead vocal on “Workin’ On This Love.” As the track’s sole writer, Haywood wrote the song for his wife for Mother’s Day in May of 2021.

“We were in the last few weeks of making the record with Dann Huff and I sent this song to Charles and Hillary. I said, ‘If you don’t like it, forget I ever had this idea. But what about me taking the lead on one for a different texture and a different character for the album?'” Haywood recalls. “I thought it might be a different flavor to round out the end of the record… We had fun in the studio working out different harmony parts, and I’m honored for people to hear it.”

Though just wrapping up their “What A Song Can Do Tour,” the trio exudes much excitement as they prepare for this next era of new music for Lady A.

“I love being able to envision these songs, getting to put them into our live show and hearing and seeing the response and the songs that people gravitate towards. Sometimes there’s these outliers on the record that really connect in a deep way, and that information is always really exciting for us to take in once the record is out,” Scott shares.

After 15 years, 18 million albums sold, 11 No. 1 songs, and over five billion digital streams, Lady A aims to bring fans hope and healing through What A Song Can Do as the world continues to move through COVID.

“I hope that [the people who listen to this album] find their own story within it and find some songs that can say how they’re feeling better than they can themselves,” Kelley says. “I hope this record meets people right where they are and that it’s something they needed.”

“We’ve all gone through a crazy time,” Haywood adds. “I hope that the songs and the material meets people and gives them some excitement and joy.” He sums, “I also hope that through it they don’t feel alone with the things that they went through and that they feel that we went through it too. We felt it too, and we were all collectively in that together.”

Lady A’s eighth studio album, What A Song Can Do, is available everywhere now.