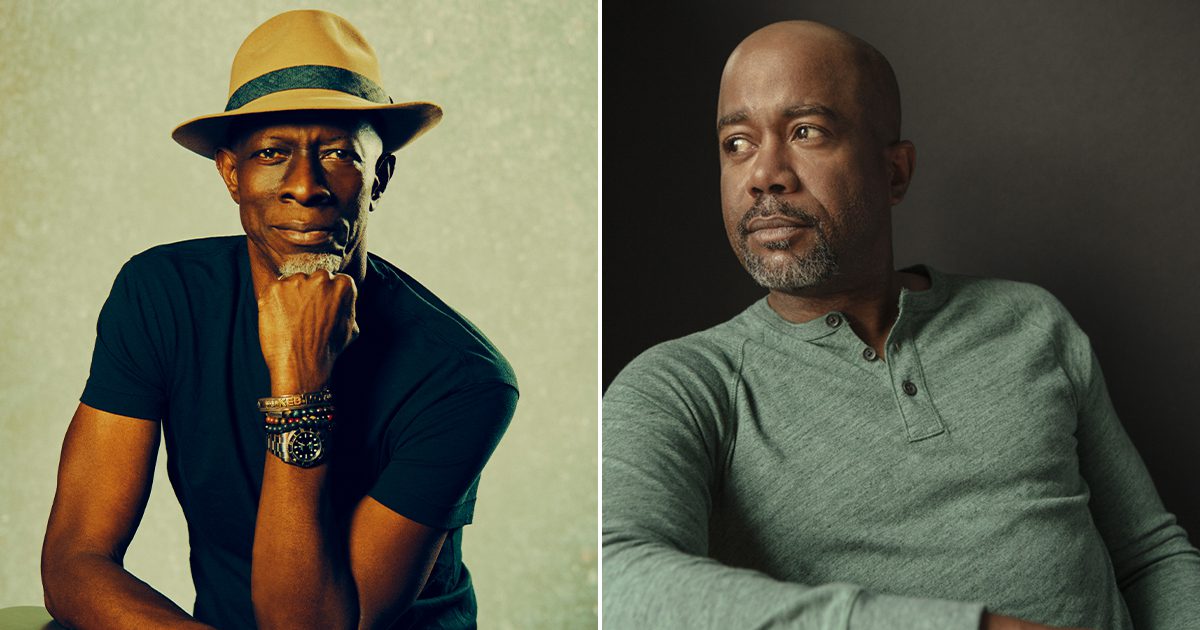 Vying for our attention are Rod + Rose, Dalton Dover and our DisCovery Award winner, Abbey Cone.

Mind you, there are plenty of old friends to greet as well, notably William Lee Golden, Reba, Dolly, Maria Muldaur and the enduringly brilliant Lyle Lovett. Listen right now to Lyle’s “Teach Me About Love.” You can thank me later.

The Disc of the Day belongs to the duo of Keb’ Mo’ and Darius Rucker, with Vince Gill behind the board. It’s a pure delight.

WILLIE JONES / “Get Low, Get High”
Writers: Willie Jones/Cary Barlowe/Brandon Day; Producer: Willie Jones/Brandon Day; Label: Sony/Penthouse
— Jones applies a low baritone vocal to ride atop the beats on this rousing, uplifting outing about overcoming. The track builds to a catchy, quasi-shouted anthem, complete with massed male & female gang sings and a bright touch of brass. The song is pretty much a continually repeated snippet that wears out its welcome about 2/3 of the way through.

JAKE OWEN/ “Best Thing Since Backroads”
Writers: Ben Johnson/Geoff Warburton/Hunter Phelps/Jordan Minton; Producer: Joey Moi; Label: Big Loud
— This jolly thumper is churning up the charts for this perennial favorite. He’s so smitten with her that he thinks she’s prettier than a summer day or a country landscape. Everything about this smiles.

MARIA MULDAUR/ “I’m Vaccinated and I’m Ready for Love”
Writers: Maria Mudaur/Craig Caffal; Producer: none listed; Label: Stony Plain
— The “Midnight at the Oasis” charmer is back with a pandemic ditty. Musically, it’s a straightforward blues bopper with plenty of vintage ambiance and a back-alley guitar solo. Lyrically, it’s as cute as the dickens.

WILLIAM LEE GOLDEN & THE GOLDENS / “Jambalaya”
Writers: Hank Williams; Producer: Ben Isaacs/Michael Sykes/Chris Golden/Rusty Golden; Label: Copperline
— The “mountain man” of the Oak Ridge Boys kept his family’s spirits up during the pandemic by having recording sessions. The Country Hall of Famer and his three sons (Rusty, Chris & Craig) give this Hank Williams classic a Louisiana backbeat and some zippy guitar and piano work to make it a contemporary dance tune. Lotsa fun. Also check out their exquisite family harmonies on the Jim Reeves standard “Four Walls.”

DALTON DOVER / “You Got a Small Town”
Writers: Adam Craig/Jamie Paulin/John Pierce; Producer: Matt McVaney; Label: Droptine
— Blake turned his chair around for this youngster on The Voice a few years back and here’s why. Dover is a forceful, confident singer with plenty of grit and swagger in his delivery. The small-town Georgian displays impressive range and volume on this salute to rural roots. The production is needlessly busy and rock electrified, but he rises above it. An impressive debut, reminiscent of the titanic Luke Combs.

LYLE LOVETT / “Teach Me About Love”
Writers: Walter Hyatt; Producer: none listed; Label: Omnivore
— Drawn from an Austin City Limits tribute show to the late singer-songwriter Walter Hyatt, this sensational little acoustic swinger slides into that sweet spot between country and jazz. And nobody has the vocal “cool” to bring this off better than Lyle Lovett. Stay tuned for the finale yodel. “Groovy” doesn’t even begin to describe it.

MATT STELL / “Boyfriend Season”
Writers: Matt Stell/Zach Abend/Seth Ennis/Geoff Warburton; Producer: Matt Stell/Ash Bowers; Label: RECORDS/Arista
— The single continues to be “That Ain’t Me No More,” but this newly released track is almost as hooky. Advice for a broken hearted lady from her former lover.

ABBEY CONE / “Rhinestone Ring”
Writers: Abbey Cone/Heather Morgan/Nathan Spicer; Producer: Nathan Spicer/Abbey Cone; Label: Valory
— This youngster debuts with a sweet tune about wedding dreams. You don’t need all the fancy trimmings to make nuptials perfect, just true love. She doesn’t miss church bells, a veil, a white dress and all that: A jukebox dance in his arms wearing a little black dress in a neon-let barroom is just fine.