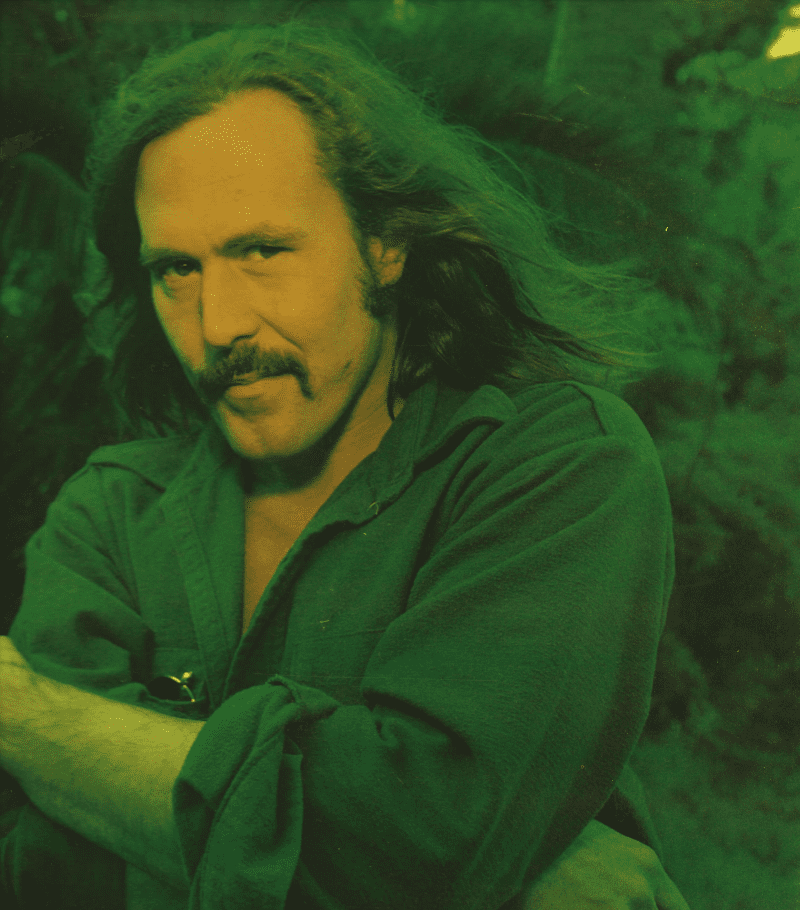 As the leader of Commander Cody & His Lost Planet Airmen, he was noted for such 1970s hits as “Hot Rod Lincoln” and “Smoke! Smoke! Smoke! (That Cigarette).” The country-rock mainstay released more than a dozen albums between 1972-1995.

Frayne was born in Boise, Idaho and raised in New York City. He pursued music and art as a youngster, becoming proficient on piano. His professional debut was in an all-lifeguard band at Jones Beach on Long Island. In college, he performed in the frat-house band The Fabulous Surfing Beavers.

After graduating from The University of Michigan in Ann Arbor, he formed a band with Bruce Barlow, Bill Kirchen, Billy C. Farlowe and others in 1967. They dubbed themselves Commander Cody & His Lost Planet Airmen, borrowing the name from a 1950s science-fiction movie serial.

The group specialized in retro styles such as western swing, boogie-woogie, jump blues and rockabilly. The Airmen relocated to San Francisco in 1969 and soon attracted a following among the city’s hippies.

Paramount Records signed the band and issued Lost in the Ozone as its debut LP in 1972. The collection mixed original tunes such as “Seeds and Stems (Again)” with revivals of country oldies such as Willie Nelson’s “Family Bible” (1960) and Charlie Ryan’s “Hot Rod Lincoln” (1955). The latter rose on the country charts and became a top-10 pop-music smash.

Cody followed it with a remake of the 1940-41 Glenn Miller / Andrews Sisters favorite “Beat Me Daddy Eight to the Bar.” Hot Steel, Cold Steel and Truckers Favorites appeared as the band’s second LP in 1973. Its country oldie remakes included “Truck Drivin’ Man,” “Diggy Diggy Lo” and “Looking at the World Through a Windshield.”

The group came to the 1973 CMA convention in Nashville. But the members’ long hair and flagrant marijuana smoking scandalized the mainstream country community, and they were booed off the stage.

The 1974 LP Country Casanova included versions of Bob Wills’ “My Window Faces the South” (1946), Buddy Holly’s “Rave On” (1958) and the Tex Williams/Merle Travis 1947 favorite “Smoke! Smoke! Smoke! (That Cigarette).” The last-named again appeared on both pop and country charts.

Recorded at Armadillo World Headquarters in Austin, the 1975 LP Live From Deep in the Heart of Texas earned a four-star review in Rolling Stone. The band switched to Warner Bros. Records, which issued Tales From the Ozone. Produced by Hoyt Axton, it contained “Roll Your Own,” “Minnie the Moocher,” “I Been to Georgia on a Fast Train” and “Cajun Baby.” Two more Warner LPs ensued, as well as the 1975 single “Don’t Let Go.” This revival of Roy Hamilton’s 1958 hit became the band’s final charted pop recording.

Cody’s tenure at Warners was profiled in the 1977 book Star Making Machinery. In its pages, he resisted the label’s pressure to become a commercial country-rock band like The Eagles.

The Airmen became the opening act for everyone from Waylon Jennings and Merle Haggard to Led Zeppelin and the Doors. As headliners, they were noted for their wildly entertaining, marathon concert performances. Following a 1976 European tour, the original band broke up.

By then, Asleep at the Wheel had emerged as country’s premier western-swing revivalists. That band’s leader, Ray Benson, eulogized Frayne/Cody on Facebook by saying, “He made Asleep at the Wheel possible in so many ways, and we owe him a debt of gratitude for all the love and inspiration he gave us.”

Frayne continued his billing as Commander Cody, recording and touring with an ever-changing band lineup. Guitarist Kirchen often reunited with him. Cody signed with Arista Records for two albums in 1977-78. Later Commander Cody albums appeared on such labels as Blind Pig, Atlantic, Line, Relix and Woodstock.

As a sideman, he played piano on albums by Poco, Link Wray and New Riders of the Purple Sage. In 1980, his music video for “Two Triple Cheese (Side Order of Fries)” won an Emmy Award. Cody’s droll personality, easy-going quips, zany worldview and witty, talking-blues vocals made him a crowd-pleasing favorite on David Letterman’s TV talk show.

He also achieved notoriety as a painter. His works were exhibited in galleries worldwide and included in the 1979 book Star Art. He held a master’s degree in art and taught art at The University of Wisconsin.

George Frayne’s death was announced on Facebook by his wife, Sue Casanova. He died in Saratoga Springs, New York. No cause of death was revealed, and funeral arrangements are unknown.