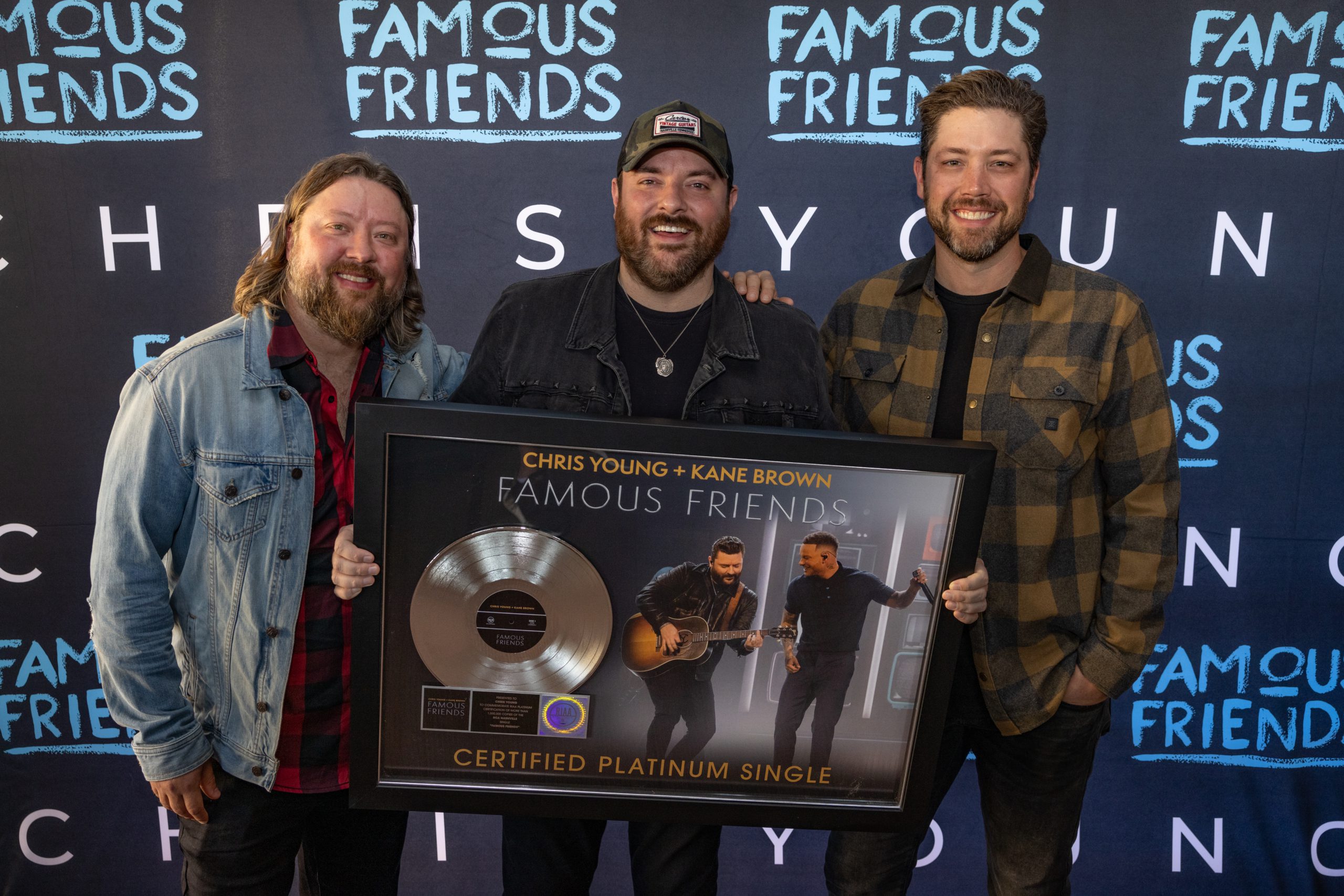 Co-produced by Young and Crowder, “Famous Friends” not only topped the Country Aircheck/Mediabase and Billboard country radio charts, it also spent 15 weeks in the Top 5 on Billboard. It was Young’s twelfth career No. 1 as a recording artist—tenth as a songwriter—and Brown’s sixth.

Brown was not able to attend the party at DawgHouse Saloon on Demonbreun, but was lauded by many for his contribution.

The celebration was hosted by BMI’s Clay Bradley. “This isn’t an ordinary No. 1,” Bradley said. “This one is going to be a recurrent. I hope you like it because you’re going to hear it for the rest of your life.” 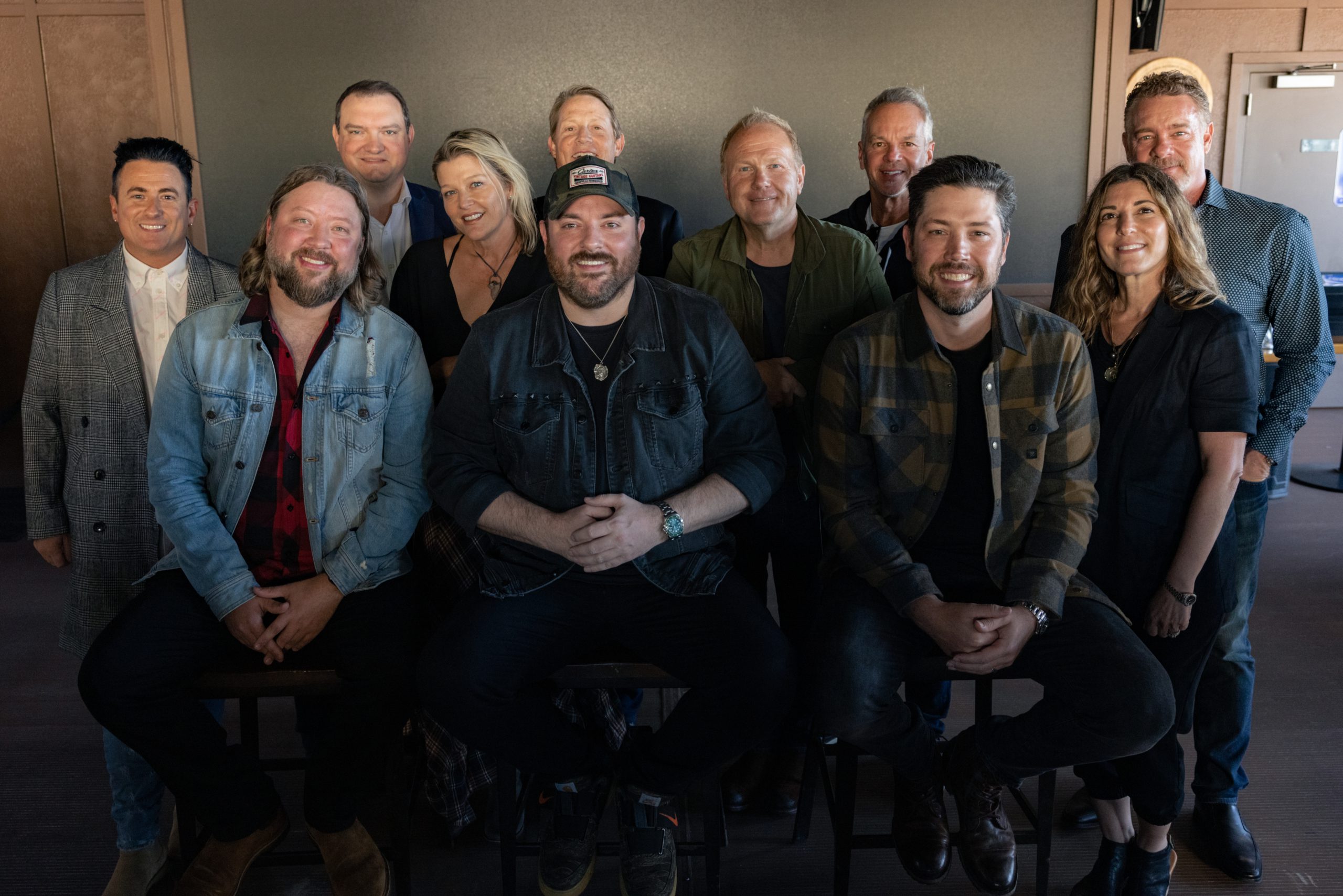 Universal Music Publishing Nashville’s Troy Tomlinson was on hand to talk about UMPG writer Young. He bragged on Young for the quiet community service the singer has become known for. “He is one of the most giving artists in our format,” Tomlinson said. “I absolutely love this song. I appreciate you for writing it and recording it.”

Leslie DiPiero from Tree Vibez Music stepped up to talk about writer and producer Crowder. “We love the song and are looking forward to the CMA win!” DiPiero predicted.

Rhythm House’s Jesse Frasure bragged on his writer, Barlowe. “Cary, we’ve worked together for 15 plus years. In that time, I’ve yet to meet somebody that doesn’t love you. There’s a lot of talented people in this town, but to be loved and liked the way you are is a rarity.”

SESAC’s Shannan Hatch made her first No. 1 party appearance since her return back to the PRO. Sony Music Nashville’s Steve Hodges also spoke about the RCA Records Nashville entertainer, Young.

The co-writers all expressed thankfulness for each other for giving it their all on the record.

Young was emotional when it came time for him to speak. “The past couple years that we’ve all dealt with has been a lot,” Young said. “Being able to put out a song talking about people you grew up with, and have it be a big ole hit on the radio, is thanks to everybody in this room and everybody that’s not in this room that worked on it from the top down.”

Young made sure to thank BMI, Sony Nashville, Rob Beckham and The AMG, WME, his band and crew, business management at Huskins-Harris, and more.

“I’ve been incredibly lucky from top to bottom,” Young says. “This song is all about the people that you know.”