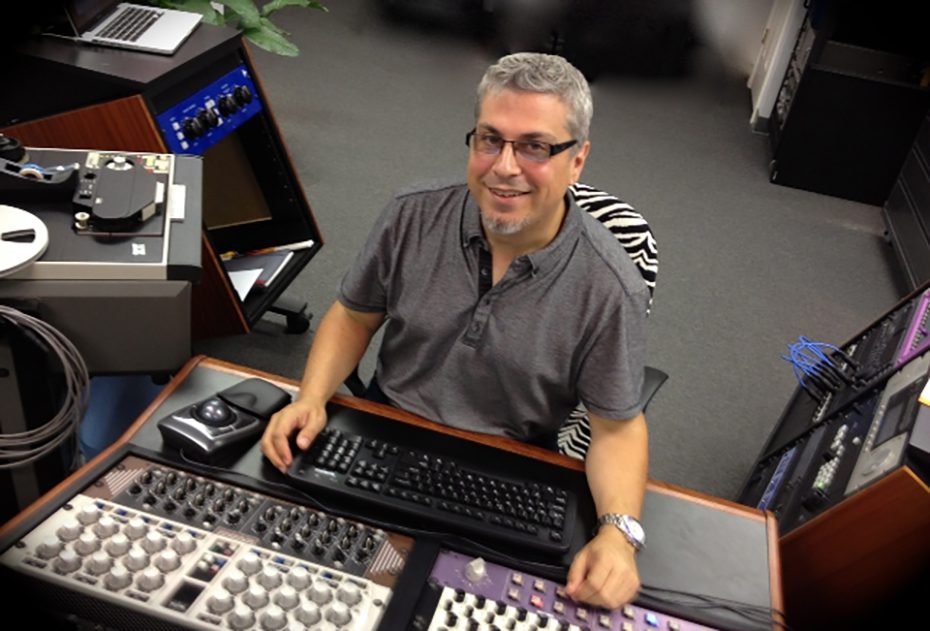 A native of rural South Carolina, Palmaccio began his formal music training at age eight after moving to a small town outside Chicago. First as a trumpet player and later as a drummer, he recorded his first demo at Hedden West Studio as a teenager. After completing a B.A. in Telecommunications with a minor in Religious Studies from Indiana University, he went on to work as a mastering engineer for Bonneville Broadcasting, PolyGram Records, Sterling Sound and Sony Music Studios.

Throughout his career, Palmaccio was nominated for six Grammy awards and won four in the Best Historical Album category for such projects as 1998’s The Complete Hank Williams, 2003’s Martin Scorsese Presents the Blues: A Musical Journey, 2004’s Night Train to Nashville: Music City Rhythm & Blues 1945-1970, and 2014’s Bill Withers: The Complete Sussex and Columbia Albums

Palmaccio also spent time as an audio hardware design consultant, musician, public speaker and musical instrument craftsman. He was extremely well versed in a large variety of musical styles, genres, and technologies as both a business professional and creative. A veteran of the New York mastering community, Palmaccio founded The Place…For Mastering in Nashville in 2006, where he was president and chief engineer. He was also an adjunct instructor at Belmont University.

Among the recent projects Palmaccio mastered were records for The Eagles, BeBe Winans, Keith Urban, Gwen Sebastian, The Rock and Roll Hall of Fame, David Cook, Josh Kelly and Jim Oblon. He was part of the Leadership Music Class of 2011. Palmaccio joined the Sony Music Nashville staff in April of 2019 as Specialist, A&R Administration, where he assisted with managing recording costs and trafficking and archiving all of Sony Music Nashville’s audio and video masters.

Palmaccio was known to be a loving family man. He and his wife of 28 years, Alex Rockafellar, were devoted partners in life and business.

Those wishing to express condolences may email [email protected].

There will be a celebration of life for Palmaccio on Saturday, Oct. 23 at the Vanderbilt Dyer Observatory from 3:00 p.m. – 6:00 p.m. More details here.