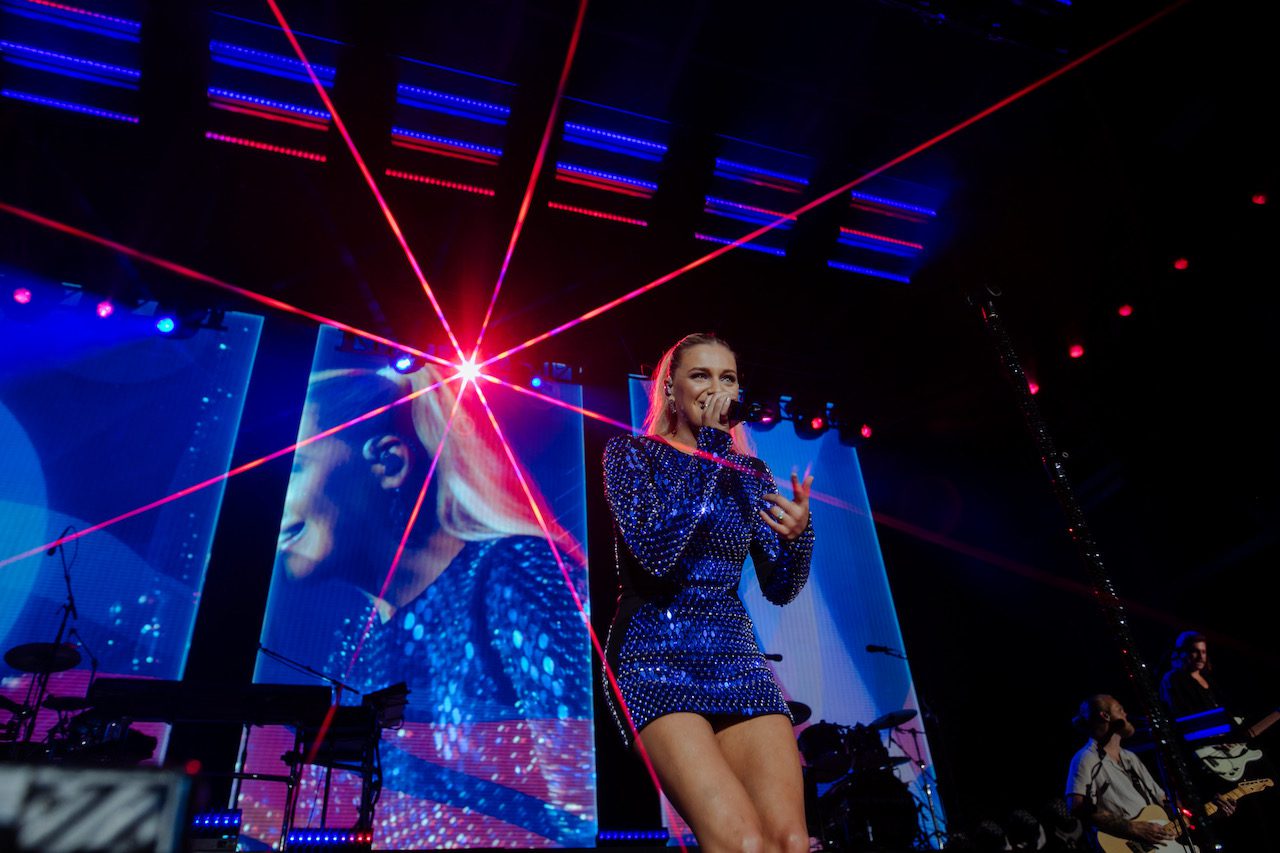 Last week, multi-Platinum songwriter and entertainer Kelsea Ballerini took the stage at the recently opened First Bank Amphitheater on the outskirts of Franklin, Tennessee as support on the Jonas Brothers‘ “Remember This” Tour.

The new boutique venue located at the Graystone Quarry in Thompson’s Station hosted its first event on Aug. 5 with Together: Feeding Nashville where a big topic of discussion was the issues related to traffic. After a handful of shows, the venue still has some of those issues with many concert-goers rolling in late to the first of the Jonas Brothers’ two-night stay. 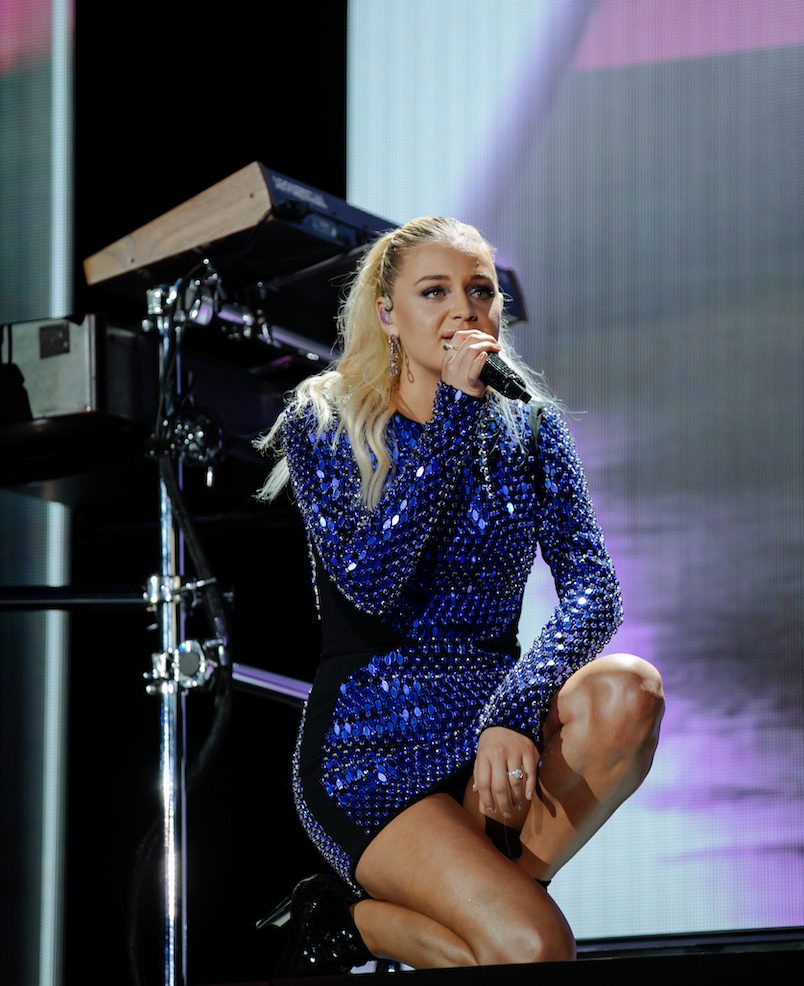 However, once on stage, Ballerini wowed the crowd with many of her No. 1s and fan-favorites, including her 2015 Platinum-certified single “Peter Pan” and her designated drinking song, “Hole In The Bottle.” She also performed her newest single “I Quit Drinking,” which features LANY frontman Paul Klein.

Dipping into the feelings of nostalgia that many of the attendees were experiencing from seeing one of the world’s favorite childhood boy bands, Ballerini shared part of a video she recorded in 2008 that explained her long-time admiration for the trio.

“[In this video] I’m gonna talk about five reasons why I love the Jonas Brothers,” the then pre-teen singer says, earning quite the reaction from the audience. “The first one is their passion for music. I made another video that talked about how we share that because I love to sing and I love to write songs, and they do too. I think it would be really awesome to meet someone who has that same passion that is living their dream out, and I think it would be really cool to talk to them about.” 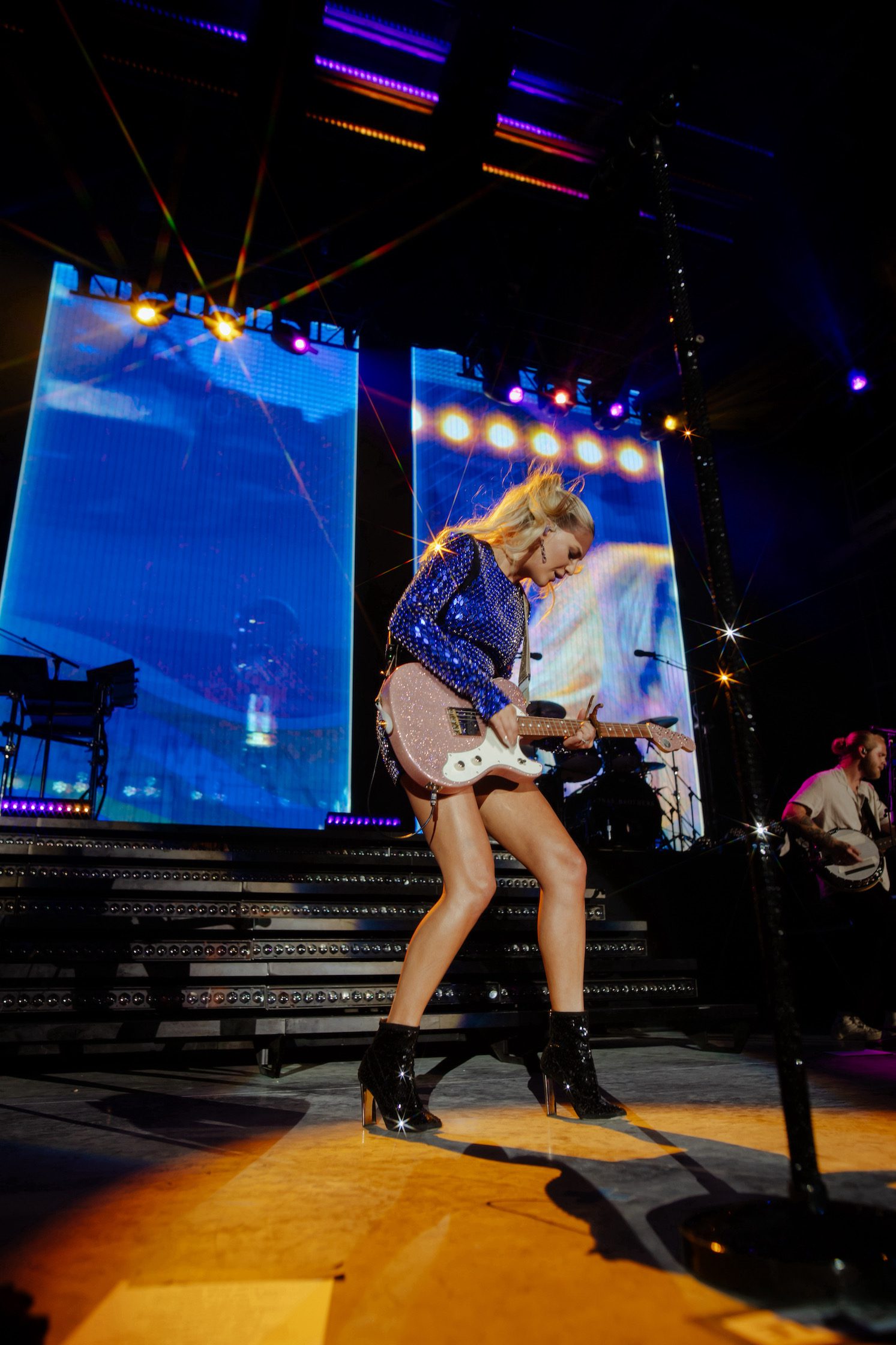 The now 28 year-old followed it up, saying: “So that’s me… If I could go back and tell 12 year-old Kelsea that on a Thursday night at this new, beautiful venue in Nashville freaking Tennessee that I would be able to stand on this stage and not only sing some songs of my own that people might know, but open up for the Jonas Brothers… I wouldn’t have believed it, y’all.”

She continued, “Judging by the fact that you’re here early and you’re standing up with t-shirts, signs, hoodies, and all kinds of things, I’m assuming you feel the same way about the Jonas Brothers as I do. That also means that a lot of us probably grew up on a lot of the same music, and we’re lucky because we got the good stuff.”

The 6x No. 1 singer then broke out into a string of early 2000s covers, including Taylor Swift’s “Teardrops On My Guitar,” Kelly Clarkson’s “Breakaway,” and “Lucky” by Britney Spears, before transitioning into her vulnerable, emotion-evoking “Homecoming Queen” which featured a booming chorus choir from the audience.

Ballerini also offered her powerful post-breakup track, “The Way I Used To,” before wrapping with “This Feeling,” her 2018 duet with EDM supergroup The Chainsmokers to which she offered a “secret” third verse for the special Nashville show.

Ballerini and the brothers will continue on to stops in Atlanta, Cincinnati, New York, Boston, Tampa, Dallas, and more before wrapping at Los Angeles’ Hollywood Bowl on Oct. 27. 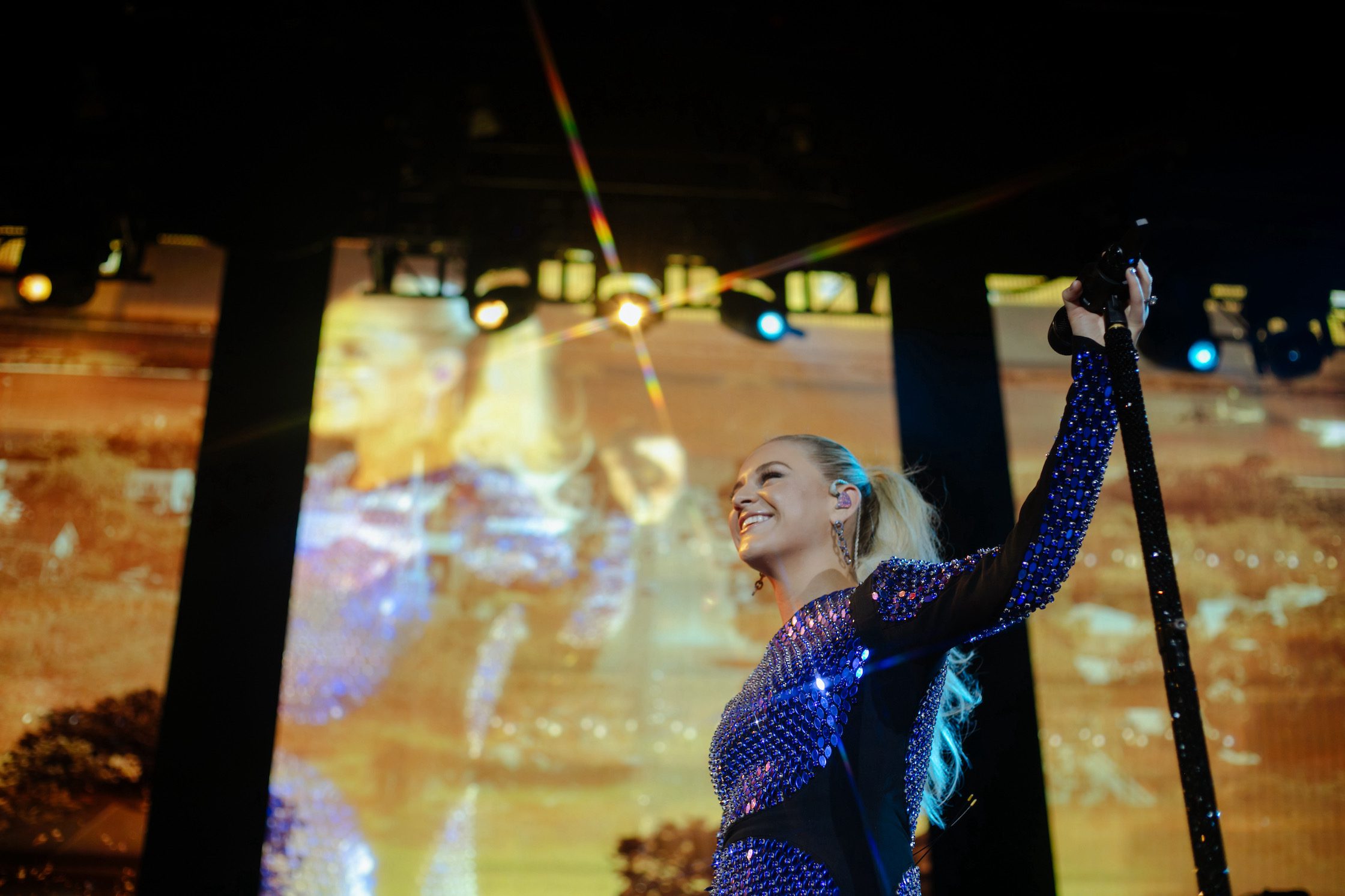