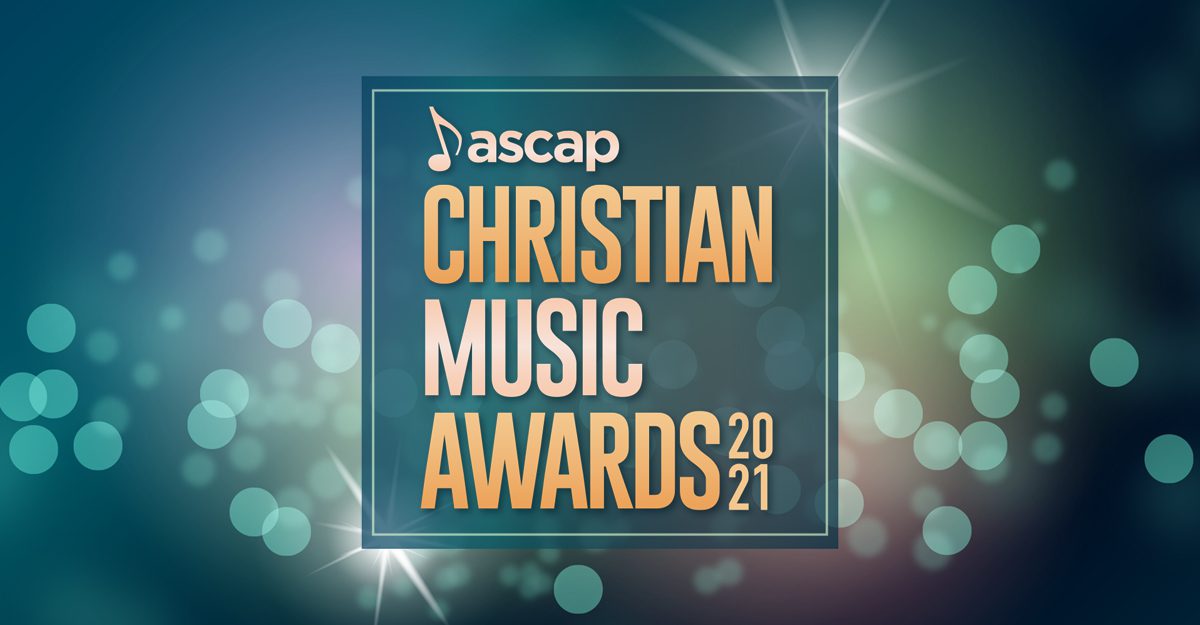 Honoring the most performed Christian music of the past year, the social media event will feature exclusive photos, videos, performances, acceptance speeches and more from some of the winning songwriters and publishers posted with the hashtags #ASCAPAwards to @ASCAP on Facebook, Twitter and Instagram.

For the fourth time, Matthew West has been named ASCAP Christian Songwriter of the Year, honoring his hit songs like Jeremy Camp’s “Keep Me in the Moment,” and Casting Crowns’ “Love Moved First” and “Start Right Here.” With over 130 songwriting credits for artists including Rascal Flatts, Scotty McCreery and Amy Grant, as well as his own hits as an artist, West has also been recognized as ASCAP’s Christian Songwriter-Artist of the Year in 2013, 2015 and 2016.

Grammy-nominated songwriter, artist and worship leader Cory Asbury took home ASCAP Christian Songwriter-Artist of the Year for the first time. After winning ASCAP Song of the Year in 2019 for his chart-topping hit “Reckless Love,” he adds two ASCAP most-performed song awards for “The Father’s House” and “Sparrows.”

The Grammy and Dove Award-nominated song, “Famous For (I Believe),” earned ASCAP’s Christian Song of the Year. Co-written by ASCAP member Alexis Slifer and published by All Essential Music and Buddybabe Music, the Tauren Wells and Jenn Johnson track spent 54 weeks on the charts.

Capitol CMG Publishing receives ASCAP Christian Music Publisher of the Year for the 19th consecutive year for songs including “Good God Almighty,” “Out Of My Hands” and “Peace Be Still.” To celebrate the honor, the Capitol CMG publishing team gathered virtually to accept the award.

ASCAP Chairman of the Board and President Paul Williams says: “My heart is full of gratitude for you, ASCAP’s family of songwriters, composers and music publishers. Your beautiful music shines a light in both hard and joyful times, guiding us forward with messages of love, hope, faith and mercy… Congratulations to all of this year’s winners for your achievements.”

The two-day social media celebration running through tomorrow (Sept. 23) will feature exclusive photos, videos, performances, acceptance speeches and more from some of the winning songwriters and publishers, including a performance of “Rise Up (Lazarus)” from chart-topping newcomers CAIN and an acceptance speech from Dave Haywood of Lady A for their winning song “Who You Are to Me.”

Other songs honored as the most performed from the last year include “Battle Belongs” (Phil Wickham), “Graves Into Gardens” (Elevation Worship), “Still Rolling Stones” (Lauren Daigle), and “Together” (For King & Country), among others. Click here to view full list of ASCAP’s most performed Christian songs of 2020.