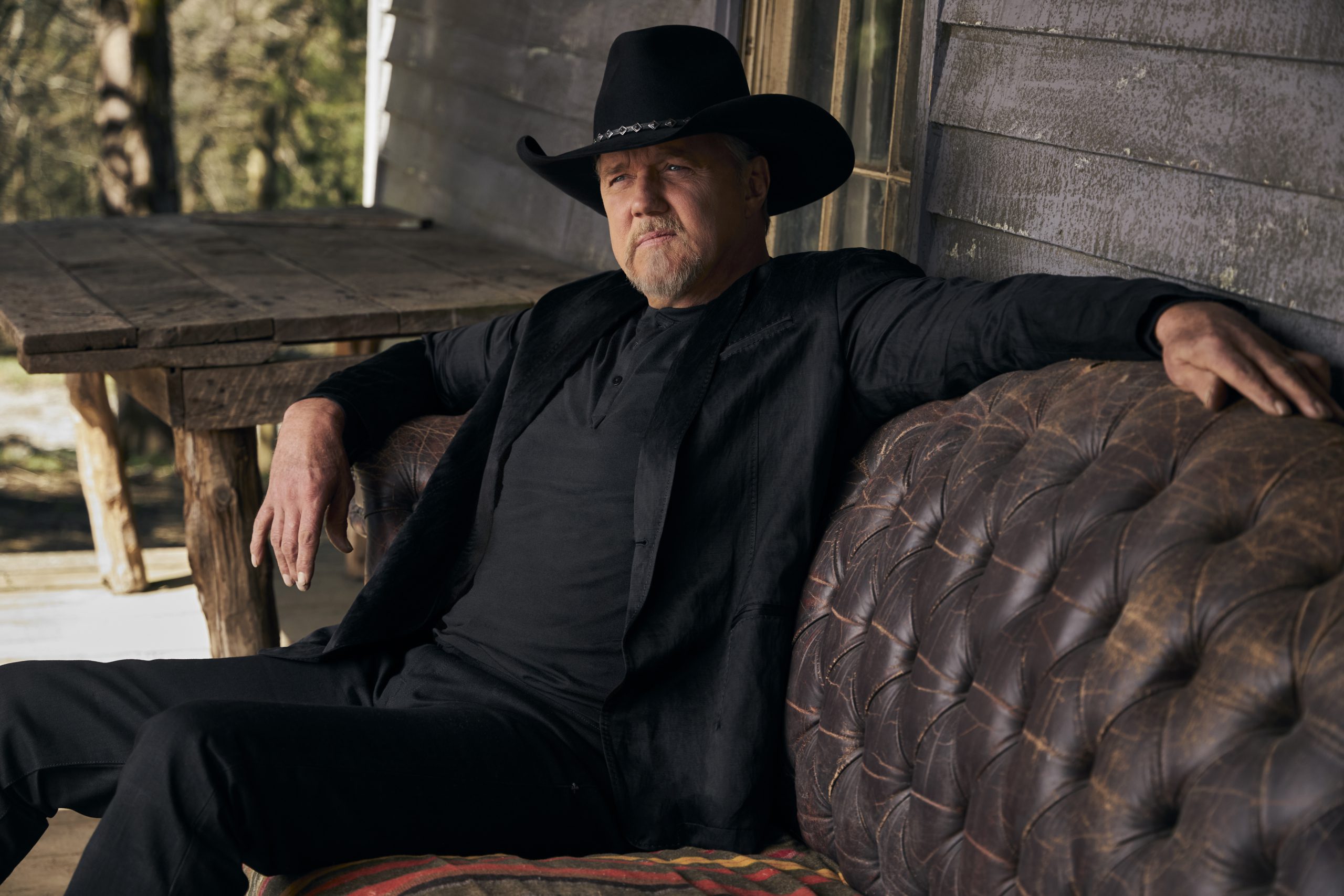 Multi-Platinum country recording artist Trace Adkins has returned to the spotlight to celebrate the 25th anniversary of his debut LP, Dreamin’ Out Loud. To commemorate the impressive milestone, his new project, The Way I Wanna Go, is available everywhere today (Aug. 27) through Verge Records.

Marking his 13th studio album, this new project includes 25 tracks, including the already released “Empty Chair,” “Heartbreak Song,” and “Where The Country Girls At” with Luke Bryan and Pitbull. However, out of over two dozen new songs, Adkins is joined by quite the cast of collaborators, such as Blake Shelton, Melissa Etheridge, Keb’ Mo’ and Stevie Wonder on harmonica, and Snoop Dogg.

Produced by Mickey Jack Cones and Derek George, The Way I Wanna Go shows Adkins as he looks back on his career which began in 1996.

As a Grand Ole Opry member for nearly two decades, the Louisiana native quickly cracked the Top 5 of Billboard’s Hot Country Songs chart after his debut with “Every Light In the House Is On,” following with the No. 1 smash, “This Ain’t (No Thinkin’ Thing).” In his 25-year career in country music, Adkins has sold over 11 million albums, charted more than 20 singles, earned numerous awards and Grammy nominations, and garnered over two billion streams.

Adkins recently sat down with MusicRow to discuss his quarter-of-a-decade career, the new album, and the next 25 years.

MusicRow: How have the last 16 months been for you?

I’ve been in the studio the whole time, which is why we ended up with 25 songs on this record. We had plenty of time so we just kept cutting stuff. My voice was rested and I felt great, so we just kept moving.

What are some of your favorite moments with fans from the past 25 years? 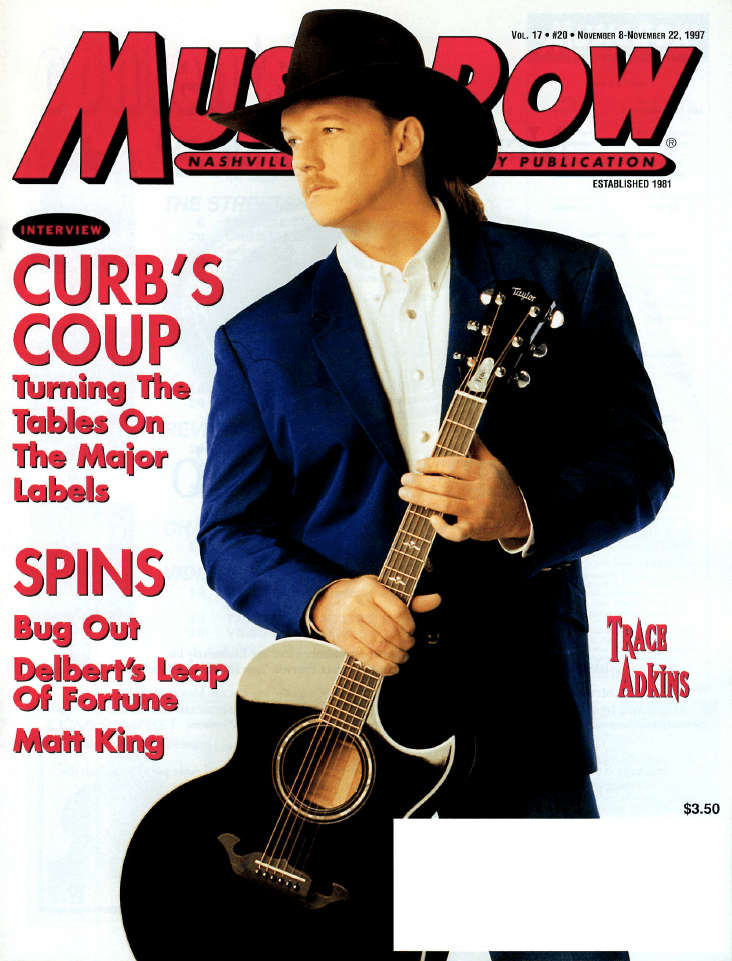 Trace Adkins graces the cover of MusicRow Magazine in November of 1997.

Anytime you can perform a song and the audience is moved to their feet is an unbelievable experience. I wish everybody on earth could experience that feeling at some point in their lives. It’s just indescribable, and I cherish every time that’s happened.

Out of all of your songs, which ones are you favorite?

I’ve had several No. 1 records which is always great, but my favorite songs throughout my career have tended to be album cuts that, for whatever reason, didn’t seem to be deemed commercial enough to be singles. Those meant the most to me. When I perform some of those songs and people react to them the way they moved me, it’s very gratifying.

People have asked me, “How would I get to know Trace Adkins?” I say, “Listen to the album cuts.” That’s who every artist really is. Most of the time the singles are the commercial ones, but the ones that are very personal usually end up being the album cuts.

Looking back, are there any big moment in your 25-year career that you wish you could go back and re-experience?

I would say when “Every Light In The House Is On ” came out and did what it did. That was the song that gave me confidence that maybe I could do this as a career. I look back on that song and it means so much to me, even to this day.

What was the process of putting together this 25th anniversary album? 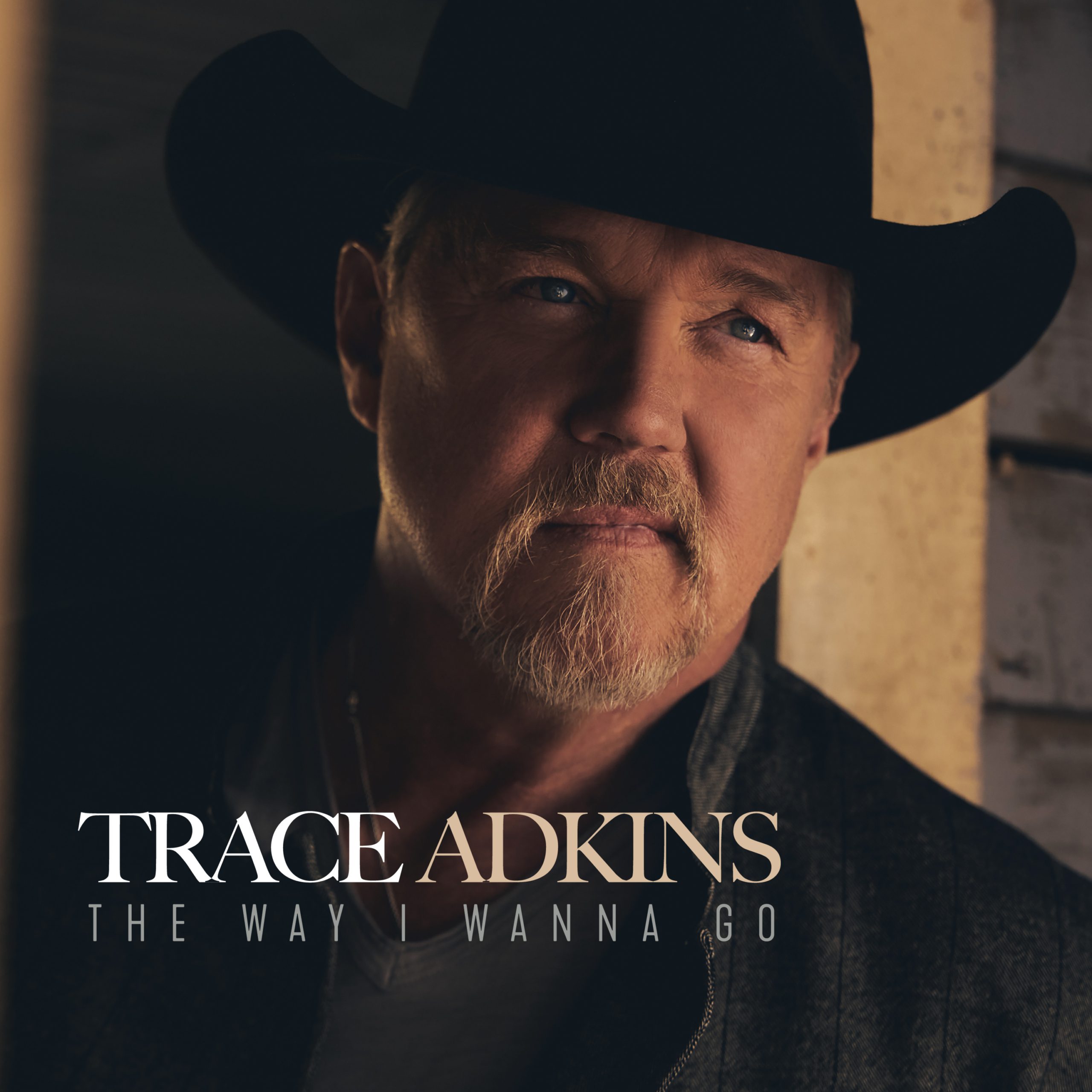 There were things that I had been wanting to do for years–collaborations and songs that I’d written that I hadn’t put on an album. I wanted to include those on this project, and those were the kinds of things that COVID afforded me the opportunity to do.

It’s horrible for me to say, but this was one of the best years of my life. I know how horrible it’s been for everybody else but for me, personally, it was awesome.

What was it like to work with such a broad spectrum of artists on this project? How did you dream up this lineup?

This is such a significant list of people that I never would have allowed myself to dream that big. I never would have thought that I could reach out to people of this status and actually have them respond and work with me on something. There is an iconic list of people that performed on this record. I’m so fortunate that these people agreed to do this. I’m just honored to have them on there.

Do you have a track on the album that you’re most excited for fans to hear?

I don’t usually like to name a favorite because every song on there is something that I poured my heart and soul into in the studio. I exercised my creative muscles to the best of my ability, so it’s hard to pick a favorite. However, “The Way I Wanna Go” is one of my favorites along with “Honey Child.” “I Should Let You Go” is gut-wrenching every time I perform it.

Do you think it’s a record that really captures the last 25 years well for you?

I think it does. If I never make another record, this would be the one I’d like to end with.

What are you most excited about as you move on to your next 25 years?

I’m looking forward to being 80 years old and walking out on the stage of the Grand Ole Opry. I’m going to go out there, dance to “Honky Tonk Badonkadonk,” and embarrass my grandchildren.