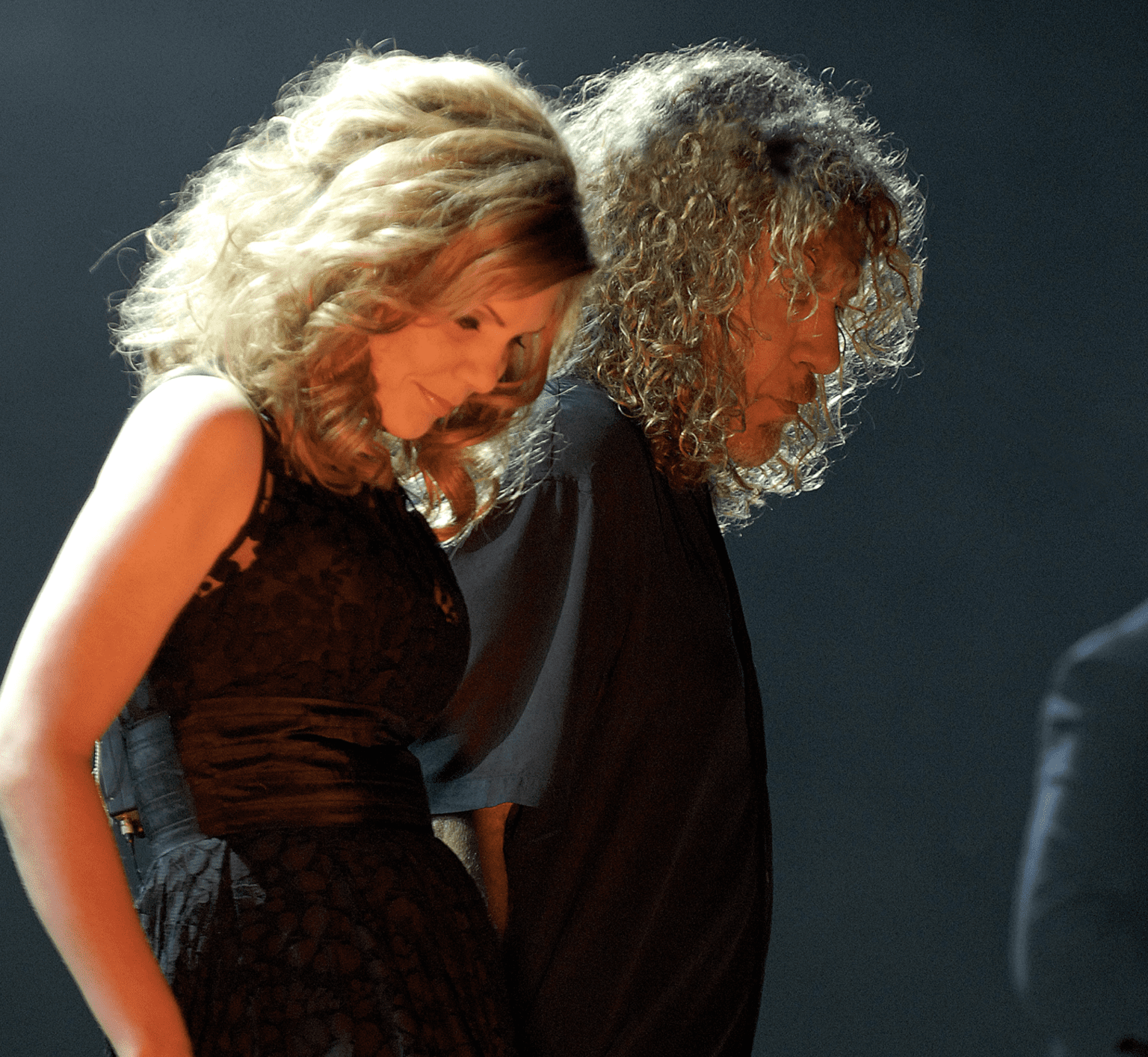 The duos have the goods in Americana-land this week.

All four of our contenders for Disc of the Day are from twosomes. They are The War and Treaty, David Olney & Anana Kaye, Larkin Poe, and our winners Robert Plant & Alison Krauss.

The Americana DisCovery Award goes to AHI. He initially didn’t put his face on his records because he wanted his music to speak without visual cues. He also doesn’t use his full name, which is Ahkinoah Habah Izarh. He might be somewhat mysterious, but there is no disguising his talent, which is immense.

DAVID OLNEY & ANANA KAYE / “Margarita”
Writers: none listed; Producer: Irakli Gabriel, Anana Kaye & Brett Ryan Stewart; Label: Schoolkids
— Magical. People forget that the late, brilliant songsmith Olney had a tender, soft, romantic side. That’s what is on display here. It’s a bonus track on the newly issued vinyl version of his acclaimed finale LP Whispers and Sighs, and it’s an awesome sound. Elsewhere on the album, Kaye provides smokey, evocative vocals and tasteful keyboards. It’s a remarkably diverse collection, with textures ranging from experimental rock to stark folk. I miss him so, so much.

ROBERT PLANT & ALISON KRAUSS / “Can’t Let Go”
Writers: Randy Weeks; Producer: T-Bone Burnett; Label: Rounder
— No sense rushing things: Fourteen years after the duo’s Raising Sand won the Grammy as Album of the Year, the follow-up is now upon us. It will be titled Raise the Roof and will arrive on Nov. 19. In the meantime, we have this advance track, a song originally recorded by Lucinda Williams. Plant and Krauss give it a twangy, rockabilly vibe with twin-like vocal harmonies. Audio dynamite.

BILL MILLER / “Stone Tree”
Writers: Bill Miller; Producer: Tony Harrell; Label: MV2
— This is an essential listening experience. Native American troubadour Miller has returned to making music following a 10-year silence brought on by severe physical and emotional trials. The triple Grammy honoree offers this as a prayer of rebirth with his his native flute, chanting and high, lonesome yodel. In a word, gorgeous.

THE WAR AND TREATY / “Take Me In”
Writers: Michael Trotter Jr.; Producer: Michael Trotter Jr./Tanya Trotter/Max Brown; Label: Rounder
— Michael Trotter and Tanya Blount, who comprise this act, are among the greatest vocalists in the entire Americana genre. Their new single/video is a thrilling, gospel-drenched summons to unity and brotherhood in these divisive times. If this doesn’t move you, you are made of stone. Or deaf.

DOLLY PARTON / “In the Sweet By and By”
Writers: Joseph P. Webster/S. Fillmore Bennett; Producer: Jerry Salley; Label: Billy Blue
— Joined by the heavenly country choir of Larry Cordle, Carl Jackson, Jerry Salley and Bradley Walker, Dolly takes this traditional church hymn out for a soft, gentle, languid, whispery bluegrassy spin. It is an advance track from the album Country Faith Bluegrass, due on Sept. 17.

AHI / “Danger”
Writers: Ahkinoah H. Izarh; Producer: Paul Mabury; Label: Thirty Tigers
— AHI is a Canadian singer-songwriter of West Indian descent. This is the lead single from his album Prospect (due Nov. 5). It has throbbing rhythm and guitar strumming underpinning his pleading tenor voice and an echoey backing choir. The goose-bump lyric decries a senseless gun killing. He’s an award winner north of the border, and I can certainly hear why. Distinctive and creative. More, please.