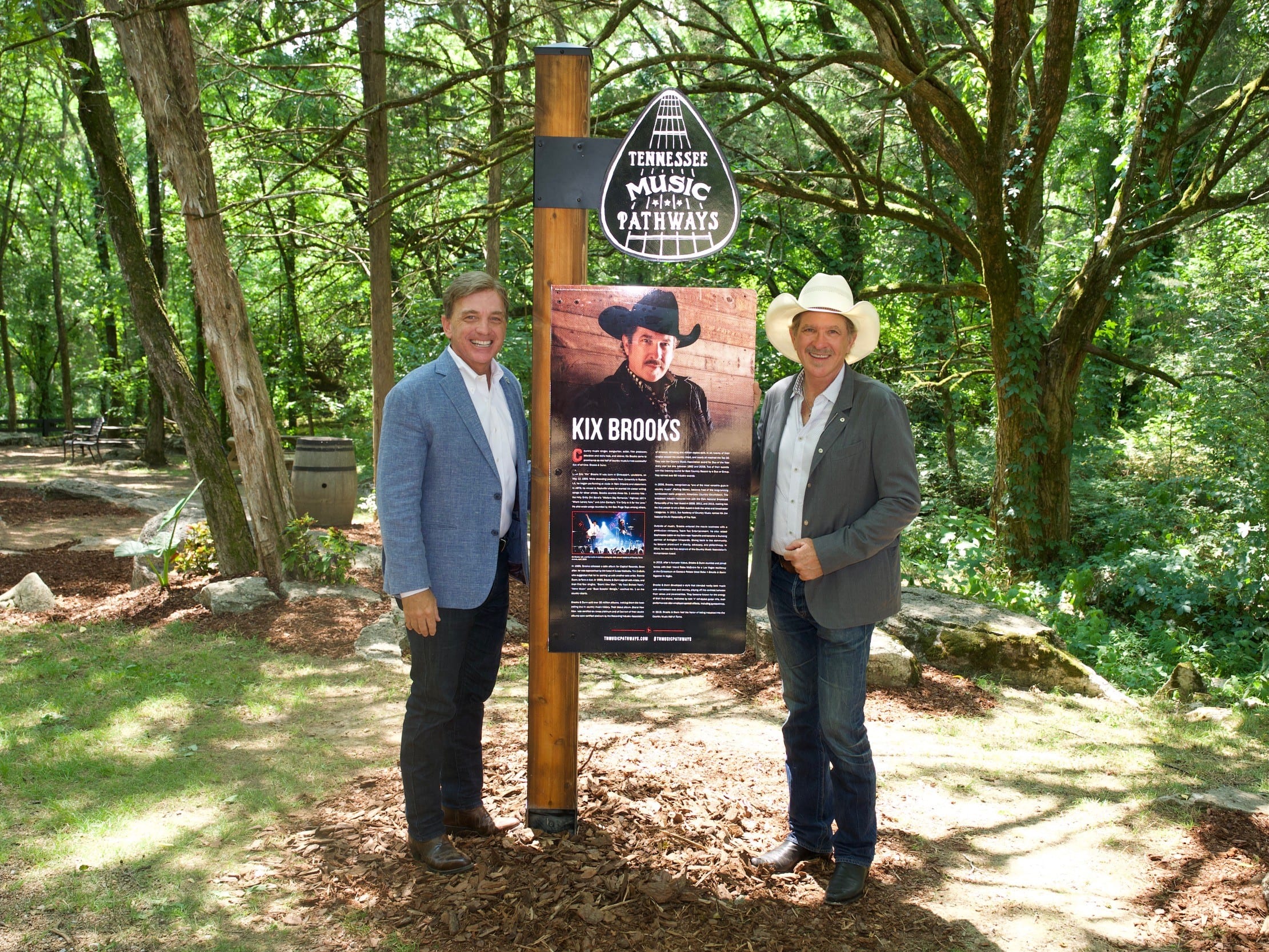 Tennessee Music Pathways, launched by the Tennessee Department of Tourist Development in 2018, is an online planning guide that connects visitors to the state’s rich musical heritage. From the largest cities to the smallest communities, Tennessee Music Pathways stretches across all 95 counties and features hundreds of landmarks from the genres of music that call Tennessee home.

“From Memphis to Knoxville, and of course, Nashville, the heart and hub for what I do, there’s no state quite like Tennessee,” says Brooks. “From Dolly to Stax, to everything in between, it is amazing what we have here, and it’s so important to invite people to come and experience that incredible musical energy. That energy excites me so much, and the fact that I would be recognized on a project like this. I am truly honored and love that our marker is going to be right here at Arrington Vineyards. It truly means the world to me.”

“Kix is not only an accomplished singer-songwriter, but he’s also been a tremendous advocate for the tourism industry,” says Commissioner Mark Ezell, Tennessee Department of Tourist Development. “It is a great honor to celebrate him as a part of the Tennessee Music Pathways. We are thrilled to invite visitors to explore and learn more about our state’s rich contributions to music at Arrington Vineyards.” 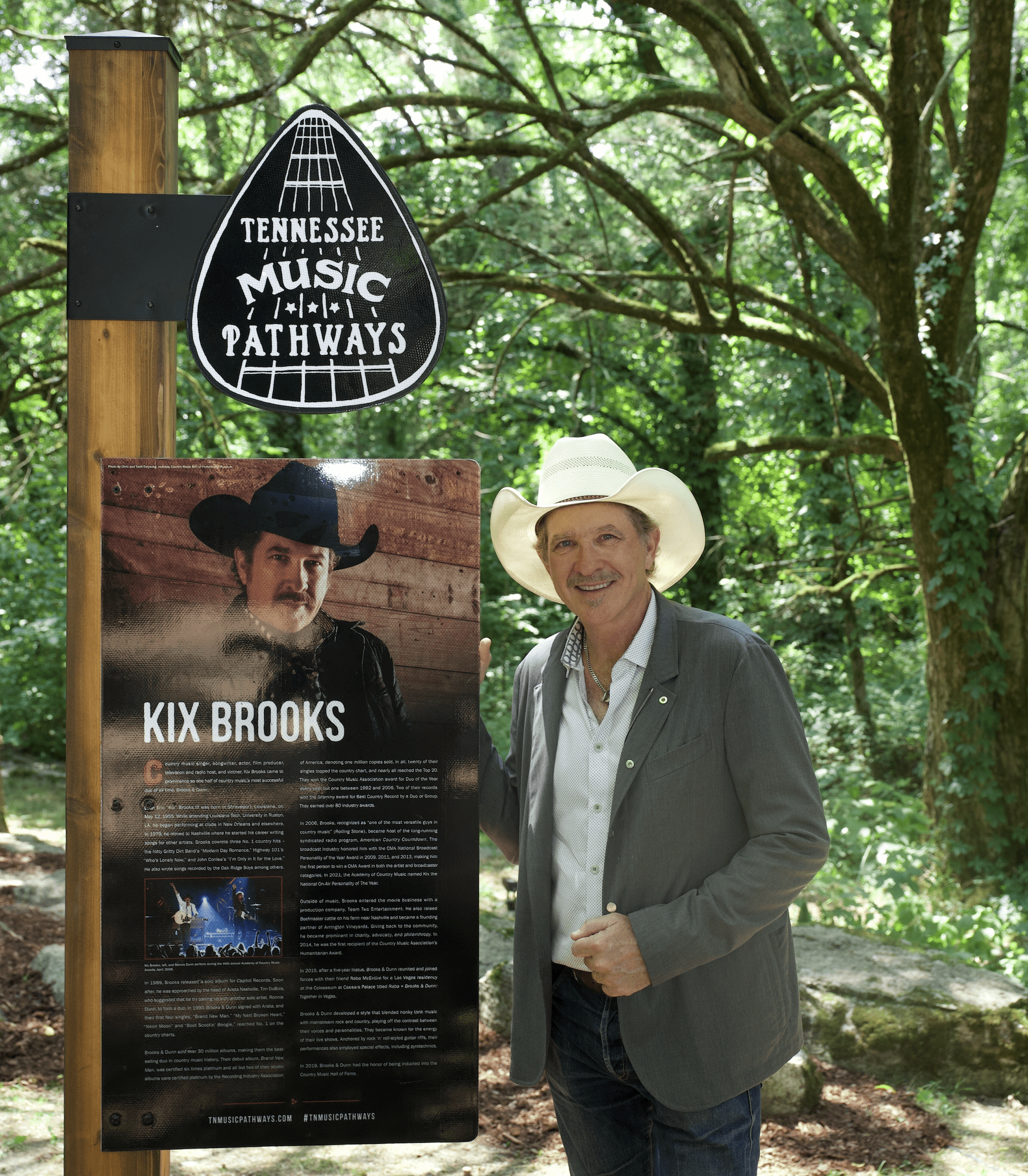 Country music singer, songwriter, actor, film producer, television and radio host, and vintner, Brooks came to prominence as one-half of country music’s most successful duo of all time, Brooks & Dunn. The pair sold over 30 million albums, making them the best-selling duo in country music history. Their debut album, Brand New Man, was certified six times platinum and all but two of their studio albums were certified platinum by the RIAA. They won the CMA award for Duo of the Year every year but one between 1992 and 2006. Overall, they have earned over 80 industry awards including two Grammy awards for Best Country Record by a Duo or Group.

In 2015, after a five-year hiatus, Brooks & Dunn reunited and joined forces with their friend Reba McEntire for a Las Vegas residency at the Colosseum at Caesars Palace, and in 2019, Brooks & Dunn had the honor of being inducted into the Country Music Hall of Fame.

Outside of music, Brooks entered the movie business with a production company, Team Two Entertainment. He also raised Beefmaster cattle on his farm near Nashville and became a founding partner of Arrington Vineyards. Giving back to the community, he became prominent in charity, advocacy, and philanthropy. In 2014, he was the first recipient of the CMA Humanitarian Award.