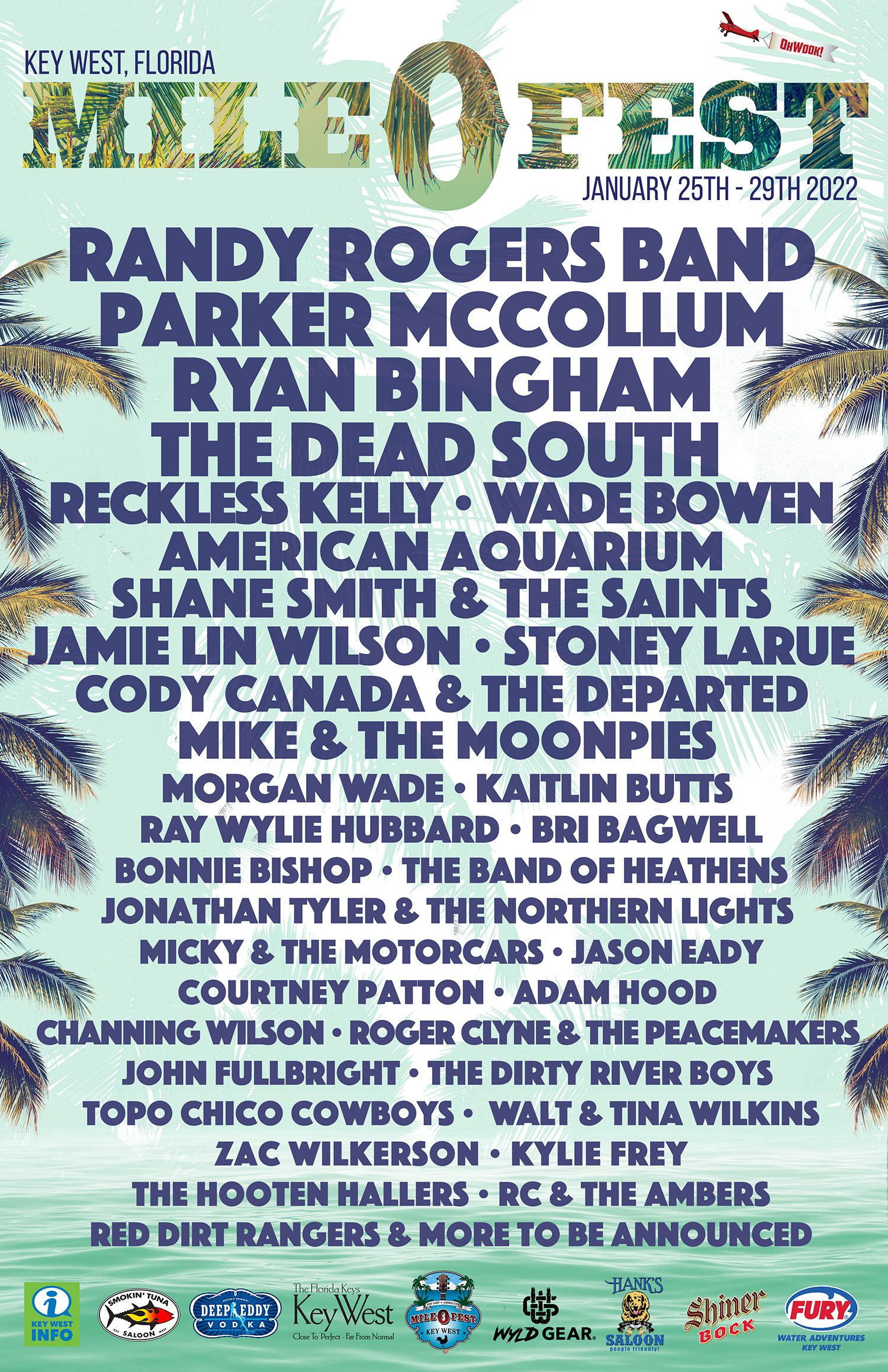 The first round of artists for the 5th Annual Mile 0 Fest in Key West, Florida have been announced, including Randy Rogers Band, Parker McCollum, Kylie Frey, Morgan Wade, and Ray Wylie Hubbard. The four-day festival is slated for Jan. 25-29, 2022, with ticket packages going on sale beginning Aug. 5.

Founded in 2017, Mile 0 Fest Key West brings the best of Americana and Red Dirt Music to the island paradise for five days of full-band performances, acoustic sessions, and songwriter swaps from over eighty legendary, established, and emerging artists. Additionally, the festival will host an array of local food vendors, clothing, art, jewelry and more.

Of this year’s 5th anniversary Mile 0 Fest founder Kyle Carter shares, “We are excited and grateful to hit this milestone. Over the past four years, our attendees, artists and crew have become family – Mile 0 Fest has turned into an ever-growing ‘family reunion of strangers.’ Each year we strive to improve upon the last, pull some rabbits out of the hat and throw the best party of the year. 2022 will be no exception.”

Additional lineup announcements are expected over the coming weeks.