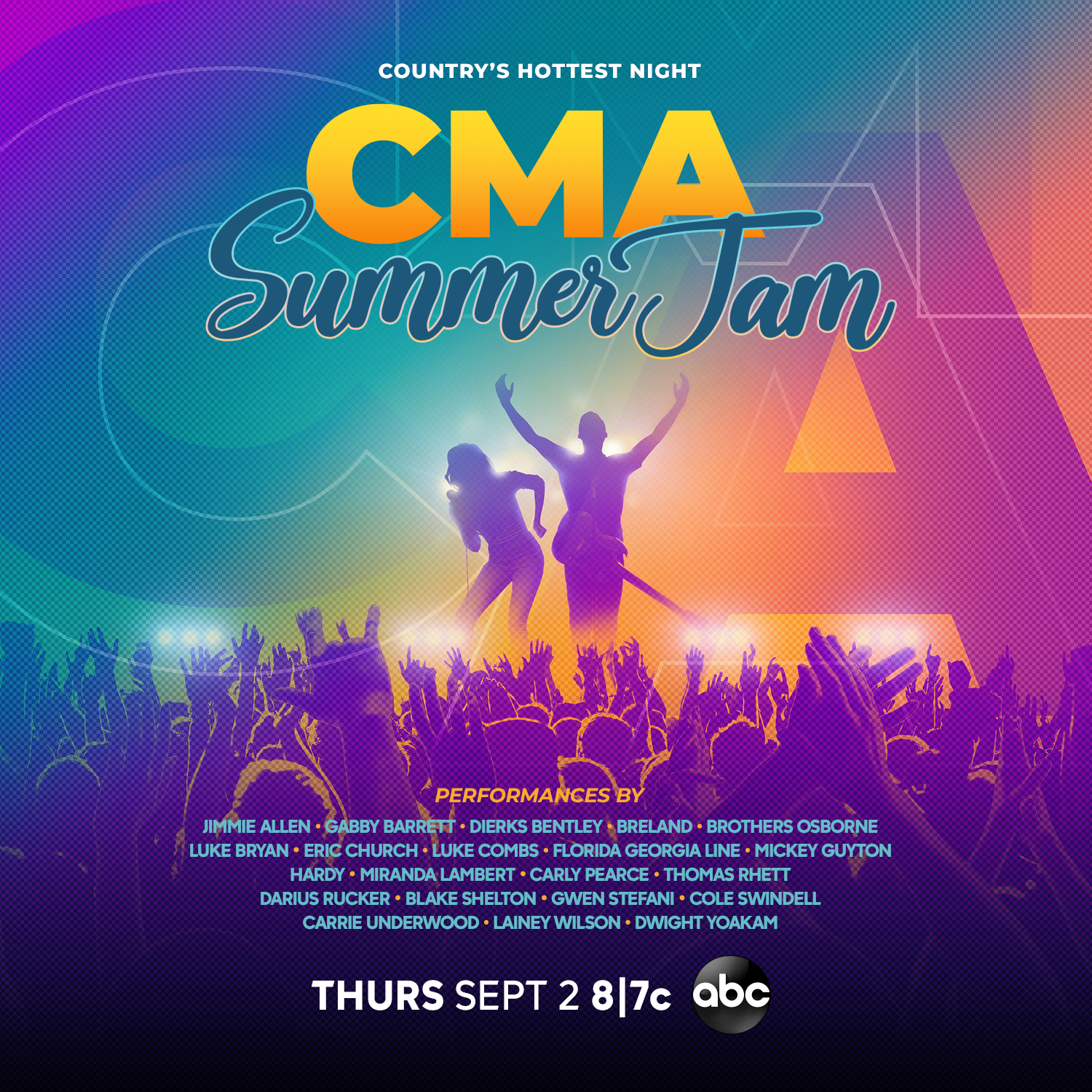 The Country Music Association and ABC have announced that their star-studded summer concert event, CMA Summer Jam, will air Thursday, Sept. 2 on ABC at 7:00-10:00 p.m. CT. The event marks the first concert broadcast event for CMA in nearly two years.

Never in a million years would I have thought I would get to share the stage with someone this cool! @DwightYoakam you are a LEGEND and, now, a friend as well! Thank you! #CMASummerJam Guitars…Cadillacs…And Cowboy Hats 📸: @JeffJohnsonFilm pic.twitter.com/1T9kYc3tQl

Additional performances featured in the primetime special will include Bentley with Breland and Hardy live from Bentley’s Whiskey Row nightclub on Broadway, Eric Church from the center of the city’s John Seigenthaler Pedestrian Bridge overlooking the Cumberland River, and Darius Rucker taking the outdoor stage at Nashville’s brand new Fifth & Broadway complex downtown.

“I am still grinning ear to ear from these last two nights of incredible live Country Music,” says Sarah Trahern, CMA CEO. “Seeing artists finally return to the stage and the reaction from fans was absolutely electric. Viewers are in for such a treat from familiar superstars and fresh new faces when CMA Summer Jam airs on Sept. 2 on ABC.”