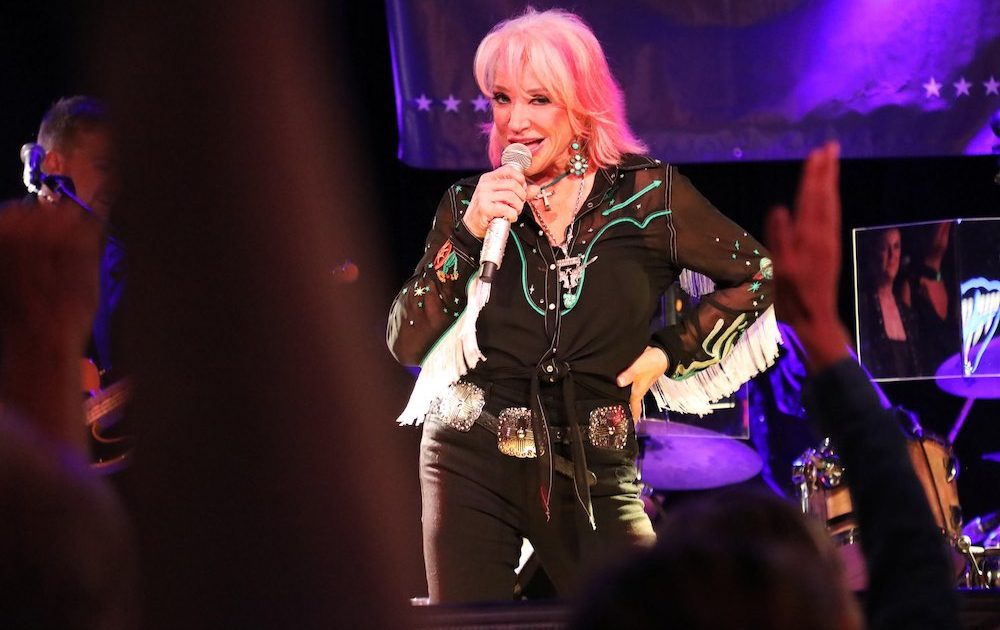 An auction of Tanya Tucker memorabilia is set to take place on July 24 beginning at 12 p.m. CST. The event is being held by Kruse GWS Auctions, the auction house specializing in Hollywood memorabilia, fine jewelry, royal artifacts, luxury vehicles, antiques, and collectibles. To register in advance to bid, visit gwsauctions.com.

Items up for bid at the auction include Tanya Tucker’s Book of Mormon, gifted from her father, Jesse “Beau” Tucker on her birthday in 1994 and inscribed on the front in gold; Tanya’s The Love Boat original shoot schedule; a printed tour itinerary documenting shows in 1980; her SAG Membership Card; a David Green Fur Coat from her personal collection; a printed Zang Toi top, pant, and bralette set; a Navajo turquoise and sterling silver squash blossom necklace; a Navajo carved semi-precious stone animal fetish necklace: a Federico Jimenez sterling silver and spiny oyster inlay cuff; and a The White House vintage leather coat.

“Country music icon Tanya Tucker is a woman after my own heart! She has never bowed to the norm and made her own way in the music industry as a trailblazing woman who set standards for those who came after her. Her talent is unmatched and her style extraordinary.  I am personally so thrilled to be hosting The Collection of Music Icon Tanya Tucker auction July 24.  The collection is what country music hit songs are made of,” says Dame Brigitte Kruse, founder and lead auctioneer, Kruse GWS Auctions.

Tucker is one of the most recognized country music singers in the world and became a star at the age of 13 with her timeless hit “Delta Dawn” in 1972. Her career has included three Grammy Awards, two ACM Awards, two CMA Awards, several other nominations. Her hit songs include “What’s Your Mama’s Name?,” “Strong Enough to Bend,” “Two Sparrows in a Hurricane,” and “Bring My Flowers Now” from her 2019 Grammy Award winning album, While I’m Livin‘.