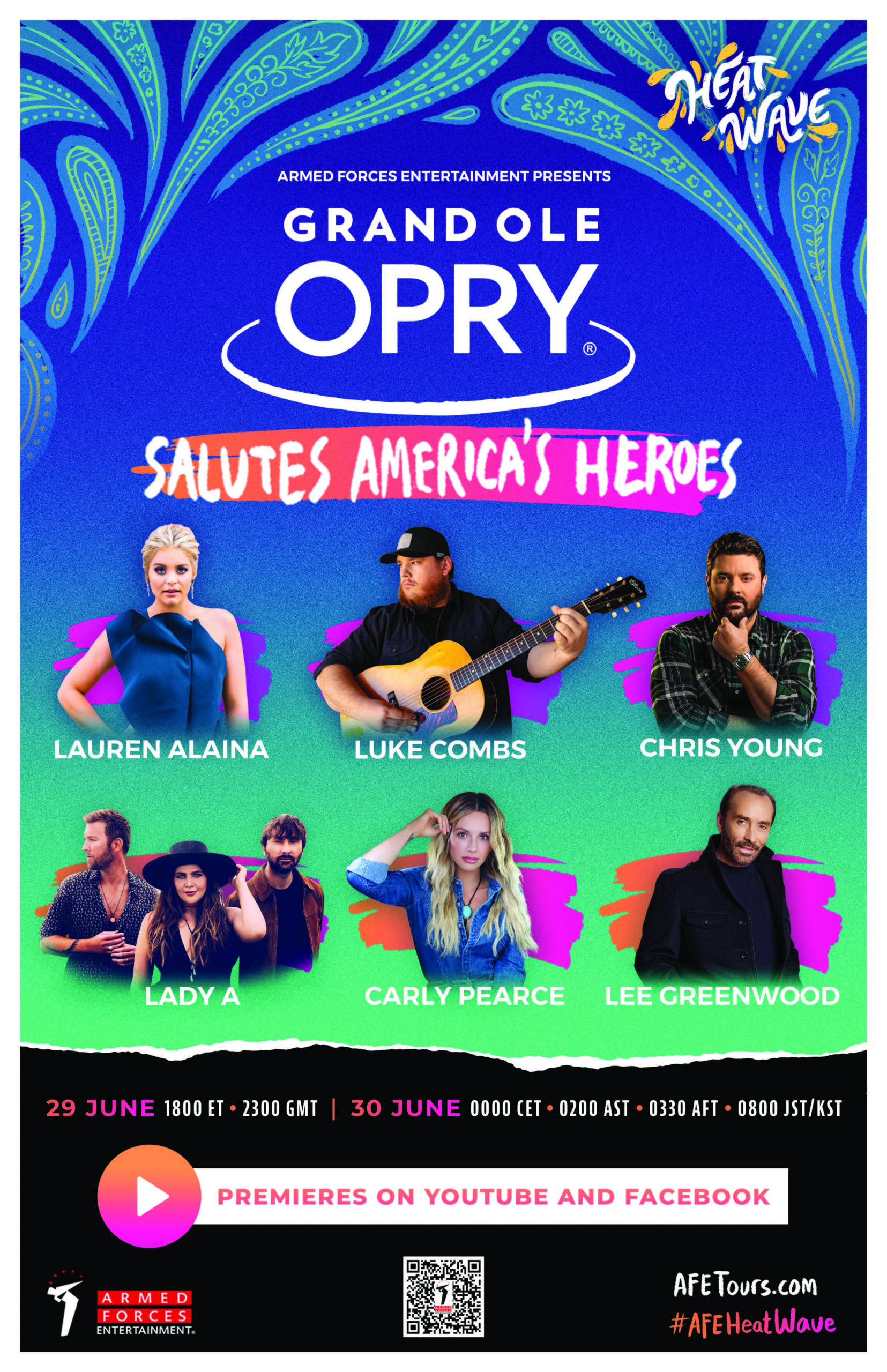 AFN-TV will be airing the segments worldwide in primetime on July 4. Due to COVID-19, this virtual concert is Armed Forces Entertainment’s way of honoring our men and women serving overseas and in the states on the nation’s holiday. Hosted by Natalie Stovall, the concert features performance from Luke Combs, Chris Young, Lady A, Lauren Alaina, Carly Pearce, and Lee Greenwood.

“I have had the honor of partnering with Armed Forces Entertainment for more than four decades to provide quality entertainment for the men and women serving in the military overseas,” says Judy Seale, President/CEO of Judy Seale International/Stars for Stripes. “Not being able to travel internationally has been a challenge and the AFE virtuals are providing much-needed moral support to service personnel. Based on the universal support the Opry receives from the country music industry, it seemed like a natural fit to partner with the Grand Ole Opry to bring the top entertainers in country music to the military and their families over the 4th of July holiday.”