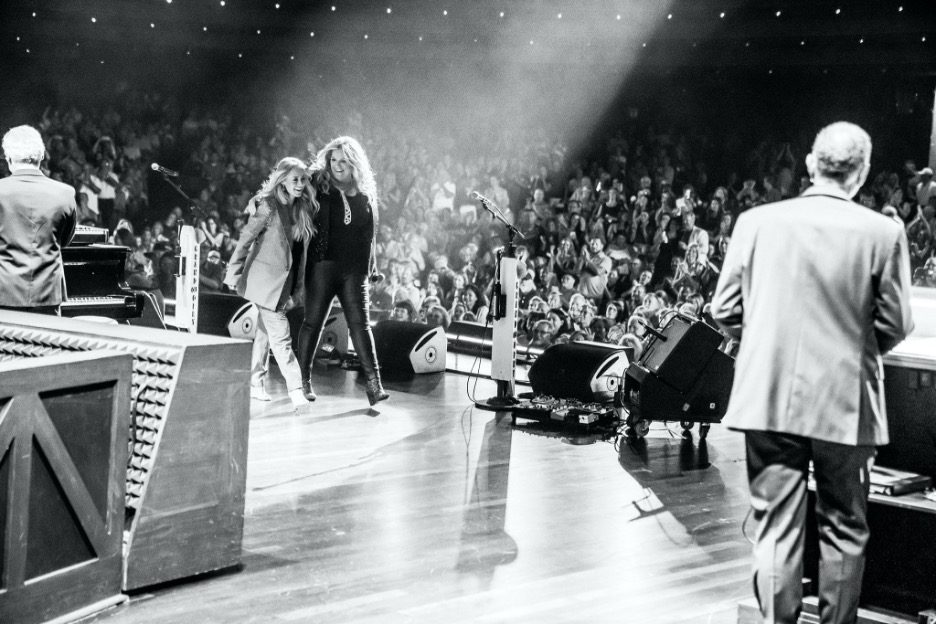 After a performance of her latest songs, “No Shade” and “Sunroof,” Eden began her performance of her country classic pick, “She’s In Love With The Boy.” After the first chorus, Yearwood appeared and suggested they do a gender flip of the song to highlight Pride month and Brooke’s recent engagement to Hilary Hoover, a radio representative for Yearwood and Garth Brooks. Eden and Yearwood continued their duet as “She’s In Love With The Girl.”

“Never in my wildest dreams did I imagine I’d ever share the stage with one of my heroes, Trisha Yearwood,” said Eden. “Her idea of changing the words of ‘She’s In Love With The Boy’ to include Hilary and my love story is such a beautiful way of putting action behind the quote, ‘Love Is Love.’ Thank you to Trisha and the Opry for helping to create a community of love and acceptance. This is country music.”

Eden made her triumphant return to country music earlier this year. Marking the end of her four-year hiatus, she shared three new songs—“No Shade,” “Sunroof,” and now “Got No Choice.” Collaborating with director Ford Fairchild, Eden was able to incorporate her fiancée, her hometown, and even the bar she grew up singing at, into the music videos that give the viewer a glimpse into Eden’s world. 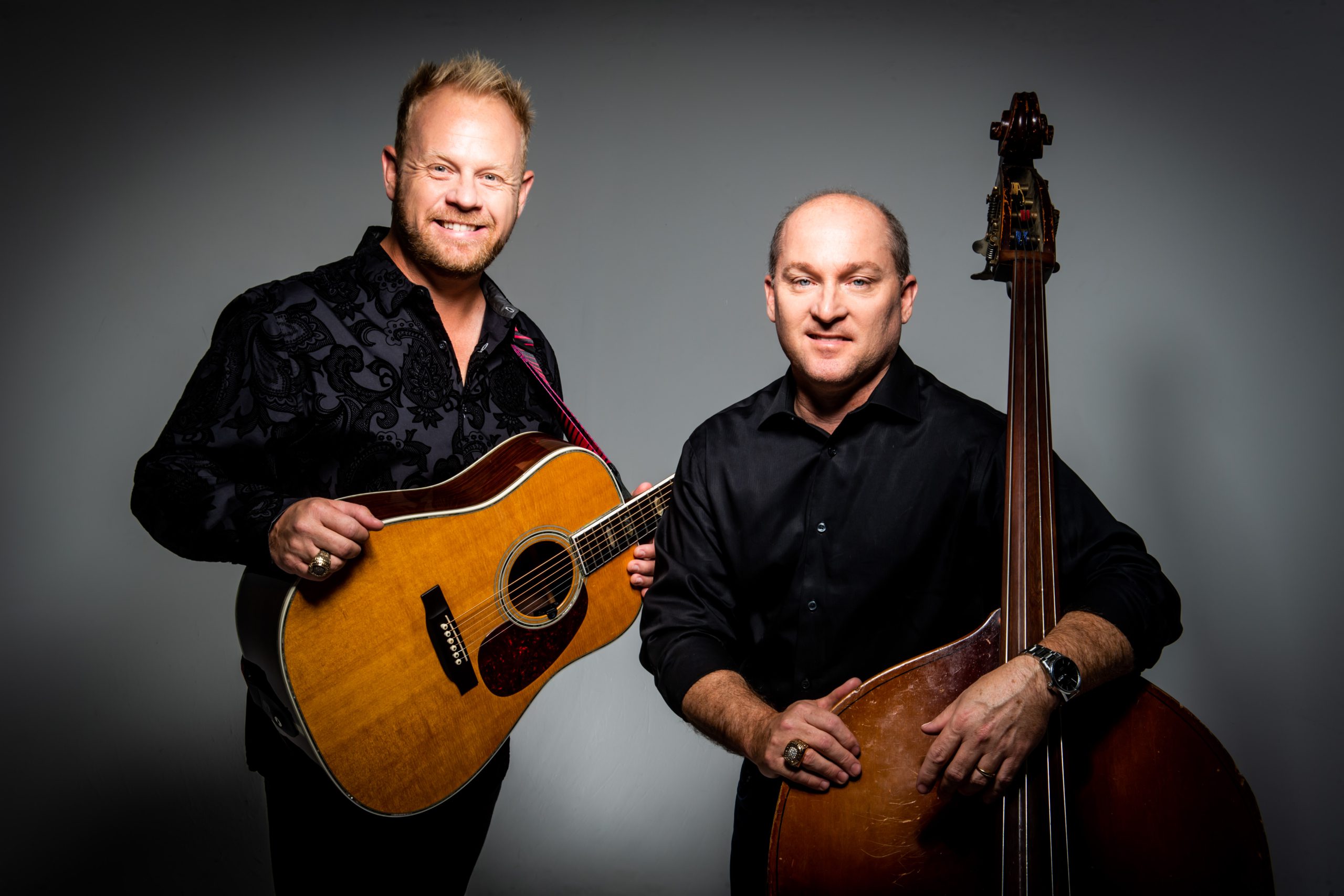 Multi-Grammy nominated duo Dailey & Vincent will be recognized at the 50th Annual Smithville Fiddlers’ Jamboree and Crafts Festival for their contributions as one of the most popular bands in contemporary American music, embracing bluegrass, country, and gospel. The festival is set to take place on Saturday, July 3 in Downtown Smithville, Tennessee.

Jamie Dailey will also be honored at the event as the recipient of the Fiddlers’ Jamboree’s 2021 Blue Blaze Award. The Blue Blaze Award is designed to honor an individual or group that keeps the embers of bluegrass music burning for future generations. The Blue Blaze Panel Committee voted unanimously for Dailey’s nomination citing his long-running contributions to bluegrass music. Following the presentations, Dailey & Vincent will perform a mini-concert on the main stage.

Although the pair only began performing regularly as a duo in 2008, they’d both had extensive careers in bluegrass and had sung together informally since 2001. Their first show together was at the Grand Ole Opry, staged at the Ryman Auditorium, on Dec. 29, 2007. Their debut self-titled album was released in January 2008 and won Entertainer of the Year, Vocal Group of the Year, Emerging Artist of the Year, Album of the Year, and Gospel Recorded Performance of the Year award at the 2008 IBMA Awards. In March 2017, Dailey and Vincent were inducted as the 213th members of the Grand Ole Opry. As of 2021, they have received five Grammy Awards individually, three Grammy nominations collectively, six Dove Awards from the Gospel Music Association, and 35 IBMA Awards altogether.

Steve Dorff Elected To Songwriters Hall Of Fame Board Of Directors 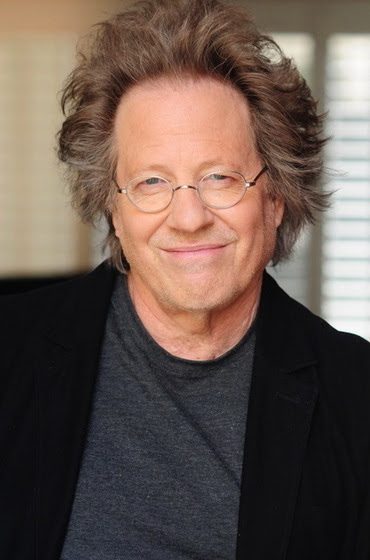 Demolition Music Publishing’s Steve Dorff has been elected to the board of directors for the prestigious Songwriter’s Hall of Fame. Dorff, an inductee to the Songwriters Hall of Fame himself, will serve a three year term on the board. 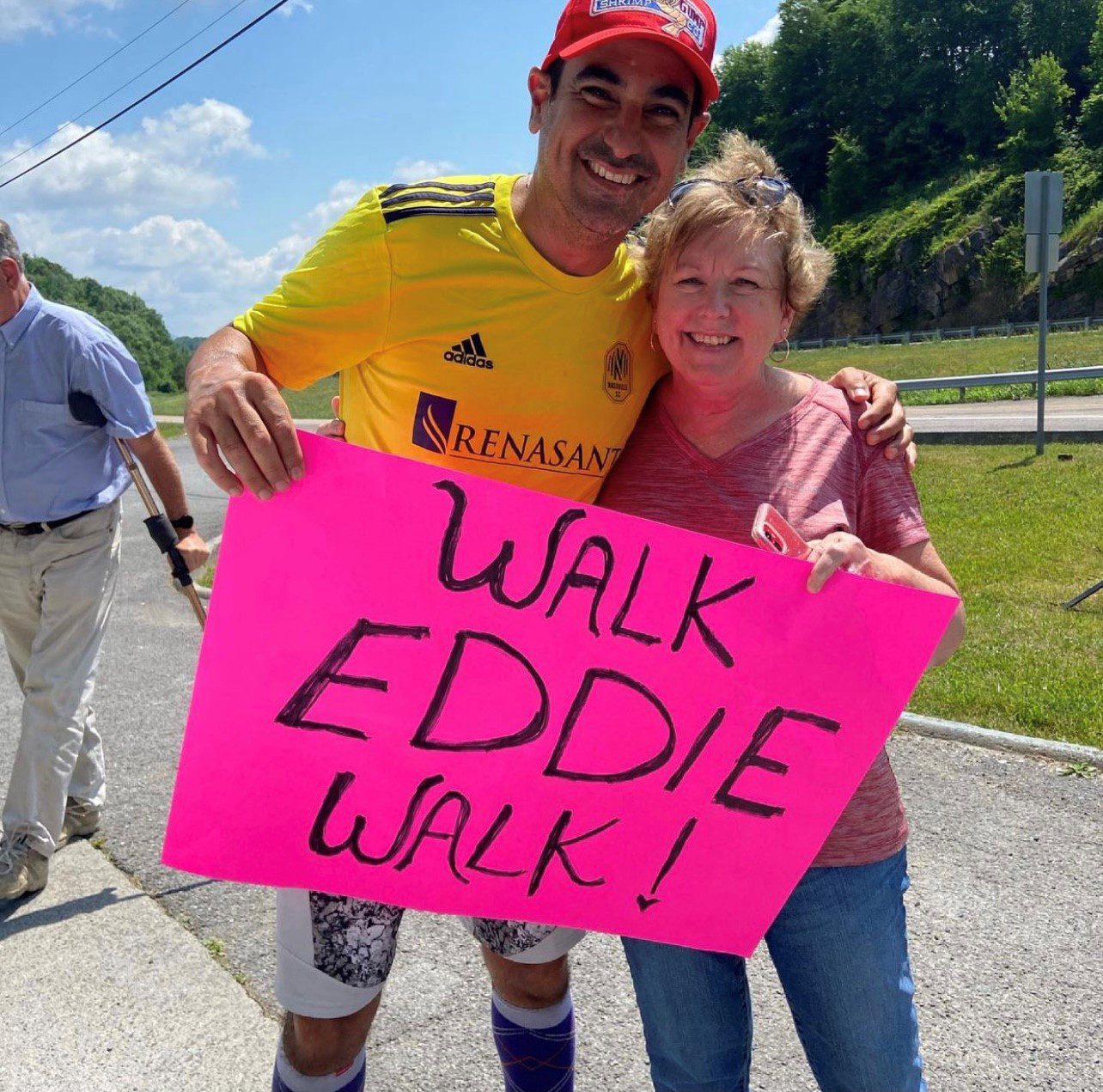 Eddie Garcia on the 100-mile walk for National Angels

Eddie Garcia of iHeartRadio’s The Bobby Bones Show completed a nearly 100 mile walk from Bluefield, West Virginia to Bristol, Tennessee on Wednesday, June 23. The four day journey was part of a fundraiser for National Angels, a national non-profit organization dedicated to supporting children, youth, and families in the foster care community. To date, listeners of The Bobby Bones Show have donated more than $275K in support of National Angels.

“I did it! I walked all the way from West Virginia down to Tennessee,” shares Garcia. “We raised so much money for National Angels and met a ton of great humans out here. Thank you for all the support and encouragement along the way. I didn’t do this alone!”

Garcia, who is a foster parent to two young children and is on the National Advisory Council for the non-profit organization, was inspired by the George Strait song, “Carrying Your Love With Me,” in which he sings: “‘Cause I’m carryin’ your love with me, West Virginia down to Tennessee…”

“Eddie did it! The Bobby Bones Show did it. The more than 8,800 contributors did it. Together, people from all over our country collectively came together and said, ‘We can make a difference and we can be a part of the change!’ The response and support have been nothing short of a miracle!” says Susan Ramirez, founder and CEO at National Angels.