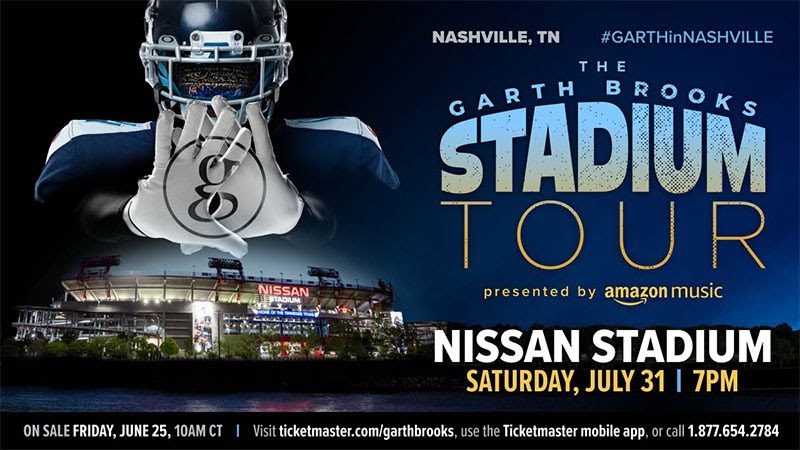 The Garth Brooks Stadium Tour is coming to Nashville on Saturday, July 31 at Nissan Stadium.

In March of 2019, Brooks launched The Stadium Tour, which has since broken stadium attendance records at every stop so far. Pollstar announced at the end of last year that The Garth Brooks Stadium Tour was the best selling country music tour of 2019.

The Nashville stop, which marks Brooks first performance at Nissan Stadium, is the latest addition to his Stadium Tour. The show will feature in-the-round seating and is promising to be one of the most special stops on the tour.

Tickets for The Garth Brooks Stadium Tour in Nashville go on sale Friday, June 26 at 10:00 am CST on Ticketmaster. Tickets will cost $94.95 and are all inclusive.