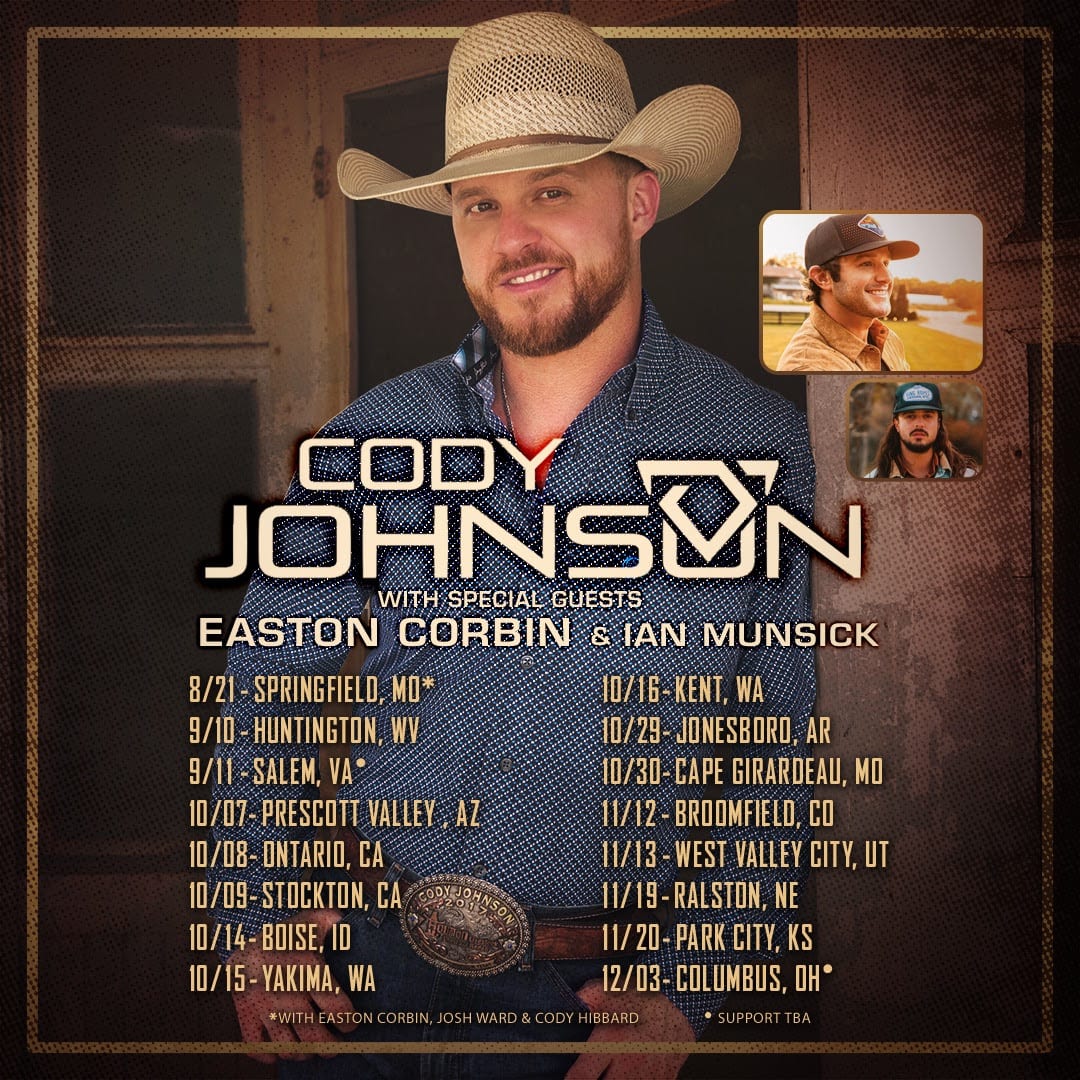 Cody Johnson will launch his new tour tomorrow, June 17, at The Country Fest in Lawrence, Ohio. He is set to play more than 40 shows across the country through the end of the year on this run, including two sold-out shows at Nashville’s Ryman Auditorium. Easton Corbin and Ian Munsick will join Johnson as special guests on many of the dates.

“There are few feelings more amazing than being on stage with my friends in front of all our fans,” shares Johnson. “I can’t tell you how excited the whole gang is to finally be back on the road playing country music for you.”

Johnson recently released his new song “Sad Songs and Waltzes,” a retelling of Willie Nelson’s 1973 classic featuring the legend himself. Johnson released the song with the news of a new, 18-track double album that will be coming later this fall.