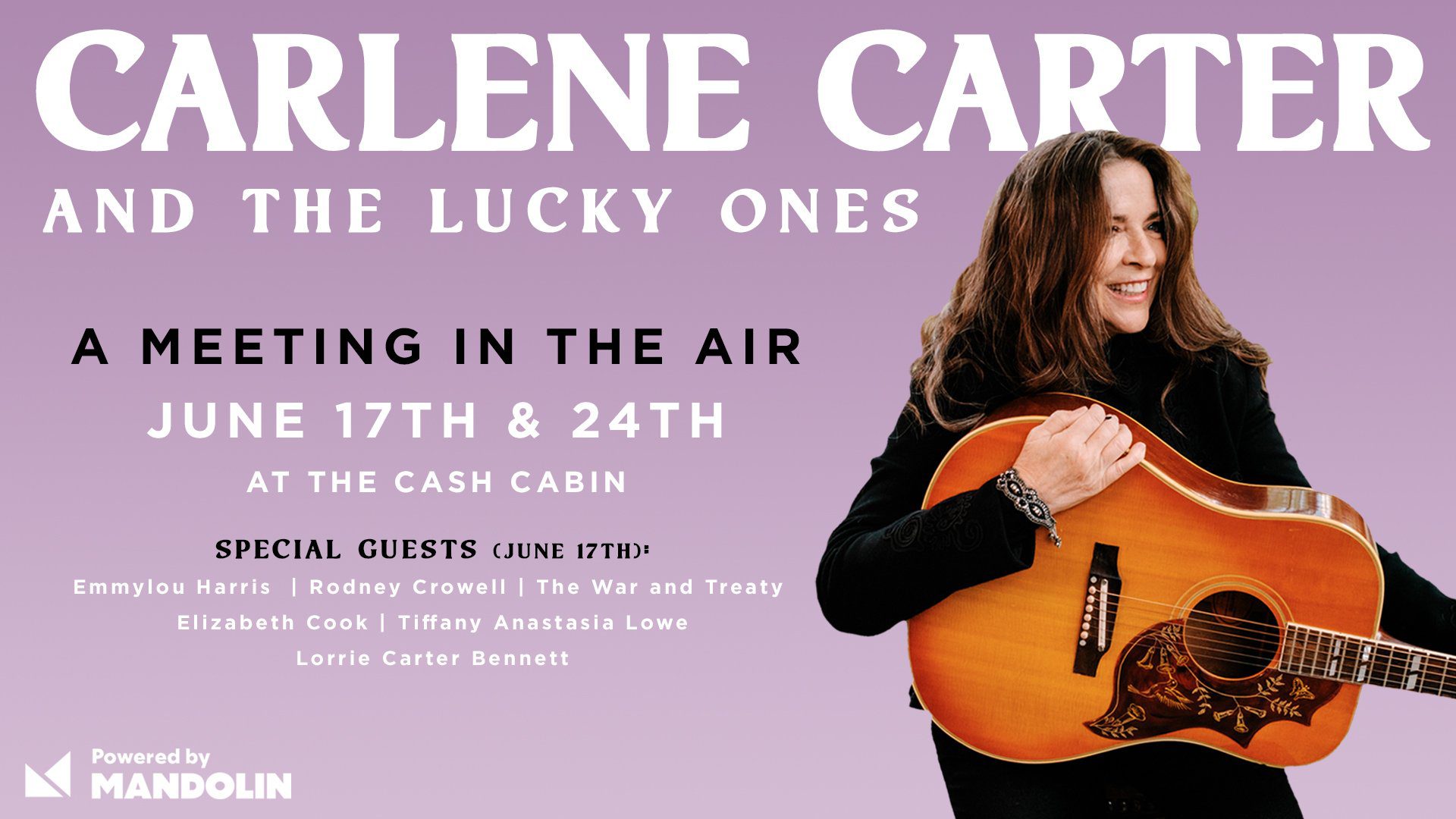 Digital platform Mandolin will present two livestream performances this month from country and Americana recording artist Carlene Carter backed by her band The Lucky Ones on June 17 and June 24.

Filmed at legendary Cash Cabin in Hendersonville, Tennessee, the first performance emphasizes the legacy of The Carter Family and features an impressive lineup of special guests including Emmylou Harris, Rodney Crowell, The War and Treaty, Elizabeth Cook, Carlene’s daughter, Tiffany Anastasia Lowe, and cousin Lorrie Carter Bennett. Meanwhile, the second performance focuses on Carlene’s solo material, with a few surprises planned throughout the livestream. Tickets for both shows, billed as A Meeting In The Air, are available now.

“A Meeting In The Air is named after an old Carter Family song and with so many of us interacting with each other online during the pandemic we really have been ‘meeting in the air.’ I wanted the first show to be Carter-esque, because those are my roots. I have guests who really helped jumpstart my career in a lot of ways, like Rodney and Emmylou,” Carter explains. “The second show is a set of my songs, including some I haven’t played in forty plus years, and I tell some stories I’ve never told on stage before. I got to use all of the creative energy I had pent up that I wasn’t able to apply to anything else this past year… The thing I wanted to do most of all is bring joy to the world and show people the joy I feel when I play this music.”

Carter has been releasing music for over four decades. The daughter of June Carter Cash and country music Hall of Famer Carl Smith, and stepdaughter of Johnny Cash, she became a singer with The Carter Family at the age of 17. Working with producer Howie Epstein, her “I Fell In Love” topped the country singles and video charts. After the success from her album of the same name, Carter received award nominations from the Academy of Country Music in the Top New Female Vocalist category and a Grammy nomination for Best Country Female Vocal Performance.