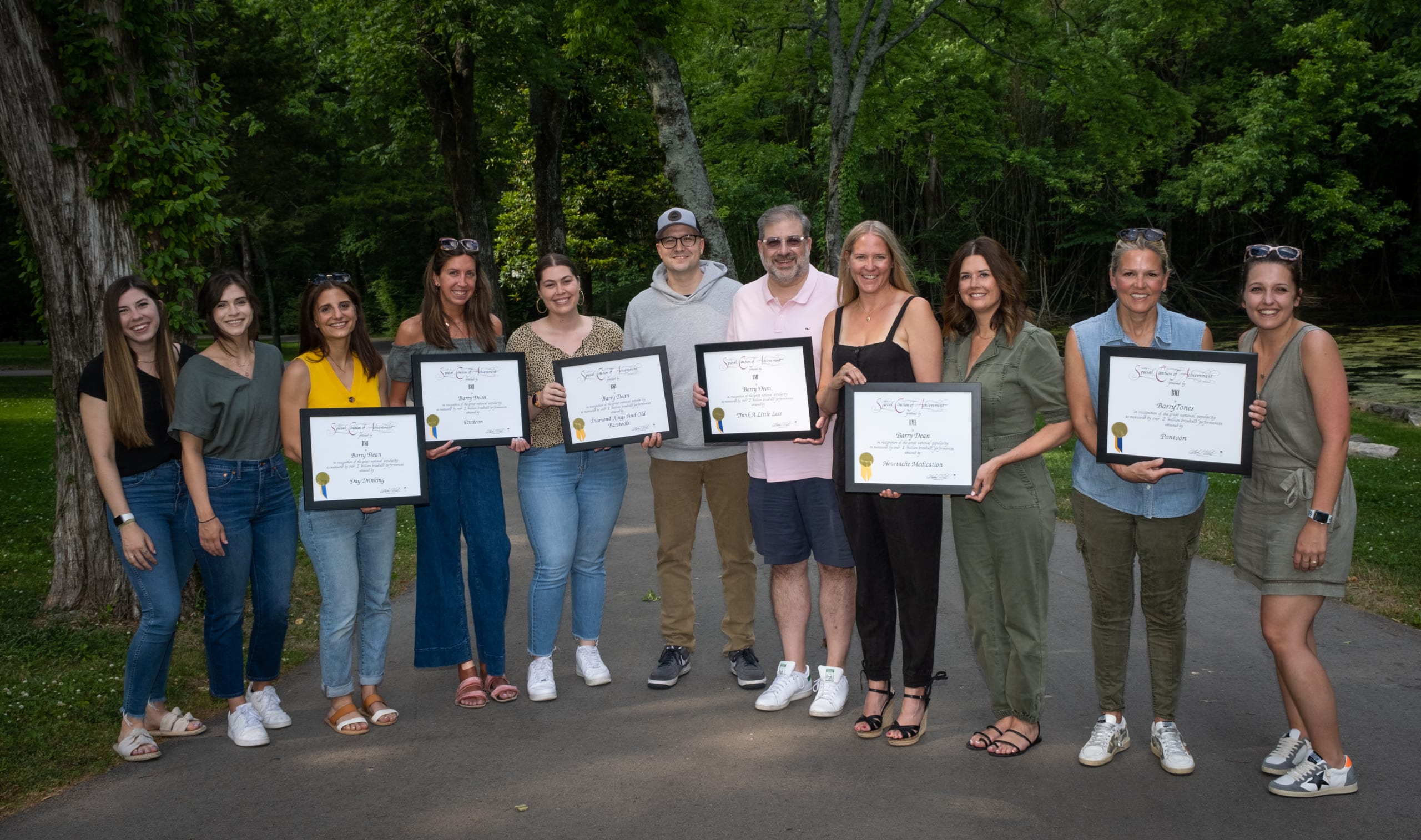 “It was such an honor to present one of the greatest storytellers of this generation with his BMI Million-Air certificates,” says BMI’s Leslie Roberts, AVP, Creative, Nashville. “Barry is a master craftsman, and also one of the greatest guys you will ever meet. He is so humble and always praising others, so it was incredible to take the time to celebrate Barry’s success!”

“We have been working with Barry Dean since the beginning of Creative Nation almost ten years ago. He is one of the most genuine and talented people I know and I couldn’t be happier to celebrate him and his success!” says Creative Nation CEO, Beth Laird.