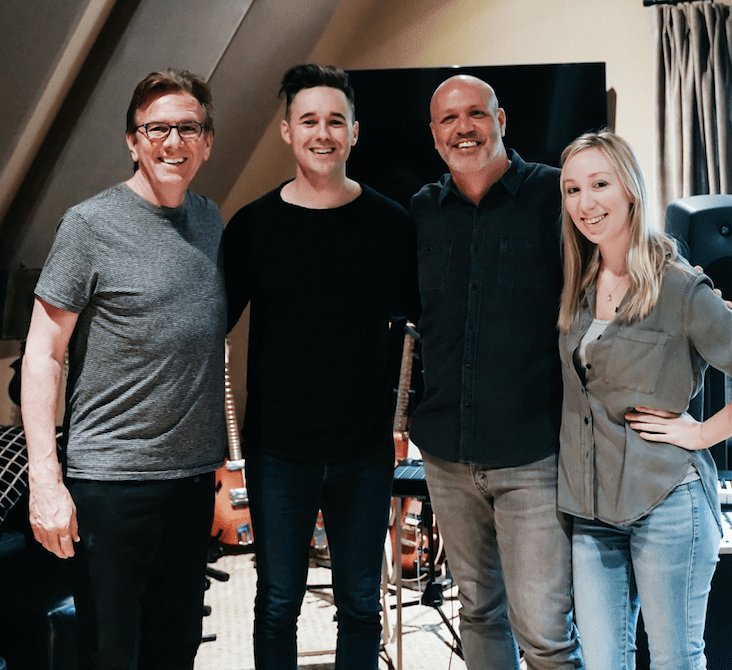 “Cameron is one of the bright new talents to descend on Nashville. I’ve had the chance to get to know him and his quality work and I’m thoroughly impressed. And on top of that, he’s just a really great guy,” says Huff.

Jaymes, who began his career as an EMI and Universal Music Publishing artist, has gradually shifted into writing and production, working under longtime friend and mentor busbee. Throughout his career he has written and produced songs across all genres for Rachel Platten, Daya, Nightly, Emily Reid, Sarah Reeves, For All Seasons, Callista Clark, Spencer Sutherland, Matt Wertz and Tritonal. Jaymes credits have amassed upwards of 100 million streams and have been featured on a plethora of shows and networks, including Gilmore Girls, Jane the Virgin, 13 Reasons Why, Good Morning America, Old Navy, and many more.

“I first met Cameron through busbee years ago in LA,” says SVP Darrell Franklin. “He had such a passion for him and now it is obvious to hear why when you listen to the uniqueness and quality in Cameron’s music. He has such versatility both as a producer and a songwriter. Our goal is to take the momentum of what was built before us and continue to add to that in order to take that next step for Cameron”.

Jaymes is the first signing to the creative joint venture between Sheltered Music Publishing and Huff. The focus of this partnership will be centered on developing producer talent, as well as artists and songwriters.

“I am so excited to be joining the Sheltered Music family. Darrell, Dann, and Lance are incredible creatives and legends who each individually inspire me. I can’t overstate how much I appreciate the opportunity to work with, learn from, and be believed in by them,” exclaims Jaymes.

Sheltered Music is the Nashville Division of All Clear Music. LLC. In its first year, the company has completed deals with Burt Bacharach, Rodney Crowell, and Emmylou Harris. The growing roster has also recently added songwriters Melissa Peirce and Sara Haze, as well as signed developmental artists Jenna LaMaster and Kelsey Waters.