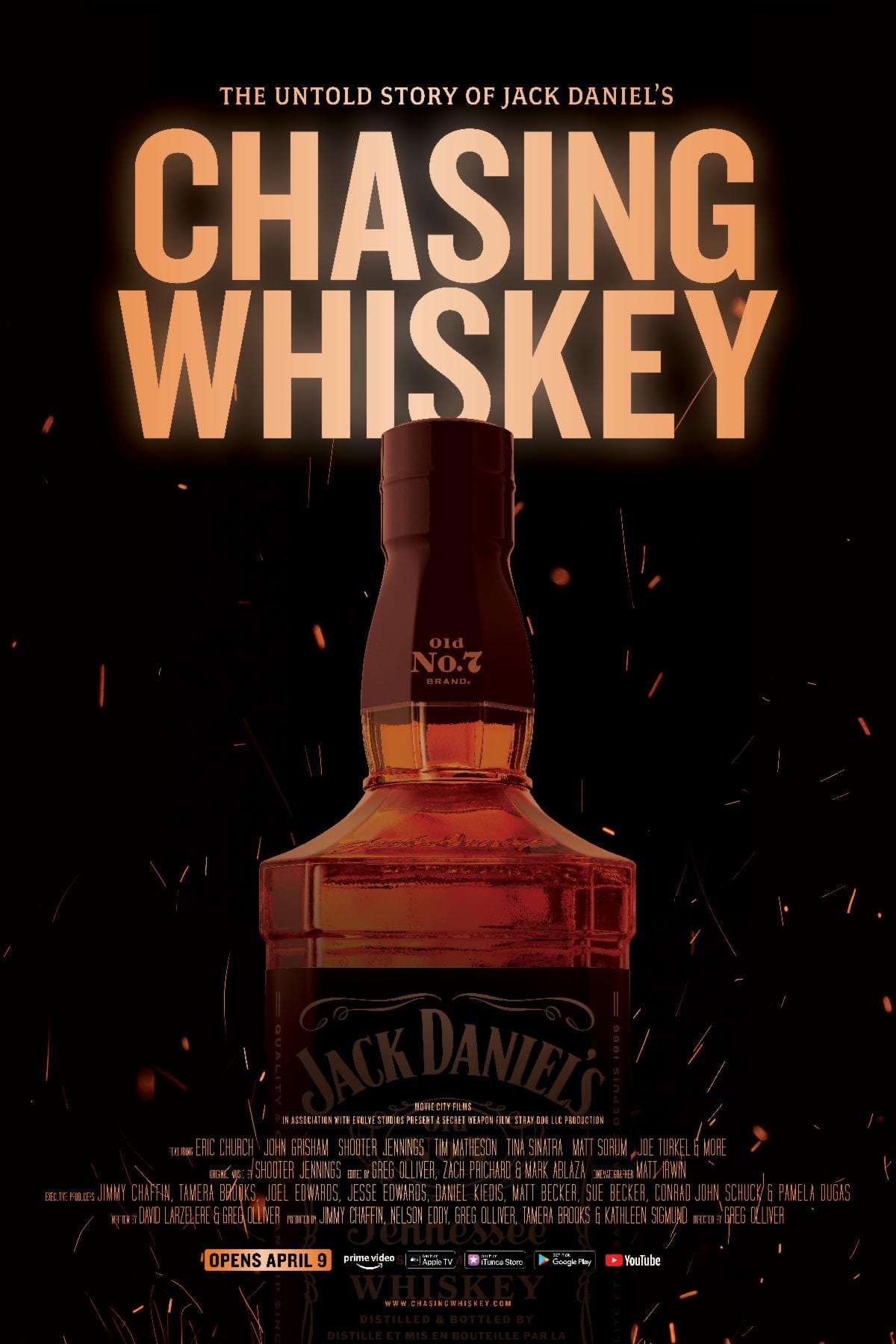 The film documents a cultural exploration into why people all over the world identify so deeply with one of the most distinctly American brands: Jack Daniels Whiskey. Through it all, Jack Daniel’s serves as the compass on a journey that offers a unique glimpse into humanity, shared values, differing views, dreams, and delusions. A 57,000 mile journey across five countries and 16 time zones, Chasing Whiskey – The Untold Story Of Jack Daniel’s is available now on iTunes, Apple TV, Amazon Prime Video, Google Play, and YouTube for $9.99 (HD/SD purchase) and $4.99 (HD/SD Video-On-Demand). Additional platforms will follow in the coming weeks, including VUDU, Comcast Xfinity, Dish Network, and DirecTV.

“Why is whiskey so intertwined with popular culture, and how did Jack Daniel’s become the most iconic whiskey brand in the world?,” asks filmmaker and director Greg Olliver. “These are some of the questions we were asking as we began our journey on Chasing Whiskey. Fortunately, no matter where we went, from Tennessee to Japan to Cuba to the outback of Australia – and even Scotland – we always found someone who had a compelling, personal story to tell about Jack. With unprecedented access that was given to us by Jack Daniel’s, we uncovered surprising stories that began even before Jack started making his own whiskey. We’re proud to present this insightful, whiskey-infused adventure that tells the story of Jack that’s been more than a hundred-and-fifty years in the making.”

The original music featured on the soundtrack was recorded in 2017 with Jennings providing piano and synthesizer alongside an all-star lineup of musicians that includes Guns N’ Roses and Velvet Revolver drummer Matt Sorum; Michael Devin (Whitesnake, From The Earth) on bass, harmonica, and vocals; Jesse Dayton on guitar and vocals; and longtime collaborator/fiddle player Aubrey Richmond (Duff McKagen, Mustangs of the West).

Lorie Hollabaugh
Hollabaugh, a staff writer at MusicRow magazine, has over 20 years of music business experience and has written for publications including American Profile, CMA Close Up, Nashville Arts And Entertainment, The Boot and Country Weekly. She has a Broadcast Journalism and Speech Communication degree from Texas Christian University, (go Horned Frogs), and welcomes your feedback or story ideas at l[email protected]