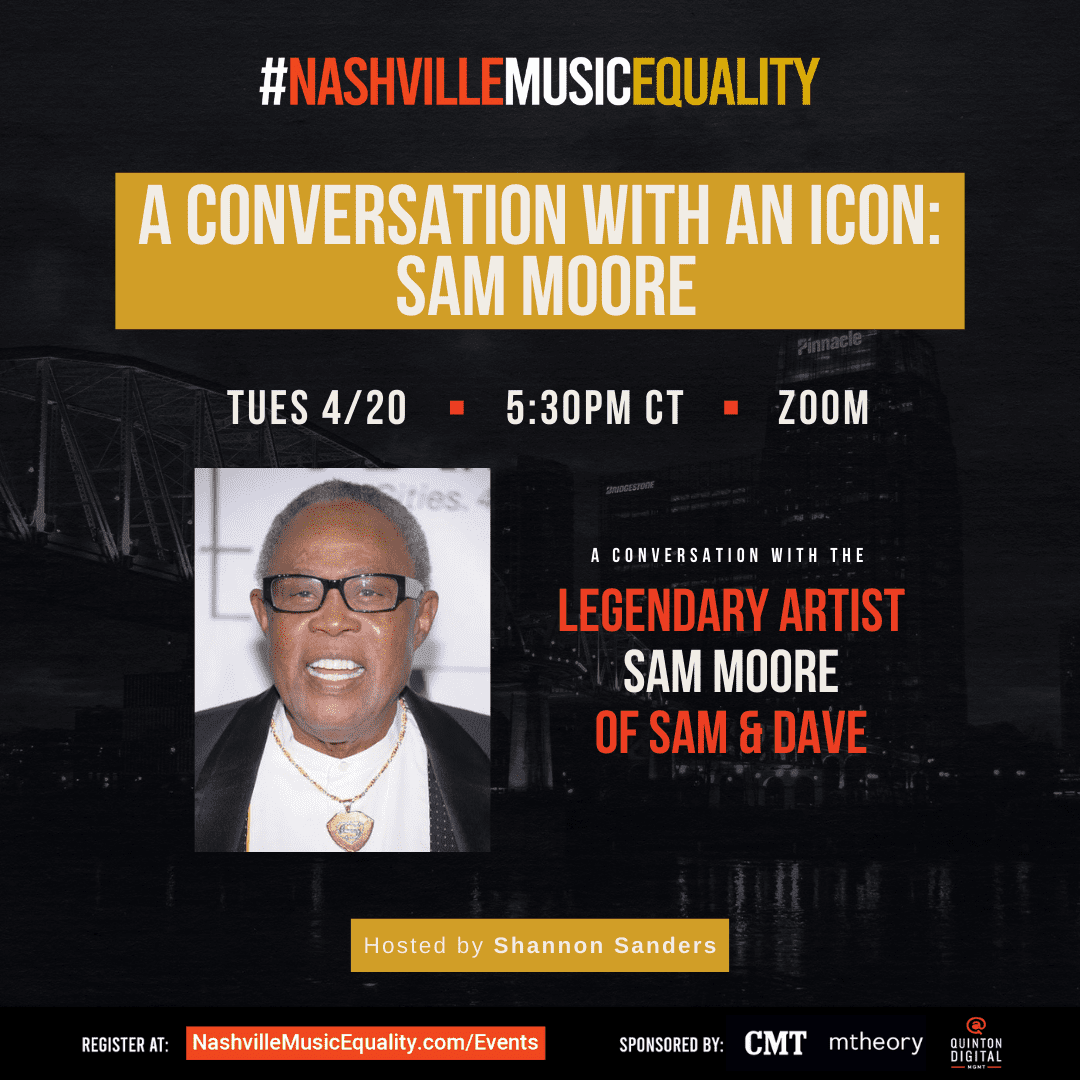 Nashville Music Equality is hosting a special virtual Night With A Legend, a conversation with the legendary “Soul Man” Sam Moore of Sam & Dave, hosted by NME’s President, Shannon Sanders on April 20. The evening will feature a discussion exploring Moore’s career and his story navigating the music industry.

Moore is best known for his work with the historic soul duo Sam & Dave, a group that sold more than 10 million records worldwide with hits “Hold On I’m Coming,” “I Thank You,” “When Something Is Wrong With My Baby,” “Soul Sister,” “Brown Sugar,” “Wrap It Up” and the monster hit “Soul Man,” which catapulted up both the pop and R&B charts. The music and sound of Sam & Dave became so popular that the duo served as the inspiration for The Blues Brothers parody by Dan Aykroyd and John Belushi. Moore has maintained his appeal and his stardom as a solo artist and continues to tour, scoring critical acclaim for his work.

He is also a member of the Rock & Roll Hall of Fame, the Grammy Hall of Fame, and the Vocal Group Hall of Fame, and enjoyed success in the country realm with his duet of “Rainy Night In Georgia” with Conway Twitty (Conway’s last recording), which earned them a Platinum record as well as two CMA award nominations.

To attend the event, register here.