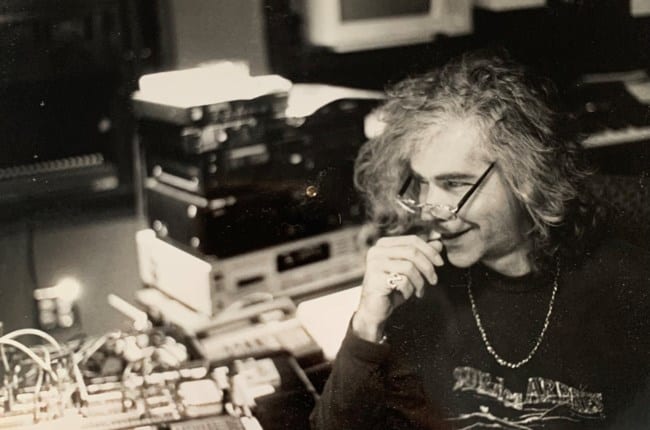 Robb Earls, one of the founding figures of Nashville’s new-wave rock scene of the 1980s, has died at age 69.

A vocalist, songwriter and synthesizer performer, Earls led the acclaimed techno-pop bands Factual, Warm Dark Pocket, Big Bong Theory and This Midnight Stream. He was also active as a producer/engineer for David Olney, Lambchop, Webb Wilder and many others.

Born Robert W. Earls Jr., the pop/rock pioneer was a Nashville native who came of age musically at the nightclub Phranks ‘N’ Steins (1909 West End Avenue, the basement of where the St. Mary’s Bookstore is today). During the venue’s heyday in 1979-80, the punk, new-wave and techno-pop scenes in Music City were born. Early Nashville modern-rock acts during this era included Cloverbottom, File 13, The Ratz and Committee for Public Safety.

After a brief stint in the group Actuel, Robb Earls formed Factual in early 1981 with drummer Bone Brown, bassist Johnny Hollywood and guitarist Skot Nelson. Unlike most studio synth acts, Factual was equally potent as a live band.

The group swiftly grew from being a Nashville club attraction to a touring as a popular phenomenon in Atlanta, Louisville, Chapel Hill, Philadelphia, Washington D.C., Indianapolis, Athens, Raleigh, Memphis, Birmingham and Chicago. It eventually scored a showcase at the famed Danceteria in New York City.

Factual made its disc debut with tracks on the local-rock compilations Never In Nashville (1981) and The London Side of Nashville (1982). In the summer of 1982, it issued its debut single “Think to the Beat” / “Your Way” on red vinyl. Reviewers favorably compared the band to Joy Division, Ultravox and Human League. The sound was catchy and highly danceable, yet shot through with socially conscious lyrics.

Robb Earls next formed Warm Dark Pocket with vocalist and synth player Marilyn Blair. The act issued a four-song, techno-pop mini-LP in 1986. Following that, Big Bong Theory was his experiment in psychedelic rock.

Since the 1990s, Robb Earls had been working as the Sound Vortex studio owner, as well as an engineer and producer. In addition to Olney, Wilder and Lambchop, he worked with DeGarmo & Key, Bonepony, Tom House, Doug Hoekstra, Jet Black Factory, Clockhammer, Paul K., Silvain Vanot, Tom Ovans, Dessau and more, including a number of European artists.

While working on a solo project, Earls discovered the work of Nashville rock songwriter Carole Edwards. The two formed This Midnight Stream and issued a full-length, dance-pop CD titled Cinematic in 2001. He was a strong advocate of the Nashville independent-music community by then and remained so thereafter.

Robb Earls died on March 11. He is survived by children Emily and Edwin, sister Karallyn Earls Streit and six cousins. A Celebration of Life will be held at a future date. Condolences may be offered online here.