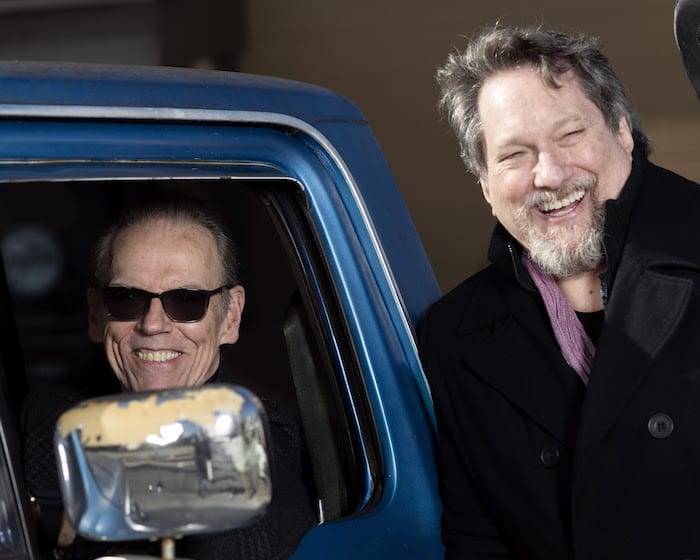 John Hiatt has collaborated with The Jerry Douglas Band on a unique new project, Leftover Feelings, set for release on May 21 via New West Records.

The 11-song collection was produced by Jerry Douglas and recorded at the Historic RCA Studio B in Nashville. The  meeting of these two forces in American music in such a legendary setting produced an album filled with deep and true grooves, empathetic musicianship, and startlingly vulnerable performances from Hiatt. The Country Music Hall of Fame and Museum premiered the video for the track, “All The Lilacs In Ohio,” which was filmed at RCA Studio B during the recording sessions. Additional digital content that highlights the project will also be published by the museum, expanding its educational commitment to the iconic studio.

The collaboration follows Hiatt’s 2018 studio album The Eclipse Sessions, which received widespread critical acclaim, and The Jerry Douglas Band’s 2017 studio album, What If, which was nominated for a Grammy Award in the “Best Contemporary Instrumental Album” category. Hiatt’s lyrics and melodies have graced more than 20 studio albums, and have been recorded by Bob Dylan, Emmylou Harris, B.B. King & Eric Clapton, Willie Nelson, Bonnie Raitt, and scores of others, and earned him a place in the Nashville Songwriters Hall of Fame, A BMI Troubadour award, and a lifetime achievement in songwriting designation from the Americana Music Association. Douglas, a Dobro master who reinvented the instrument and is responsible for bringing it to popular presence in modern times, has performed on more than 1,500 albums for artists including Ray Charles, George Jones, Alison Krauss, Earl Scruggs, and James Taylor, to name a few.