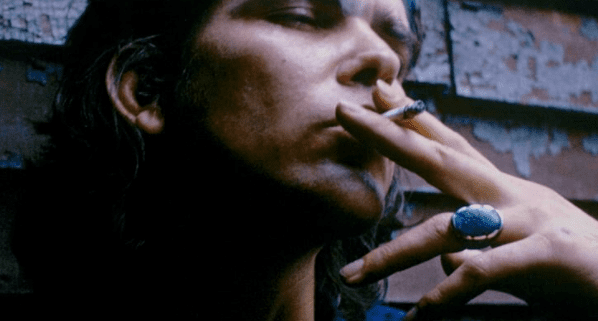 Without Getting Killed or Caught, a documentary about the life and legend that is songwriter Guy Clark, has announced a number of additional screenings beginning on March 23. All of the events will include a 90-minute showing of the documentary, available to view during the allotted screening time, followed by a 20-minute discussion with special guests.

The film chronicles the relationship between Clark, his wife Susanna Clark, and fellow musician Townes Van Zandt, and pulls from Susanna’s personal diaries as well as Tamara Saviano’s 2016 Clark biography. It was produced and directed by longtime Americana music producer/executive Saviano and filmmaker Paul Whitfield, and features interviews with Clark himself along with poignant reflections from some of his closest friends and musical allies, including Rodney Crowell, Steve Earle, Vince Gill, Verlon Thompson, and Terry and Jo Harvey Allen, as well as record executive Barry Poss.

All showings will be priced at $25. A full list of screenings is below and more information, including where to purchase tickets, can be found at withoutgettingkilledorcaught.com/tickets.

The film is set to make its virtual world premiere at the 2021 SXSW Film Festival on March 18 at 10 AM CT and can be watched by badge holders at any time throughout the duration of the festival.

Without Getting Killed or Caught virtual screening schedule:

All screenings powered by Seer.